Deutsche Bank Has Made the First of the 18,000 Job Cuts

Deutsche Bank has made the first of the 18,000 job cuts announced on Sunday as part of a radical reorganisation. Teams of share traders... 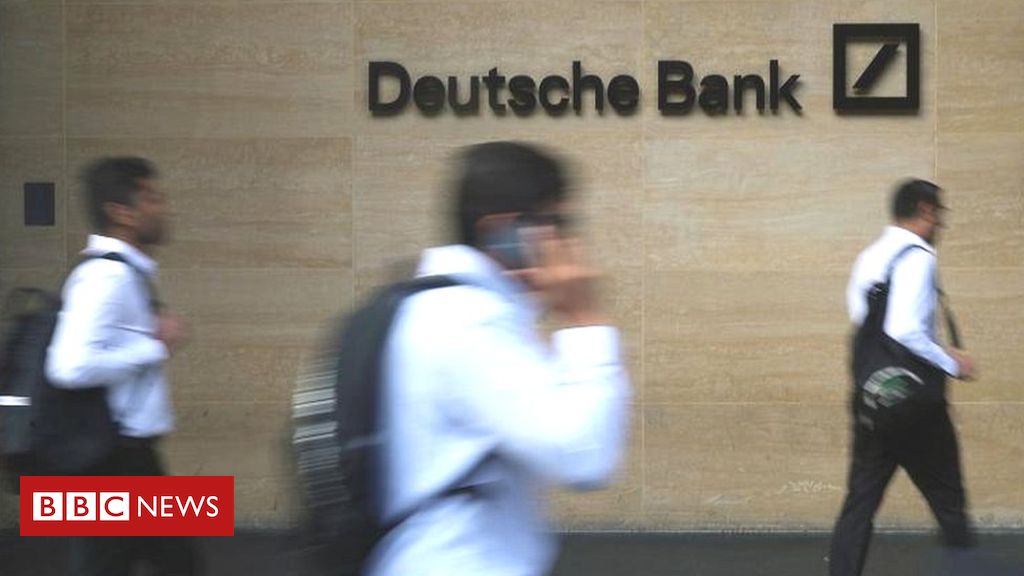 Deutsche Bank has made the first of the 18,000 job cuts announced on Sunday as part of a radical reorganisation.

Teams of share traders in Tokyo and other offices in Asia were told on Monday that their jobs were going.

In London, some staff stayed away from work after being told their passes would stop working at 11:00.

A spokesperson said the aim of the changes, which will shrink its investment banking business, was to make the bank “leaner and stronger”.

Deutsche Bank is yet to specify exactly where the rest of the jobs will be lost.

But it will pull out of activities related to trading shares, much of which takes place in London and New York.

One equities trader in Hong Kong, who had been with the bank for two years, told Reuters: “There is hardly any work getting done today and folks are just mailing or calling friends or headhunters. Half of the floor is gone and others are just waiting to be called in.”

The trader said he and his colleagues had been escorted from their meetings with human resources to the lifts without being allowed to return to their desks.

Shares in Deutsche Bank were down nearly 2% by mid-morning as investors reacted to the shake-up.

With almost 8,000 staff, Deutsche Bank is one of the biggest employers in the City of London.

“We will retain a significant presence here and remain a close partner to our UK clients and to international institutions that want to access the London market,” it said in a statement on Monday.

In a conference call, Deutsche Bank chief executive Christian Sewing declined to give regional breakdowns of the job cuts, but confirmed that the process of informing those affected had already begun.

He described the job losses as “painful but unavoidable to ensure Deutsche Bank’s long-term success”.

What is the bank doing?

It will also report a second-quarter loss of €2.8bn, partly due to the costs of the shake-up.

A Deutsche Bank spokesperson said: “We have decided to focus our resources on businesses where clients need us most.

“We are setting up a dedicated corporate bank specialising in the financing and treasury products the world’s companies need to support trade and investment around the globe.

“Deutsche Bank will remain an international bank. That’s what our clients need.”

What do the staff who are losing their jobs actually do?

Basically, they buy and sell shares on behalf of clients and companies.

Transactions may include buybacks, when a company wants to repurchase its own stock as a way of returning money to shareholders, or rights issues, when a company needs to raise cash on the capital markets.

This sector of banking, the equities business, is one area in which Deutsche Bank has decided it is just not competitive enough.

Mr Sewing told journalists on Monday that the aim was to create “a bank that competes to win”.

He added: “If we can’t compete with the best, we won’t be in the game.”

The reorganisation of the business follows the failure of merger talks with rival Commerzbank in April.

The German government had supported the tie-up, hoping it would create a national champion in the banking industry.

However, both banks concluded that the deal was too risky, fearing the costs of combining might have outweighed the benefits.

Deutsche Bank has been struggling for years with the decline of its investment bank and has made several attempts to revamp its business.

The latest plan, the most ambitious so far, has already prompted the resignation of one top executive.

On Friday, the bank announced that its head of investment banking, Garth Ritchie, was leaving.

What’s bad for Deutsche Bank could be good for Barclays.

The once-mighty German firm’s retreat from international investment banking leaves Barclays as the last European bank standing in a sector dominated by US giants such as Goldman Sachs, JP Morgan Chase and Morgan Stanley.

As one Barclays insider told the BBC: “Deutsche is where Barclays was five to 10 years ago. The difference is that we had a successful retail business (loans, mortgages, credit cards) to help us endure the most difficult times. Deutsche Bank hasn’t got that.”

The structure of the German banking sector is very different from the UK with lots of smaller regional banks grabbing most retail customers.

Barclays has been picking up market share from Deutsche and other European banks for over a year now and will see this as a further opportunity to expand into the space vacated by the German retreat.

While Barclays may pick up business, the real victors from Deutsche’s demise are the US banks who have prevailed after many unsuccessful attempts (RBS, UBS, DB and others) to muscle into the so-called “bulge bracket” of international investment banks.

Wall Street is arguably more powerful than ever.

Are you affected by the job cuts at Deutsche Bank? haveyoursay@bbc.co.uk

Please include a contact number if you are willing to speak to a BBC journalist. You can also contact us in the following ways: