‘Delhi in ICU’: Spike in respiratory diseases due to toxic smog

Hindu women worship the Sun god in the polluted waters of the river Yamuna during the Hindu religious festival of Chatth Puja in New...

A slight improvement was recorded in Delhi’s air quality on Monday on a day when the government rolled out the odd-even scheme, pulling almost 1.5 million private vehicles off the roads.

On Tuesday, the city’s air quality index (AQI) of 411 was still in the “severe” category. The safe limit prescribed by the World Health Organisation is 60.

More than 40 million people living in and around Delhi have suffered from the “poisonous air” as politicians indulged in the blame game and in some instances offered bizarre solutions.

Delhi has a round-the-year pollution problem with residents yearning for days when they can breathe clean air. It is among the 14 Indian cities listed in the World Health Organisation’s top 15 most polluted cities globally.

Vehicles and industrial activities are major contributors to air pollution along with rampant construction. 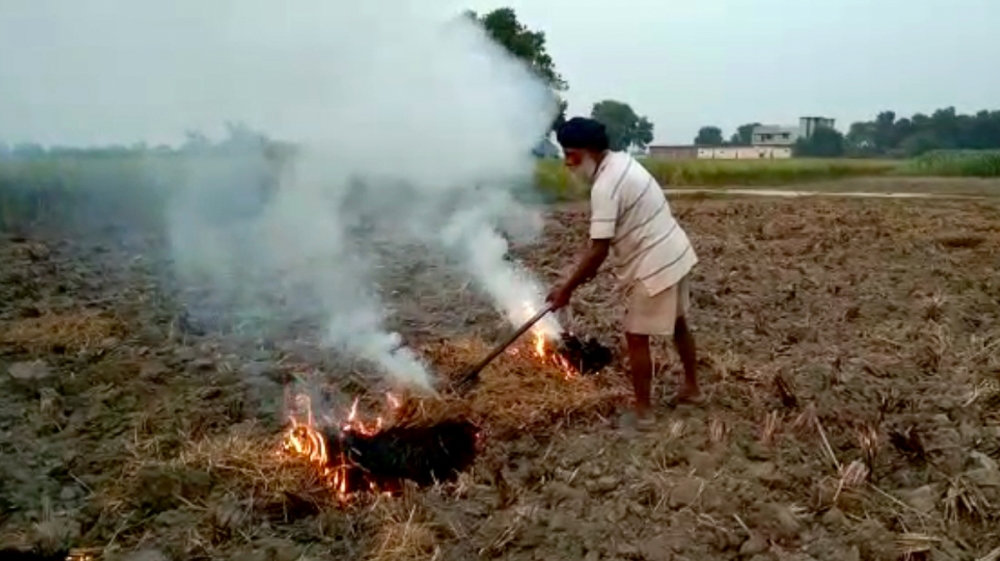 Every year around October-November, the air quality in Delhi plunges into hazardous category due to stubble burning in the neighbouring northern states [Still from video/AP Photo]

But every year around October-November, the air quality plunges into hazardous category due to stubble burning in the neighbouring states of Punjab and Haryana.

India’s Supreme Court on Monday lashed at both Prime Minister Narendra Modi led central government and Delhi government saying they are not doing enough to curb the pollution levels rather passing the buck to each other.

“Delhi is choking every year and we are unable to do anything. This can’t be done in a civilised society,” the court said.

The top court called on the city authorities, as well as neighbouring state governments, to work out a solution to this recurring problem.

The pollution levels of this scale is linked to chronic bronchitis, lung cancer and heart disease, health practitioners say.

The air quality in Delhi has been particularly bad since October 28, a day after the Hindu festival of Diwali, and doctors say they have recorded a 20 to 30 percent spike in the number of patients with respiratory diseases.

Doctors say that they have seen worsening of symptoms due to toxic air in patients with asthma and Chronic Obstructive Pulmonary Disease (COPD).

“The air pollution is a very big health concern. The trends are worrying,” said Dr Karan Madan, a pulmonologist at All India Institute of Medical Sciences (AIIMS), New Delhi.

“The effects [of a crisis] are sometimes not very immediately apparent. The immediate apparent effects of cough, itching in the eyes, sore throats, might be just a tip of an iceberg.

“But what is happening with all the pollutants that one is inhaling in such a large quantity over such a long time, their health effects in the long term will be very significant,” Dr Madan told Al Jazeera.

A study by Centre for Science and Environment, a Delhi-based advocacy group, released in June said that that poisonous air kills more than 100,000 children under five every year in India.

Life expectancy of people living in the Indo-Gangetic Plain has reduced by up to seven years due to poor air quality, found a study by the Energy Policy Institute at the University of Chicago, released last week.

The crisis has prompted the government to declare a public health emergency, shutting down schools and banning construction work.

Earlier, Kejriwal, the Delhi Chief Minister, announced to distribute about 5 million face masks to schoolchildren as the city reeled under the worst pollution crisis in years.

The third edition of odd-even scheme was also rolled out on Monday, under which cars with odd and even numbers can ply on Delhi’s roads on alternate days. 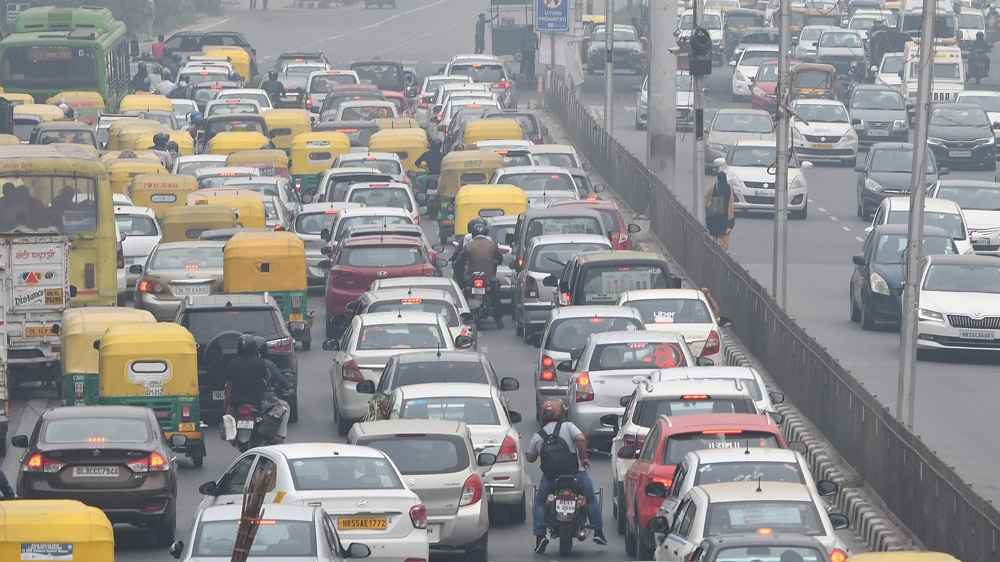 But analysts say that it’s not enough.

“There should be zero tolerance towards any violations contributing to direct triggers of air pollution,” she told Al Jazeera.

Pallavi Pant, an air quality scientist based in Boston, told Al Jazeera that air pollution is a multi-sectoral problem and is a serious environmental concern across India, not just in Delhi.

Pant further said that a discussion on Delhi’s air quality is incomplete without the broader discussion on air pollution in the Indo-Gangetic plains.

“Air doesn’t respect geographic or political borders, and in order to improve air quality in the Delhi region, we need a strategy that address both local sources and regional sources and that includes government actors from various departments and states,” she added.