Reports say that as many as 4,000 people have been forced to evacuate due to the violence in Wamena on Monday The... 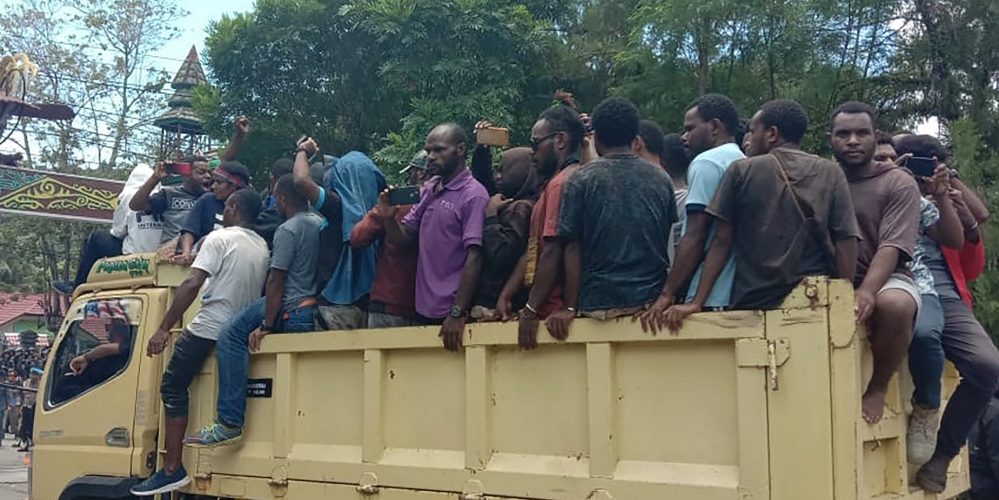 Reports say that as many as 4,000 people have been forced to evacuate due to the violence in Wamena on Monday [Vina Rumbewas/AFP]

The death toll resulting from the latest violent protests in Indonesia’s West Papua region has risen to 32, as President Joko Widodo appealed against the spread of fake news that provoked the clashes.

Ahmad Kamal, police spokesman in Papua province, told Al Jazeera on Tuesday that 28 demonstrators were now confirmed killed, and 66 others injured during the protest on Monday in the city of Wamena.

That brings the death toll to 32 including the three demonstrators and one military officer, who were confirmed killed on Monday in Jayapura, Papua’s capital city.

Late on Monday, the president, also known as Jokowi, appealed to residents of West Papua “not to be provoked by a hoax”, the common term used in Indonesia to refer to fake news.

Jokowi also appealed to the demonstrators not to destroy government properties, following reports of damage to public and private properties in Wamena.

Meanwhile, Indonesia‘s national news agency, Antara, confirmed  on Tuesday that “no less than 16 non-native Papuans and one native Papuan resident” were killed in Wamena, while 66 others were injured “by the rioters brandishing machetes and arrows”.

Lt Col Candra Dianto, a military district commander in Wamena, told Antara that those who were injured were rushed to the local hospital for medical treatment.

Candra was also quoted by Antara as saying that a “gun battle” erupted between Indonesian security personnel and a group of “armed separatists” in Wamena on Monday, leading to the deaths.

“Military and police personnel will trace and evacuate other students that may have still been trapped in their houses, and kiosks that the brutal rioters had set ablaze when they run amok,” Antara reported. 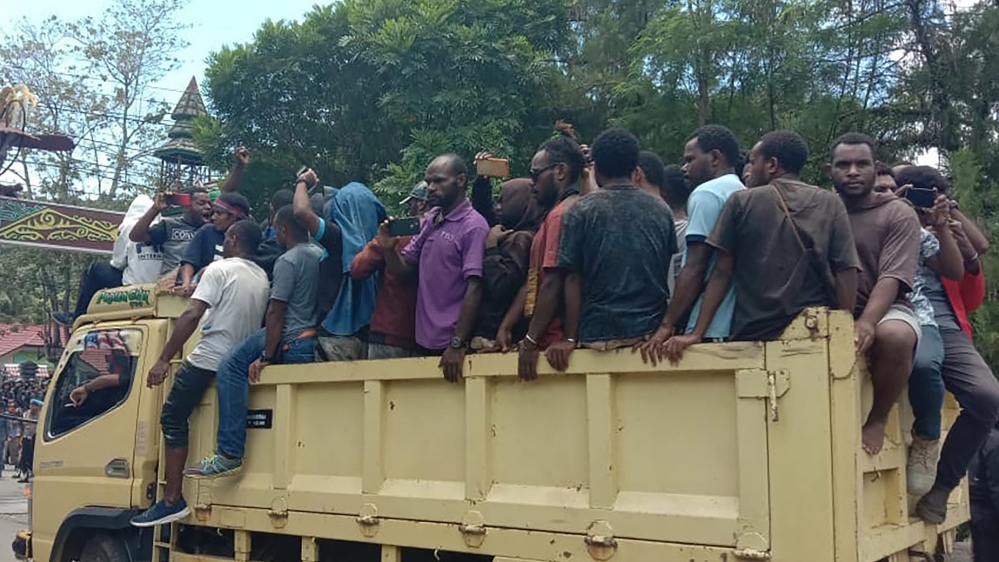 There have been reports that as many 4,000 people have been forced to evacuate due to the latest clashes. Al Jazeera could not independently confirm the report at time of publication.

Kamal, the police spokesman in Papua province, said in an interview with Al Jazeera that Monday’s clashes were triggered by “fake news” claiming that a teacher in a Wamena school, called SMA PGRI Wamena, used racial slurs against a student.

The rumour quickly spread through SMS message, angering other students across the city of Wamena.

“We are now looking for the student who first spread the message, we want to ask for a clarification,” Kamal said.

Kamal said that some civilians in Wamena had fled their homes and sought shelter at local police and military stations, as well as the local legislative building, for fear of getting caught in the violence.

Kamal, however, insisted that they had not received any reports of demonstrators suffering from gunshot wounds.

But Yance Wetipo, 18, a student in Wamena told Al Jazeera, said he witnessed one of the students getting shot.

“I saw with my own eyes, the students were throwing rocks. The police looked confused and panicky, and they fired tear gas to the right and left direction of the protesters, then one of my friends was shot in his chest,” he said.

Kamal said police were looking into reports that some of the demonstrators were from the National Committee for West Papua (KNPB) – the largest indigenous youth group that pushed for independence.

The group has been a frequent target of police operations.

Ones Suhuniap, the KNPB’s spokesman, however, denied the allegations, saying the group had never issued any instructions to take any action.

“The anti-racism demonstration in Papua was spontaneously organised movement by the Papuans,” Ones said in a statement sent to Al Jazeera.

Indonesia’s West Papua is the poorest region in the country. It was a Dutch colony until the early 1960s when Indonesia took control, cementing its rule with a controversial referendum.

The government in Jakarta maintains that the region, which occupies the western half of the island of Papua New Guinea, is part of the country because it was under the Dutch East Indies, which forms the basis of the country’s modern-day borders.

A low-level armed rebellion by indigenous Papuans has been rumbling for years against the central government in Jakarta.

Since the latest round of violence that erupted in mid-August, several people have been killed during protests in Jayapura.

Since then, the government has deployed thousands of troops to the region and arrested activists to quell the protests.