Five months into a Syrian regime offensive to wrest control of Idlib Province – the last major rebel-held bastion in the war-torn country –... 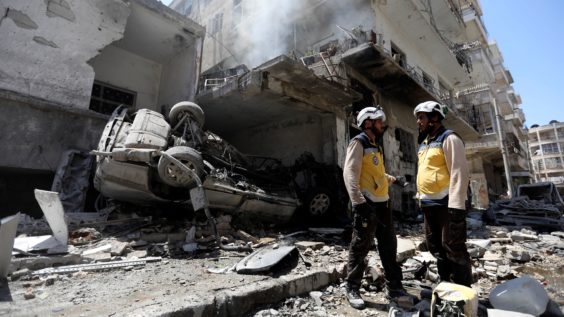 Five months into a Syrian regime offensive to wrest control of Idlib Province – the last major rebel-held bastion in the war-torn country – Damascus has reportedly agreed to a cease-fire. It is the second truce over the past month, with the first one having fallen apart after three days amid mutual recriminations. Russia’s defense ministry confirmed the agreement, although the Assad regime stressed that it continued to “reserve[e] the right to respond to any violation by the terrorists” – a reference to the al-Qa’ida-linked organization that has controlled most of Idlib since 2014. The announcement comes as the US and Turkey were set to launch a joint operations center geared toward carving out and then monitoring a “safe zone” in the northwestern region, which straddles the Syrian-Turkish border. Ankara has come out strongly against the Russian-backed assault in Idlib, amid fears that some 4 million civilians in the cross hairs would seek refuge in Turkey, which is already home to over 3.5 million Syrian refugees. In response, President Recep Tayyip Erdogan threatened to launch a cross-border military operation to oust from the area US-supported Kurdish YPG units, which Turkey views as an extension of the banned PKK. Already, there have been near misses during the fighting in Idlib, with Ankara having last month accused Damascus of targeting one of its military convoys as well as an observation post.