Cyclone Idai knocked this major port city into an earlier age, but the destruction is only part of the problem 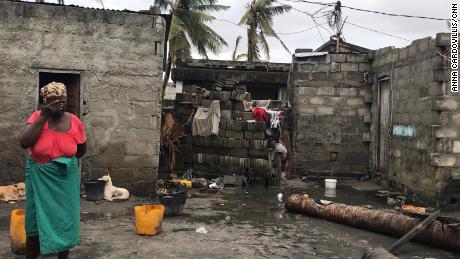 We came across Escola Santa Lucia driving from the airport. What made us stop was the sight of aluminum roofing strewn across the entire school, hanging precariously as if a giant had ripped apart the structure.
Against a wall sat a little girl reading a math book, one of many children who has returned to the school, according to its director, Batista Comesario Gaetano.
In an age of advanced meteorology, when hurricanes and cyclones are named in advance and warnings go out as storms approach, it’s troubling to imagine how much worse it might have been if Cyclone Idai did not arrive in the dead of night.
Idai took something from everyone and knocked this significant port city into a pre-digital world. Everything that modern Africa has come to rely upon has been snatched away.
Telecommunication masts, satellite feeds and the internet bowed to the cyclone’s force. At this moment, you cannot pay for your dinner with a credit card and there are queues outside ATMs.
Affluent homes built in Portuguese colonial style lost their tiled roofs. So did modest brick homes topped with aluminum sheets.
On Avenue Eduardo Mondhlane, strong winds uprooted massive trees and tossed them into homes. 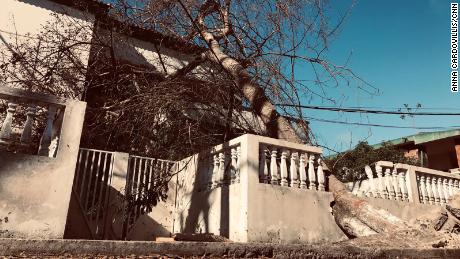 Electricity pylons are nearly submerged in water. Telephone poles look like stumps of wood floating in water.
Cathedrals, restaurants, banks, even the Port of Beira — where the cyclone dislodged shipping containers — were all affected.
And then there is the water on the drive inland. On the road to Tica, some 80 kilometers from Beira’s beaches, all you see is more water.
Footage from a drone’s point of view shows massive tracts of land completely submerged and more trees snapped like twigs despite their age and girth.
Many are wondering what might come in this heady mixture of water, death and stifling heat as bodies wash up from swollen rivers and their tributaries. Eyewitnesses shared ghastly accounts of seeing bodies in the water.
The flooding is creating ideal conditions for disease outbreaks, the International Federation of the Red Cross and Red Crescent Societies said. Already, cholera cases have been reported in Beira along with an increasing number of malaria infections among those trapped by the flooding, the group said. The government is setting up cholera treatment centers in affected areas.
Mozambican President Filipe Nyusi called Idai a disaster of great proportions. And because Idai also hit neighboring Zimbabwe and Malawi, this humanitarian disaster could have far greater consequences if the threat of disease is not contained.