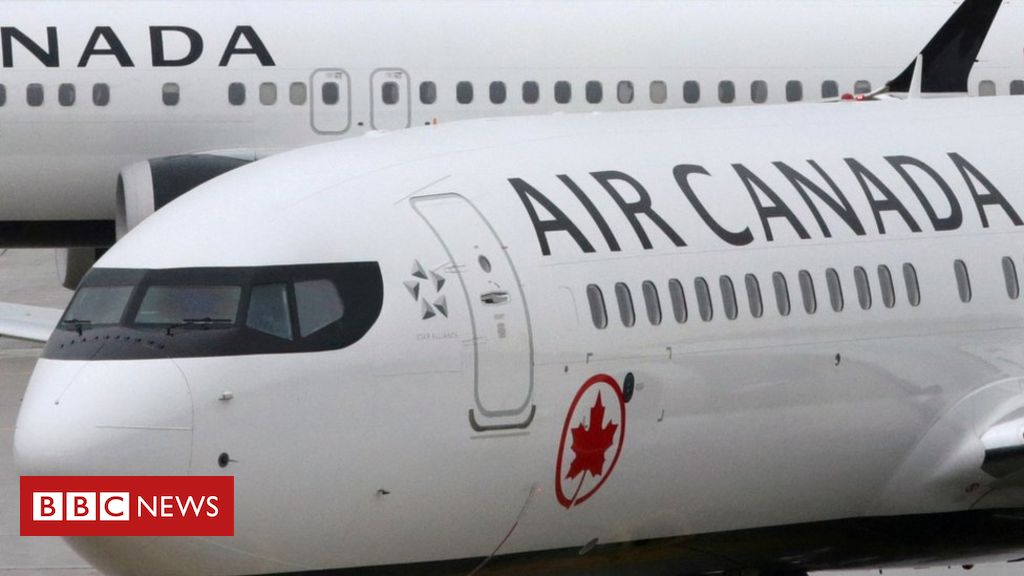 Air Canada has been ordered to pay a French-speaking couple 21,000 Canadian dollars ($15,700; £12,900) and write them a letter of apology for violating their linguistic rights.

The couple complained that some signs on a domestic flight they took were only in English, while others gave the French version less prominence.

A judge ruled that the airline had breached Canada’s bilingualism laws.

Air Canada reportedly told the court it would work to replace the signs.

Ontario couple Michel and Lynda Thibodeau filed 22 complaints against the airline in 2016.

Among them, they argued that the word “lift” was engraved on the buckles of their seatbelts in English but not in French, while French translations of words such as “exit” were in smaller characters.

They also said the English-language boarding announcement for their Montreal-bound flight was more thorough than the French version.

“Air Canada systematically violates the linguistic rights of Francophones,” the couple argued, according to the written judgment for the case.

In the ruling, the Ottawa court judge agreed that the airline had “not upheld its linguistic obligations”.

Air Canada is subject to the country’s Official Languages Act, which seeks to ensure that English and French are given equal status.

The airline had argued that the couple was interpreting the act too strictly, according to the court documents.

In an interview with Canadian broadcaster CBC, Mr Thibodeau said he was satisfied with the judgement but hoped to see signs on Air Canada flights improve in the future.

“Signage must be of equal quality,” he said. “My expectation is that within a couple of months, we will be able to fly on any Air Canada plane, and finally signage will be in both official languages.”

It is not the first time the couple have accused the airline of violating their linguistic rights. In 2014, the Supreme Court ruled that they could not sue Air Canada over a mistaken drink order on an international flight and would have to settle for an apology, the Toronto Sun reported.