According to a recent study in mice, consuming green tea might reduce the risk of obesity and its related conditions. It appears that the... 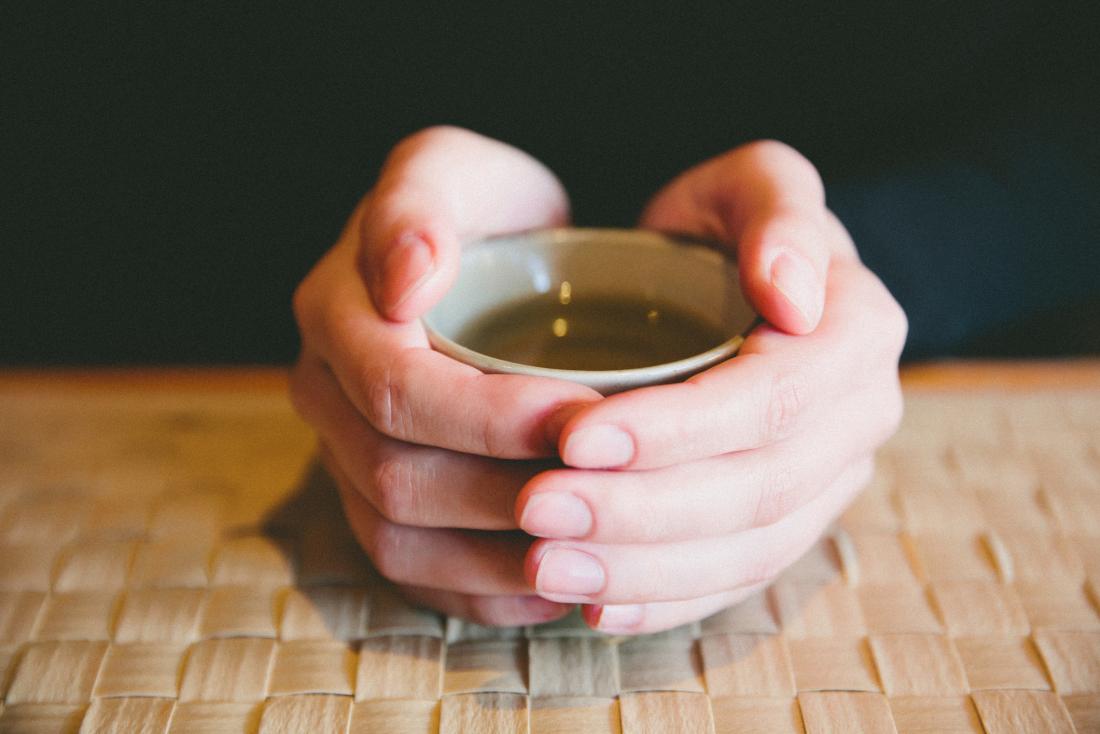 All across the United States, obesity rates are rising.

According to the Centers for Disease Control and Prevention (CDC), in some states, more than 35 percent of adults are obese.

The World Health Organization (WHO) explain that globally, obesity prevalence has almost doubled since 1980.

Many factors are involved in this steady increase in weight, and so far, reversing the tide has proven challenging.

Because of this seemingly unstoppable trend, finding simple ways to minimize the risk and influence of obesity could have a wide-ranging impact.

Obesity also increases the risk of other issues, such as diabetes and other metabolic conditions. As obesity increases, so too do these related problems; therefore, it is also important to find ways of minimizing their impact.

Recently, a group of researchers from Ohio State University in Columbus set out to investigate how green tea compounds might interact with gut bacteria and influence obesity and obesity-related conditions.

The scientists recently published their findings in the Journal of Nutritional Biochemistry.

Past research has shown that green tea might help fight obesity and inflammation; however, results have been contradictory. Prof. Richard Bruno, lead author of the new study, set out to find firmer answers. He says:

“The results of studies looking at obesity management so far have been a real mixed bag. Some seem to support green tea for weight loss, but a lot of other research has shown no effect, likely due to the complexity of the diet relative to a number of lifestyle factors.”

To investigate, the scientists studied male mice. For 8 weeks, they fed half of the mice a standard diet, and the remaining half ate a high-fat diet that causes obesity. The researchers mixed green tea extract into half of each group’s food.

They did not include female mice in the study because they are relatively resistant to diet-induced obesity and other related metabolic changes.

After those 8 weeks, the scientists measured a range of factors, including gut permeability, or “leaky gut.” Experts have implicated leaky gut in inflammation and other associated health conditions.

They also measured inflammation within the gut and fat tissue and the composition of the microbiome, or the species of bacteria present in the gut.

Also, they assessed levels of endotoxins in the bloodstream; gut bacteria produce these chemicals, and once in the blood, they can move around the body, driving inflammation and insulin resistance, which is a precursor to diabetes.

“This study provides evidence that green tea encourages the growth of good gut bacteria, and that leads to a series of benefits that significantly lower the risk of obesity.”

The results also showed that the mice that ate both a high-fat diet and the green tea supplement had less inflammation and reduced levels of endotoxins in their blood. As the researchers expected, leaky gut affected these mice to a lesser extent.

The researchers showed that animals who consumed the green tea supplement had a healthier microbial community.

Interestingly, the benefits the team saw in the high-fat-diet group were also present in the mice that consumed a normal diet with a green tea supplement. The benefits were not as pronounced but still measurable.

These results are interesting and will certainly add to the debate. However, it is important to note that to consume an equivalent amount of green tea as the mice did in the study, a human would need to drink around 10 cups per day.

Although, as Prof. Bruno notes, in some parts of the world, consuming that level of green tea is not particularly unusual.

He is keen to explain that it is too soon to extrapolate the findings to humans; scientists will need to conduct much more research. That said, he is still hopeful that simple lifestyle interventions such as this could be useful one day.

“Two-thirds of American adults are overweight or obese, and we know that just telling people to eat less and exercise more isn’t working. It’s important to establish complementary health-promoting approaches that can prevent obesity and related problems.”