The coronavirus outbreak claimed its first victim in Beijing, according to authorities Public health experts in Hong Kong on Monday raised alarms...

The coronavirus outbreak claimed its first victim in Beijing, according to authorities [Mark Schiefelbein/AP]

Public health experts in Hong Kong on Monday raised alarms that there could be thousands more carriers of a deadly new coronavirus in China and called for the enforcement of “draconian” travel curbs to prevent a global epidemic.

As of Tuesday, China had confirmed 106 deaths, including the first fatality in the capital, Beijing. It also reported at least 4,515 infections, with 1,771 new cases confirmed. Several other countries  – including Germany, France, South Korea, Japan, Nepal, Thailand, Taiwan, Australia, the United States, Singapore and Vietnam, among others – have also confirmed cases.

During their Monday briefing, the two experts from The University of Hong Kong (HKU) said that as many as 44,000 people may have already been infected with the virus that first emerged in the Chinese city of Wuhan, the capital of Hubei province, adding and that the number could double by the end of this week.

Gabriel Leung, the dean of HKU’s department of medicine, and Joseph Wu, an expert analyst on the spread of diseases, said there could be between 25,000 and 26,000 people infected with the coronavirus, while the rest may still not showing signs despite already being infected.

Leung, a Harvard-trained doctor, and Wu, an MIT graduate in chemical engineering and operations research, called for “substantial, draconian measures limiting population mobility” as they warned that human-to-human contagion may be already happening in other cities.

“We have to be prepared that this particular epidemic may be about to become a global epidemic,” Leung said, noting that the quarantine measures implemented so far on tens of millions of people might have a limited effect.

An estimated 56 million people have been ordered on lockdown in Hubei province, with authorities closing off almost 20 cities in efforts to contain the virus.

Aside from the travel restrictions, Beijing has also ordered the construction of at least two makeshift hospitals in Wuhan, which are expected to be finished in early February. The National Health Commission announced on Tuesday that 10,000 hospital beds are being reserved for infected patients.

The two HKU experts said that based on the data that they have analysed, Chongqing, with a population of more than 30 million, could be the next city most affected. They also warned the infection could possible spread further to other major cities such as Beijing, Shanghai, Shenzhen and Guangzhou – all key transportation hubs and with direct links to Wuhan.

The findings of the HKU experts have already been submitted to the World Health Organization (WHO), as the monitoring of the spread of the virus continues.

On Tuesday, following a meeting with Chinese Foreign Minister Wang Yi in Beijing, WHO chief Tedros Adhanom Ghebreyesus urged calm in dealing with the outbreak, expressing “confidence” in China’s ability to control and contain the virus, which initially emerged in late December.

Dr Linfa Wang, the top infectious disease expert at Duke-National University of Singapore (NUS), said the next two weeks are “very, very crucial” in determining whether China’s current response to the outbreak is working.

He noted that the infection’s incubation period could last up for up to two weeks, a period that includes the conclusion of Lunar New Year celebrations which will usher in another mass movement of people either  returning to their home cities or heading back abroad. 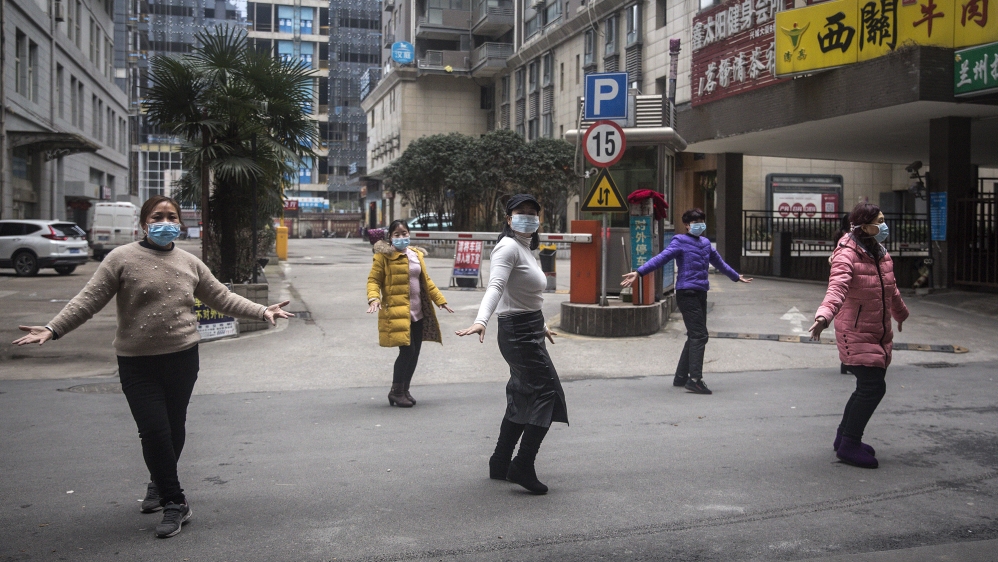 But Wang also cautioned against speculation about the number of infections.

“We should be paying more attention to cases in other countries. For me, the better indicator is overseas,” he said, adding that so far, he has not seen a repeat of the 2002-03 Severe Acute Respiratory Syndrome (SARS) outbreak that killed hundreds of people.

Wang said that he “tends to be more positive” that early detection and awareness of the outbreak, as well as the response of other countries, are helping control the spread of the disease abroad.

“Outside of China, it is clearly working,” he told Al Jazeera, adding that it “is quite encouraging” that the cases are largely, largely imported from China”. 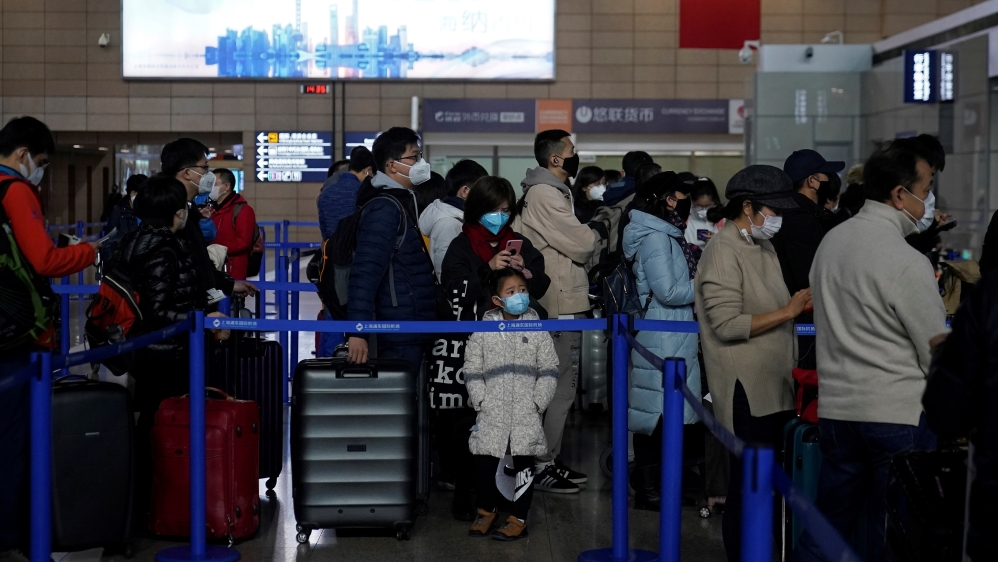 In China, Ma Xioaowei, director of the National Health Commission, said that the country is at a “crucial time” to prevent and control the outbreak.

“With strict measures taken by various localities in the country, we will be able to curb the spread of the virus with lower cost and at faster speed,” Ma told reporters on Sunday.

Meanwhile, in its updated report published on Saturday, the Imperial College of London, said that on average, each case of coronavirus in Wuhan had infected 2.6 other people as of January 18.

The study said that in order for the Chinese government to be “effective” in controlling the outbreak, it needs to block more than 60 percent of all the transmissions within the country.

“Whether transmission is continuing at the same rate currently depends on the effectiveness of current control measures implemented in China, and the extent to which the populations of affected areas have adopted risk-reducing behaviours,” the report said.

Wang, the virology expert, said that Beijing is already doing “the best any government can do” by imposing quarantine measures, and only time can tell if that would eventually work.

“The worst case scenario should be evident two to three weeks from now,” Wang said.