Corporate Giants of the UAE and Indonesia Seal Agreements Worth $9.7 Billion

Corporate giants of the UAE and Indonesia sealed agreements worth $9.7 billion on Wednesday as His Highness Sheikh Mohamed bin Zayed Al Nahyan, Crown... 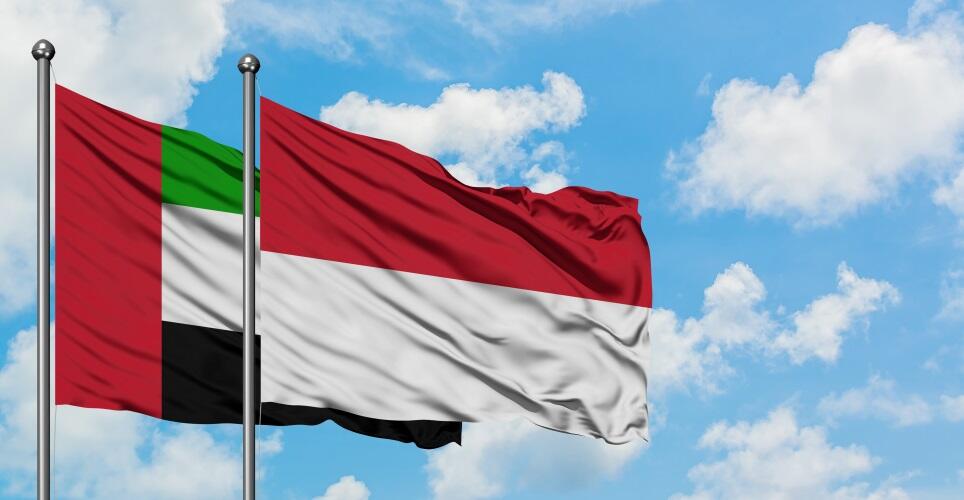 Corporate giants of the UAE and Indonesia sealed agreements worth $9.7 billion on Wednesday as His Highness Sheikh Mohamed bin Zayed Al Nahyan, Crown Prince of Abu Dhabi and Deputy Supreme Commander of the UAE Armed Forces, embarked on a historic state visit to the Southeast Asian country.

All agreements were signed in the presence of Sheikh Mohamed and Joko Widodo, President of Indonesia. Adnoc’s deal with a potential value of $2.5 billion was with Indonesia’s energy company PT Pertamina to explore opportunities for collaboration across the oil and gas value chain in the UAE, Indonesia and globally.

Mubadala and Austrian energy firm OMV sealed a deal with a potential value of $6 billion with Indonesia’s Chandra Asri Petrochemical to explore opportunities in petrochemicals, while DP World and Indonesia’s Maspion Group signed an agreement to develop a container terminal in Gresik in East Java in a deal valued at $1.2 billion.

Describing the UAE leader’s visit as a “dream come true”, Husin Bagis, Ambassador of Indonesia to the UAE, said he expected to see an estimated $10-15 billion in deals and partnerships formed during the visit that “will not only improve the diplomatic ties between the two countries, but also will expand trade and investment relations across multiple sectors including energy, petrochemicals, retail, ports and customs, tourism and finance”.

The scope of projects under consideration includes participation in the UAE’s upstream oil and gas sector, as well as refining and petrochemicals, LNG, LPG, aviation fuel and fuel retail opportunities in Indonesia. In addition, the two partners will explore other forms of strategic collaboration with respect to opportunities across transportation, trading and storage in the UAE, Indonesia and globally, Dr Al Jaber added.

Nicke Widyawati, president director and chief executive officer of Pertamina, said his company would develop an additional one mmbpd of refining capacity. “Therefore, partnership with Adnoc will be an important milestone for Pertamina to secure energy supplies from overseas. Adnoc’s interest to participate in Indonesia’s oil and gas landscape is monumental to support Pertamina in ensuring the availability and accessibility of energy for Indonesian people,” he  said.

Musabbeh Al Kaabi, CEO of Petroleum and Petrochemicals Mubadala, said the MoU with OMV and Chandra Asri would result in potential opportunities for Mubadala. “We have been active in Indonesia for over 10 years through our portfolio companies operating across the value chain. We consider Indonesia a strategic market.”

The Indonesian foreign ministry said the three companies were exploring the development of a naphtha cracker and petrochemical complex, with a potential value of $6 billion.

“This partnership will be a major addition to our global portfolio and a new step in our ongoing expansion. It will also enhance our continuing commitment to Indonesia, one of the most important world economies,” he said.

“Our business model and vision are aligned with President Jokowi’s commitment to continue his infrastructure focus and to make sure it is interconnected. We believe it will further consolidate the excellent relations between the UAE, the Indonesian government and Pelindo 3 and take DP World’s presence in the country to a new level.”

DP World ended its concession agreement with Pelindo 3 at the Surabaya Container Terminal in April 2019. “The new agreements confirm a long-term strategic partnership in the economic development of the country which has been growing rapidly in recent years. Indonesia has the fastest rate of growth in electronic retail in Southeast Asia,” the company said.

Dr Alim Markus, president director and CEO of Maspion Group, said: “This collaboration is a major development for the two groups, and a new step in Maspion Group’s ongoing expansion.”