Al-Ahsa is an oasis rich with green spaces and water springs, and was home to many ancient civilizations, some that existed as far back... 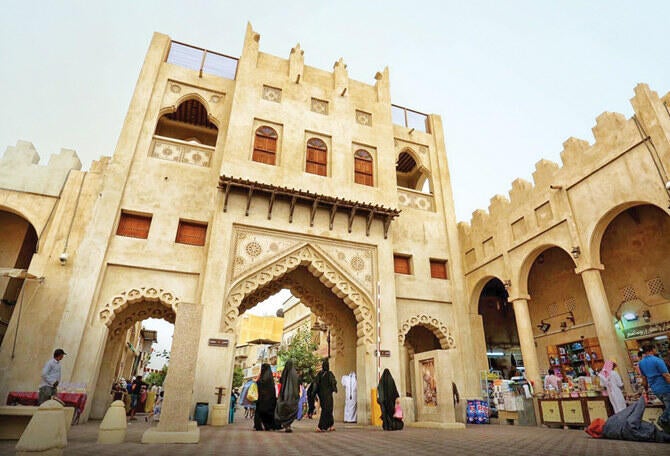 Al-Ahsa is an oasis rich with green spaces and water springs, and was home to many ancient civilizations, some that existed as far back as 6,000 BC.

It contains the most prominent archaeological and historical sites in Saudi Arabia, and has achieved three Arab and international accolades in the last four years.

In 2015, it became the first Gulf city to be included in UNESCO’s Creative Cities Network in the fields of crafts and folk art.

The network brings together 180 cities from 72 countries to place creativity and cultural industries at the heart of their development plans at the local level, and to cooperate actively at the international level.

The second achievement was UNESCO’s designation of Al-Ahsa as a World Heritage Site in 2018, becoming the fifth such Saudi site. Moreover, Al-Ahsa was chosen as the Arab Tourism Capital for 2019 by the Arab Ministerial Council for Tourism.

These achievements would not have been possible without the Saudi government’s support, and Al-Ahsa residents’ relentless efforts to maintain their cultural heritage.

Al-Ahsa is also home to the largest oasis in the Kingdom, which has had human settlements from the Neolithic times.

Al-Ahsa Oasis includes the Jawatha archaeological site including Jawatha Mosque dating back to the Qarmatain state in the 9th century and Al-Hazm Palace.

Tombs can be seen in several parts of the oasis dating back to ancient civilizations.

Speaking at the inauguration of the 13th annual conference of the Creative Cities Network on June 2, Al-Ahsa Mayor Adel bin Mohammed Al-Mulhem said the city has strived to maintain creativity in folk arts and crafts across many projects and programs.

He underscored the importance of culture in shaping future cities, and its role in sustainable urban development.

Al-Ahsa province is considered the greenest and most fertile land in the eastern region of the Kingdom.

Al-Ahsa gets its name from the nature of its land; in Arabic, Al-Ahsa is a plural word of “Al-Hisa” which refers to the accumulated sand with a solid base underneath. When it rains, the sand prevents the sun from drying up the water.