Clashes broke out Sunday atop Jerusalem’s Temple Mount – known in the Islamic world as Haram Al-Sharif – after some 80,000 Muslims held morning... 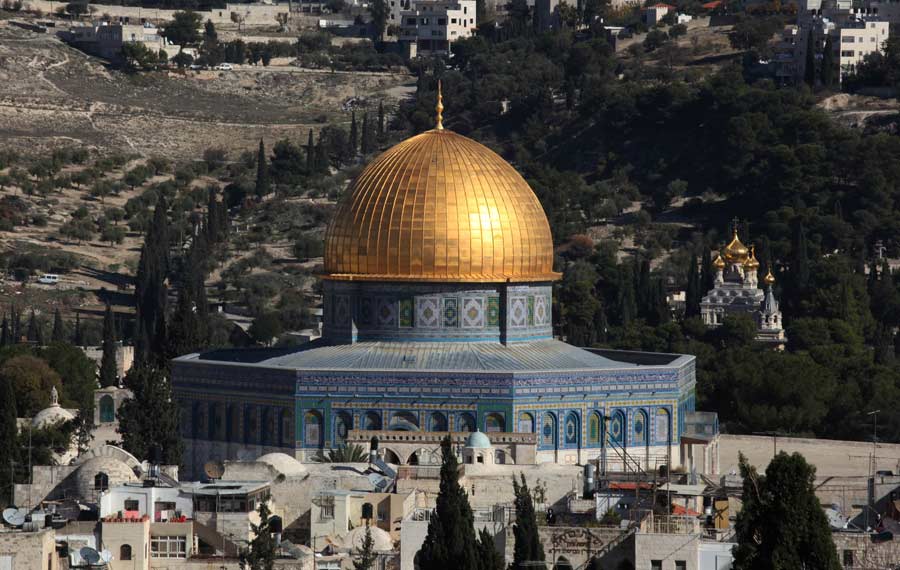 Clashes broke out Sunday atop Jerusalem’s Temple Mount – known in the Islamic world as Haram Al-Sharif – after some 80,000 Muslims held morning prayers marking the beginning of Eid al-Adha, which coincides with the Hajj pilgrimage to Mecca, Saudi Arabia, and commemorates the willingness of Ibrahim (Abraham in Jewish scripture) to sacrifice his son in accordance with God’s will. The violence erupted despite an initial decision by Israeli authorities to ban Jews from accessing their holiest place for the fast of Tisha B’Av, the day on the Hebrew calendar that both biblical temples are said to have been destroyed more than two thousand years ago. This year, Tisha B’Av overlaps with Eid al-Adha and, traditionally, Israeli police have closed the compound to non-Muslims on Islamic holidays, although making occasional exceptions when a Jewish festival falls on the same day. Meanwhile, Israeli media reported that the Waqf – a Jordanian- and Palestinian-run trust tasked by Israel with custody over the Temple Mount in Jerusalem’s Old City – urged Muslim worshipers to crowd the Al-Aqsa Mosque in order to keep thousands of Jews that had gathered outside from ascending. Moreover, a huge banner was hung near an entrance gate to the compound featuring a Hamas member as well as former Muslim Brotherhood-affiliated Egyptian president Mohamed Morsi. Hamas is an offshoot of the Brotherhood, which numerous Sunni Middle East countries have banned over its alleged promotion of terrorism. According to reports, the head of the Waqf was injured in the clashes, in addition to four Israeli officers and numerous Muslim and Jewish civilians. In response, the Israeli government green-lighted the opening of the complex to Jews. Under an arrangement forged following Israel’s capture of the eastern part of Jerusalem in the 1967 war, Jews are granted only limited access to the Temple Mount and are not permitted to pray there.