The Church of Scotland is suing for a share of a £2m Viking treasure trove which was unearthed on land it owns in Dumfries... 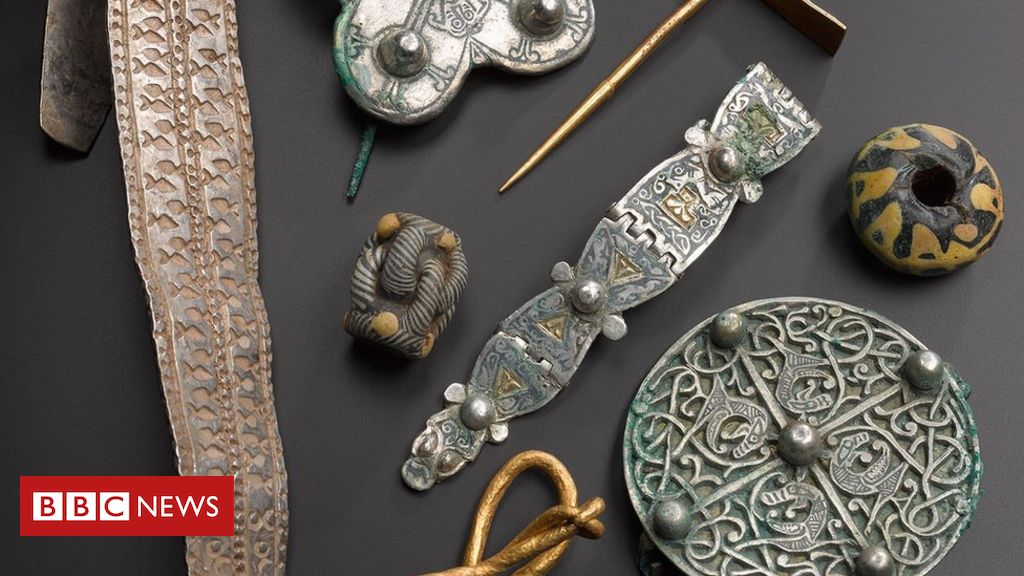 The Church of Scotland is suing for a share of a £2m Viking treasure trove which was unearthed on land it owns in Dumfries and Galloway.

Legal action has been filed at the Court of Session in Edinburgh against metal detectorist Derek McLennan, who found the hoard in 2014.

The National Museum of Scotland paid almost £2m for the items, which are due to tour Scotland in the next two years.

The Kirk said it was entitled to an equitable share of the find.

The hoard, consisting of gold and silver objects, was discovered in 2014 in Galloway by Mr McLennan from Ayrshire.

A retired businessman and amateur detectorist, Mr McLennan had been given permission by the church to search the area.

At the time he said: “I unearthed the first piece, initially I didn’t understand what I had found because I thought it was a silver spoon and then I turned it over and wiped my thumb across it and I saw the Saltire-type of design and knew instantly it was Viking.

“Then my senses exploded, I went into shock, endorphins flooded my system and away I went stumbling towards my colleagues waving it in the air.”

“As that is now a matter before the court it would be inappropriate for us to provide any further commentary at this time.”

Earlier this year funding was secured to put the items found on show in Edinburgh before they go on tour to Kirkcudbright, Aberdeen and Dundee in 2020.

Once the tour is completed the items will go on long-term display at the National Museum of Scotland in Edinburgh.

A “significant and representative portion” will also be shared with the new Kirkcudbright Galleries.