The Duke of Cambridge has arrived in New Zealand where he will meet survivors of the Christchurch mosque terror attacks and their families. Prince... 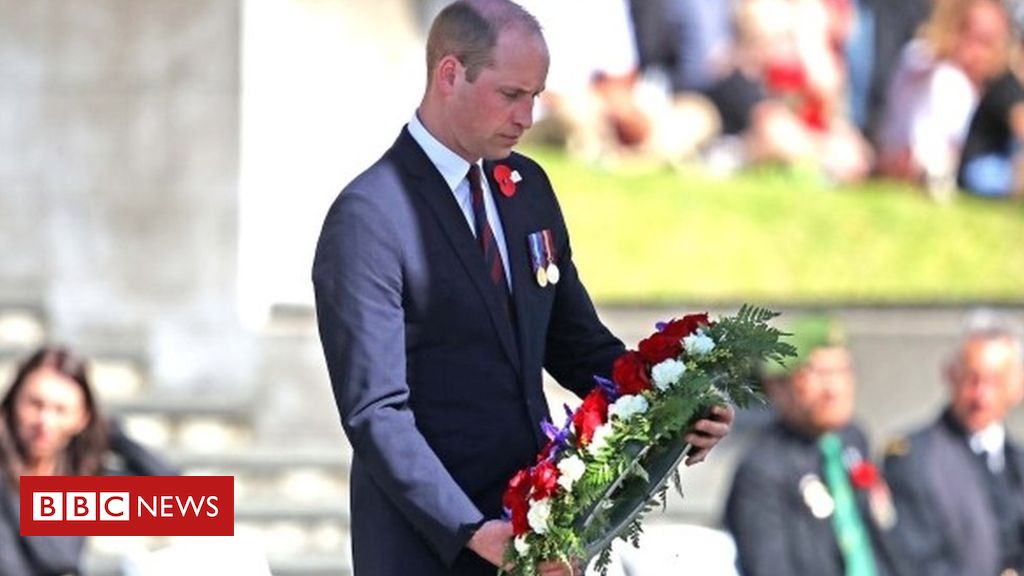 The Duke of Cambridge has arrived in New Zealand where he will meet survivors of the Christchurch mosque terror attacks and their families.

Prince William’s two-day tour began with a service for Anzac Day, which commemorates the military veterans of Australia and New Zealand.

He is due to meet those affected by the attacks in March, where 50 people died.

Prince William is travelling on behalf of the Queen at the request of Jacinda Ardern, New Zealand’s prime minister.

Anzac Day marks the anniversary of the first major military action fought by the Australian and New Zealand Army Corps (Anzac) in World War One.

The duke’s wife, Catherine, will attend an Anzac Day memorial service at Westminster Abbey in London.

It is not the first time that the duke has visited Christchurch in the wake of a tragedy.

In 2011, he attended a memorial service after an earthquake killed 185 people.

In a speech that day, he said: “My grandmother once said that grief is the price we pay for love. Here, today, we love, and we grieve.”

The Duke and the Duchess of Cambridge also visited New Zealand in 2014, on their first official tour with Prince George, then nine months old.