A new type of drug – called bempedoic acid – could offer another weapon in the fight against bad cholesterol. An international study suggests... 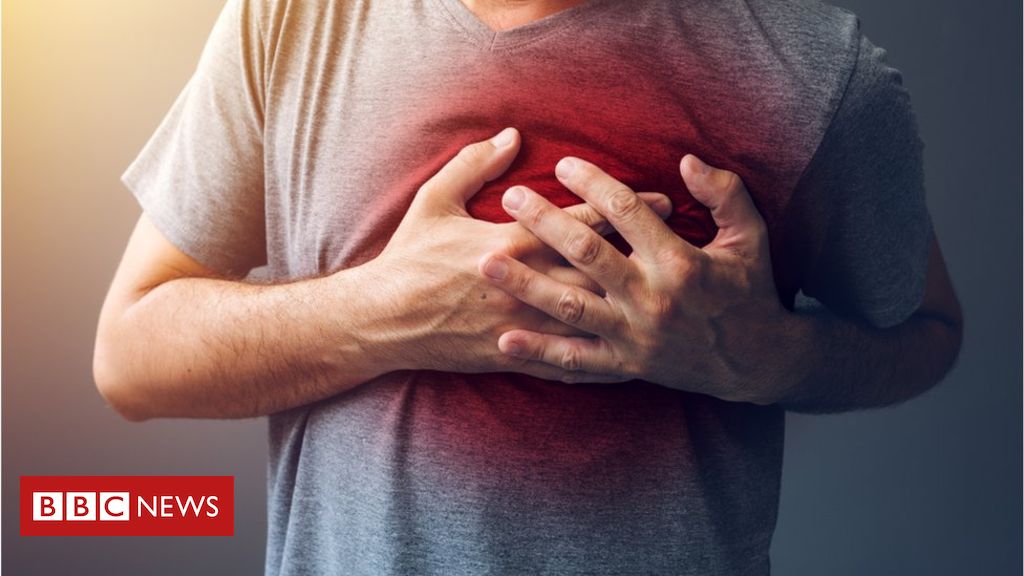 A new type of drug – called bempedoic acid – could offer another weapon in the fight against bad cholesterol.

An international study suggests the pill lowers cholesterol in people who continue to have high levels despite taking other drugs such statins.

And scientists suggest the new therapy may also work as an alternative for people who are unable to take statins because of side-effects.

The research is published in the New England Journal of Medicine.

Researchers say they have asked UK and US drug regulators to consider whether to approve the pill.

Why is cholesterol an issue?

Cardiovascular disease kills about 150,000 people in the UK each year.

Bad cholesterol is one of the main reasons – it leads to blood vessels furring up and becoming easy to block.

Blockages can be fatal – starving the heart or brain of oxygen and causing heart attacks and strokes.

Cutting saturated fat and having a healthy diet, along with regular exercise, can help lower bad cholesterol.

But this doesn’t work for everyone.

And, for some, genetic conditions – rather than lifestyle – increase their levels.

Millions of people worldwide are prescribed drugs, most commonly statins, to reduce the amount of bad cholesterol in the blood.

But reported side-effects and how often these drugs are prescribed has attracted controversy.

What about the new pill?

The new drug works by blocking a key enzyme in the body, used to make cholesterol.

Prof Sir Nilesh Samani, of the British Heart Foundation charity, says: “On the whole, statins do a great job of lowering cholesterol. However, this new drug could provide real benefit for the few people who can’t take them or require additional treatments to get it to the right level.

“The research suggests that it has the potential to reduce risk of heart attacks and strokes without major side-effects.”

What does the study suggest?

The study involved more than 1,000 people who had cardiovascular disease or a genetic cholesterol condition and who were already on cholesterol lowering drugs (mainly statins).

They were given a pill of bempedoic acid every day for a year, on top of their usual medication.

About 700 others were instead given a placebo or dummy pill.

After three months, the group who had taken the new pill had cut their bad cholesterol by 17%, compared with the group given a dummy pill.

Prof Kausik Ray, from Imperial College London, says: “Bempedoic acid could be another addition to the arsenal of cholesterol lowering treatments available to patients.

“What we have is a new class of drug that could be given to patients who are already taking statins and could help them further reduce their cholesterol levels and thus potentially cut their risk of heart attacks and strokes.”

Every drug has side-effects, so it will be up to the patient and doctor to balance the individual benefits and risks.

One side-effect that people on bempedoic acid experienced more was gout.

And more people stopped taking the new drug because of side-effects than people in the dummy pill group.

But unlike statins, researchers say, it works in the liver only and cannot reach the muscles.

So, some scientists predict, it will not have some of the side-effects that some people experience with statins.

But others are unsure and more research is needed to see if this is true and understand how many people the new pill could help.

Will it reduce heart attacks and strokes?

Studies so far, of which this latest one is the largest, suggest bempedoic acid can lower bad cholesterol – but we don’t yet know how long for or whether this will definitely translate into fewer heart attacks and strokes.

Prof Jane Armitage, at the University of Oxford, described these latest results as promising.

Another, genetic, study, published simultaneously in the New England Journal of Medicine, offers clues that the benefits of taking bempedoic acid – in terms of preventing heart disease and strokes – could be similar to that achieved by statins.

But Prof Armitage added: “Genetic studies cannot tell us whether the drug will be safe for a wide range of people.”

A clearer picture of how safe and effective the drug is will emerge once a longer term trial looking at the number of heart attacks and strokes on the new drug is completed.

The US regulator, the Food and Drug Administration, will examine this data once it is available, in a few years’ time.