TAIPEI (BLOOMBERG) – Long Chen Paper Co has made and sold cardboard packaging in China for more than two decades, and had never made... 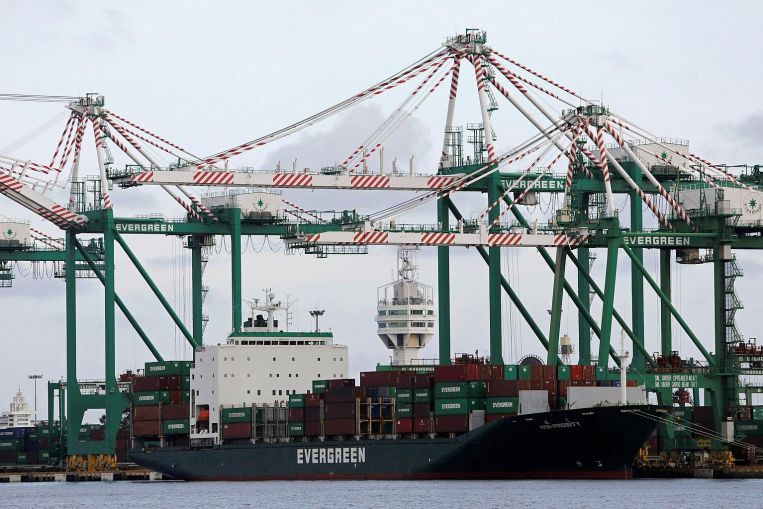 TAIPEI (BLOOMBERG) – Long Chen Paper Co has made and sold cardboard packaging in China for more than two decades, and had never made a loss there until presidents Donald Trump and Xi Jinping began their face-off over trade.

Caught in the tariff cross-fire, Long Chen and other Taiwanese companies like it suddenly found that the proposition for doing business across the Taiwan Strait looked a lot weaker.

That adversity has been seized as an opportunity by President Tsai Ing-wen, whose government last year started an “Invest Taiwan” campaign to lure companies away from China.

This year, her government has focused specifically on Taiwanese companies with operations in China, helping them overcome the island’s shortages of land, electricity, water, labour and talent.

So far, it appears to be a hit. As of April 26, 40 companies, from a maker of network devices to a tap producer, have committed to investing a combined US$6.7 billion (S$9.12 billion) and creating 21,200 jobs – on track to exceed all the government’s targets.

The biggest single pledge so far this year is from Delta Electronics Inc. The power-component maker has applied to invest US$1.8 billion in production, research and design in Taiwan, according to two people familiar with the matter who asked not to be identified as they are not authorised to speak publicly.

The additional homecoming investment in combination with overseas flows could propel all investment from abroad to a new high this year, surpassing the previous record of US$15.4 billion made in 2007 under President Chen Shui-bian. Overall investment data for the first quarter is due for release on Tuesday (April 30) along with the gross domestic product reading for the same period.

“We have been affected by the trade war, and at the same time Taiwan’s government launched this project, so it was an instant match,” said Mr Danny Chou, chief finance officer at Long Chen Paper, Taiwan’s biggest industrial-used paper company.

He said China’s retaliatory tariffs on US recycled paper imports and business closures affected the company’s business on both cost and revenue sides.

China accounted for 80 pe rcent of its sales in 2018, according to data compiled by Bloomberg. Its cardboard boxes are widely used in Jiangsu and Zhejiang provinces for shipping the likes of refrigerators, TVs and bottled water.

Headquartered in Taipei, Long Chen Paper is one the first Taiwanese companies to take advantage of the government’s new programme. It plans to invest NT$7 billion (S$310 million) locally over the next three years, its biggest investment since it was founded 41 years ago.

The government has tried to lure Taiwanese companies to move back before, but with very little success, Minister of Economic Affairs Shen Jong-chin said.

“The trade war is a wake-up call,” he said. “A 25 per cent tariff eats up the entire benefits of moving production to China.”

In addition to Long Chen, Giant Manufacturing Co, Quanta Computer Inc and Yageo Corp are among the companies to have taken advantage of the programme. Several companies have requested the government not reveal their names for fear of angering China.

Investments by Taiwanese companies in China have fallen each year since Ms Tsai took office in 2016, when the president introduced a policy encouraging companies to invest in Southeast Asia rather than the mainland.

Although the government didn’t routinely track the numbers of homecoming investments previously, Mr Alex Chen, chief operating officer of “Invest Taiwan”, is in no doubt the latest campaign has sparked the biggest wave of repatriations ever.

The island has been governed separately from the mainland for most of the past 120 years, and while Beijing claims it as part of Chinese territory, Taiwan has never been controlled by the People’s Republic. Ms Tsai’s Democratic Progressive Party advocates formalising Taiwan’s independence.

Meanwhile, Taiwan’s economy is slowing, its population is rapidly aging and the birth rate is among the lowest in the world. Taiwan’s lack of readily available land, labour and qualified talent, as well as tight supplies of electricity and water, have posed impediments to investment by foreign and local companies over the past few decades.

With signs that a detente between China and the US is emerging that could lead to the removal of some tariffs, there are grounds to expect that the impetus for companies to move back to Taiwan will fade.

Overall, the trade war has hurt Taiwan’s export-led economy. Analysts surveyed by Bloomberg forecast growth to slow to 1.4 pe rcent in the first quarter, the weakest pace since 2016.

Yet there are analysts who see the trade war as a trigger for a long pent-up force, rather than a one-time event. Rising labour costs and government regulation mean China is no longer a cheap place for manufacturing.

“The manufacturing environment in China and its friendliness toward Taiwanese business people are not what they were 10 to 20 years ago,” said Mr Samson Tu, a fund manager at Uni-President Assets Management Corp in Taipei. “The repatriation trend will last for the next 10 years.”