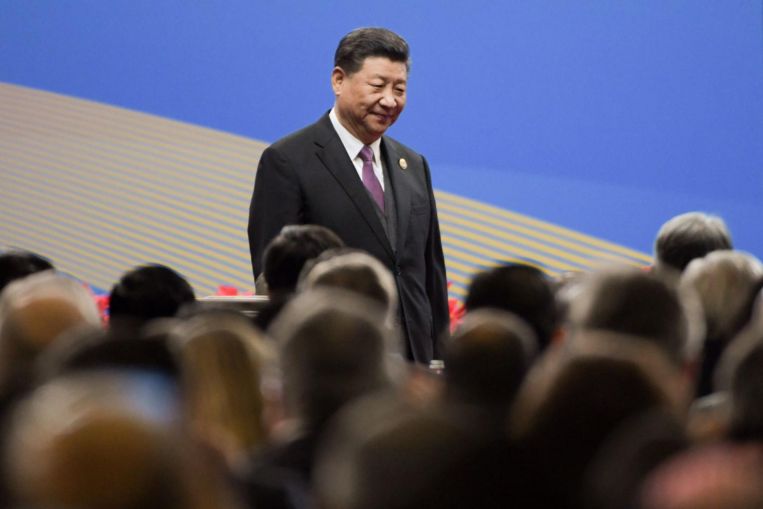 Xi made his remarks at a summit on his signature foreign policy, which aims to reinvent the ancient Silk Road to connect Asia to Europe and Africa through massive investments in maritime, road and rail projects.

China has rejected accusations that Belt and Road is a “debt trap” and a geopolitical tool for Beijing’s ambitions of becoming a global superpower.

“The Belt and Road is not an exclusive club,” Xi said at the gathering of 37 world leaders.

In a nod to the concerns over loans, Xi said “we also need to ensure the commercial and fiscal sustainability of all projects so that they will achieve the intended goals as planned.” Finance Minister Liu Kun said Thursday that China would present the forum a debt sustainability framework to “prevent debt risks” – a move welcomed by International Monetary Fund chief Christine Lagarde.

The opacity of deals between Chinese companies and local governments has also raised alarm.

“Everything should be done in a transparent way and we should have zero tolerance for corruption,” Xi said.

China will also promote “green” development, he said, amid warnings that some of the massive projects are causing environmental damage in Asia.

Leaders from 37 countries have come to Beijing for the three-day forum, with officials from scores of other nations in attendance.

Russian President Vladimir Putin, Pakistani Prime Minister Imran Khan and Italian Prime Minister Giuseppe Conte, whose country became the first G7 member to sign up to Belt and Road, are among the headliners.

But EU powers Germany and France are sending ministers instead.

The United States, which sent a senior White House official to the first BRI summit in 2017, has not dispatched any officials from Washington.

Amid tensions over trade and other diplomatic spats, Washington has dismissed BRI as a “vanity project” and rebuked Rome for signing up to the scheme.

Since Xi launched Belt and Road in 2013, China has invested US$90 billion (S$122 billion) in projects while banks have provided upwards of US$300 billion in loans, according to Chinese officials.

But examples of debt trouble abound.

Sri Lanka turned over a deep-sea port to China for 99 years after it was unable to repay loans. Pakistan needs an international bailout.

And Montenegro has had to make difficult choices after taking on crushing Chinese debt to pay a Chinese company to build a new highway.

Pushing back has proved a successful election issue in Asia, including in Sri Lanka, the Maldives and Malaysia, as the trademark infrastructure push is used to whip up fears about eroding sovereignty.

The new Malaysian prime minister cancelled some planned works and renegotiated a rail project cutting 30 percent off the price tag.