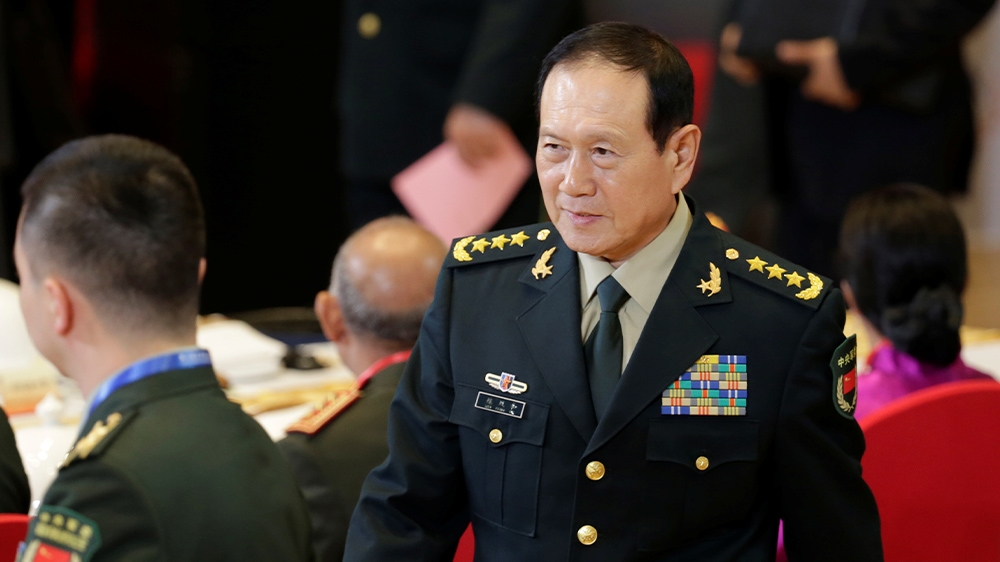 China’s defence minister said on Monday that resolving the “Taiwan question” was China’s greatest national interest, and that no force could prevent the country’s “reunification”.

Separatist activities were doomed to failure, Defence Minister Wei Fenghe said at the opening in Beijing of the Xiangshan Forum, which Chinastyles as its answer to the annual Shangri-La Dialogue security forum in Singapore.

Tensions between China and Taiwan have ratcheted up ahead of a presidential election on the island in January.

Beijing sees Taiwan as a renegade province that needs to be retaken by force if necessary a message President Xi Jinping reiterated at the start of this year.

Proudly democratic Taiwan has lambasted China for its authoritarian rule and for being a threat to regional peace.

Defeated Nationalist forces fled to Taiwan in 1949 at the end of the civil war that led to the founding of the People’s Republic of China.