BEIJING (NYTIMES) – China is funnelling vast amounts of public and private data into huge databases aimed at tightening its control over its nearly... 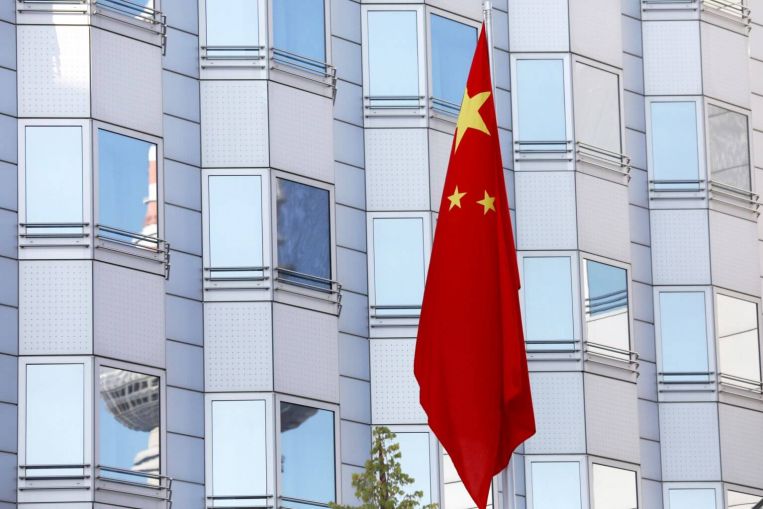 BEIJING (NYTIMES) – China is funnelling vast amounts of public and private data into huge databases aimed at tightening its control over its nearly 1.4 billion people.

But the business world has become its biggest target.

Beijing is increasingly amassing information now divided among various government agencies and industry associations – including court decisions, payroll data, environmental records, copyright violations, even how many employees are members of the Communist Party – and using it to grade businesses and the people who run them, according to state media, government documents and experts.

Companies that get low grades can be banned from borrowing money or doing other essential tasks. Their owners or executives could have their bank accounts frozen or be forbidden from travelling.

It isn’t just aimed at Chinese businesses. In letters sent to the companies, officials have threatened to give United Airlines, American Airlines and Delta Air Lines black marks on their records if they don’t bend to Beijing’s wishes. FedEx could face a similar punishment.

China calls it the social credit system. By next year, Chinese leaders had hoped to start an ambitious nationwide programme focused on punishing or rewarding individuals.

It was aimed at replicating the credit scoring system common in the United States and other places, as well as taming behaviour in a country where laws are inconsistently enforced.

Civil libertarians warned that it would create a digital Big Brother that would intrude into everyday Chinese life. But the system has yet to materialise for individuals on a mass scale.

For many businesses, however, social credit has become a fact of life. In September, China’s central economic planning agency announced that it had completed a first evaluation of 33 million businesses, giving them ratings from 1 for excellent to 4 for poor.

China hopes it will someday become a nationwide regulatory tool, harnessing the country’s growing skills in big data and automation, to help the Communist Party keep the business world in line.

“It’s supposed to affect the decision-making of businesses to conform to what the party wants,” said Ms Samantha Hoffman, a fellow at the Australian Strategic Policy Institute, a think tank.

Ms Loren Fei, the 30-year-old-daughter of a silk factory owner, has been added to a blacklist of businesses and their owners. Because her father couldn’t pay his bills, she said, her bank accounts have been frozen and she lost her job and her ability to travel.

“My family really wants to pay back the money, and the system is making it impossible,” Ms Fei said.

Authorities are testing the system as a tool to bend foreign companies to the Communist Party’s political views.

United, Delta and American received letters last year from Chinese aviation officials saying their social credit score could be hit unless their websites labeled Macao, Hong Kong and Taiwan as part of China.

Lower scores would lead to investigations, the possibility of frozen bank accounts, limitations on local employees’ movement and other punishments, according to a letter sent to United and seen by The New York Times.

Representatives of United, Delta and American Airlines confirmed changing their websites but declined to comment specifically on the matter.

Social credit is one aspect of the Communist Party’s efforts under Mr Xi Jinping, its top leader, to strengthen its hold over the country. Authorities are installing separate facial-recognition technology and other monitoring systems to quell dissent as well as stop crime. They have taken a tougher line on media and worked to give the party a greater role in offices and classrooms.

Applied to businesses, the social credit system could bring real benefits to China. Despite Beijing’s authoritarian grip on power, it has long struggled to get businesses to follow the law. Competing, inefficient government ministries hinder enforcement.

Local governments shelter powerful businesses. The result has been widespread pollution, rampant violations of labour laws and other problems.

For instance, Ms Fei said that for years her family’s silk factory had been given dispensation to break environmental rules by local government authorities eager for economic growth. It was finally shut down for environmental reasons.

But companies have little recourse if the data is inaccurate or punishments disproportionately disruptive, experts said.

“The unified rewards and punishment system significantly increases the potential for one violation to snowball across your operations until you have this avalanche of penalties that make it impossible to operate until you solve that one thing,” said Ms Kendra Schaefer, head of digital research at Trivium China, a consulting firm that recently published a report on social credit.

Foreign companies have expressed concern about how they could be affected by their business partners. The German chemical company BASF, for example, is responsible for ensuring that its Chinese partners stay environmentally compliant.

“They put pressure on us in the supply chain to sort out the environmental challenges,” said Mr Jorg Wuttke, president of the European Union Chamber of Commerce in China, who is also the chief representative of BASF in China. “That’s a definite shift that puts a lot of pressure on us.”

Foreign businesses also worry that social credit could become a weapon in the trade war between China and the United States. In a report last month, the European Union Chamber of Commerce cited the example of FedEx, the US package carrier, which has been caught in the middle of the trade fight.

The Chinese government has threatened to place FedEx on a list of foreign companies and people it considers unreliable, alleging that it broke the law by withholding the shipment of Huawei products. The language used was similar to social credit.

Chinese officials have not released the list or said what it would do, but they have said they will treat all companies equally.

China began to detail its ambitions for the social credit system six years ago, saying it could be a reality by 2020. While some critics saw it as a form of total social control, it was primarily envisioned as a tool for a country where people often break the law in big and little ways without consequences.

Chinese authorities typically exert social control through police, who are setting up separate, more draconian systems that include biometric data, like face scans and DNA records.

In any case, social credit has proved difficult to use on individuals. China’s central bank cancelled plans to include data from popular electronic payment systems run by Alibaba and Tencent, two Chinese Internet giants. Pilot programmes have been started in only a few places.

Even there, the programmes have had little impact. During a visit to Rongcheng, a social credit pilot city in eastern China, officials said that a good score would get you a speedier check-in at the hospital and easier access to loans. But hospital workers and teachers said social credit had not affected how they do their jobs. Many residents said they were unaware it existed.

“I might have heard about it somewhere but I think it’s none of my business and not relevant to our lives in the village,” said Ms Liang Xiaoli, a store owner. Besides, she added, “I don’t really care. I mean, why should I?”

Residents were rewarded based on factors like whether they helped to keep the city clean. Officials with clipboards collected data and handed out self-assessment forms. They posted photos of citizens with top scores on bulletin boards. In many cases the standouts were related to local Communist Party leaders. Mr Liang Huaying, a Rongcheng official, said they got points because they most often showed up at official events.

The system has proved more adaptable to ensuring good conduct for business.

The social credit system brings together various blacklists long run by different ministries and local governments, allowing authorities to broadly and consistently punish wrongdoers. But while China is assembling a nationwide social credit system, it still has dozens of city-level systems that use different scoring methods.

Ms Fei, the daughter of the silk factory owner, found out she was in the system during a work trip in late 2017, when she could not buy a train ticket home. Then her bank accounts were frozen. She was eventually fired from her job as a financial analyst.

Ms Fei had signed for a loan on her father’s behalf. Ms Fei’s mother, who is retired, is also on the blacklist because she is a shareholder. Her monthly pension payments have been frozen. The family is in debt for hundreds of thousands of dollars. Ms Fei, who now sells goods on the Internet, said she makes one-tenth of what she did before.

She found a community of people online with situations like hers. One man told her he used to be a civil servant until he was forced to quit his job after being blacklisted.

Ms Fei said this was unfair. “No one wants to be a dishonest person,” she said.