BEIJING (AFP) – China said on Monday (June 24) that it will not allow discussion of Hong Kong at the Group of 20 summit... 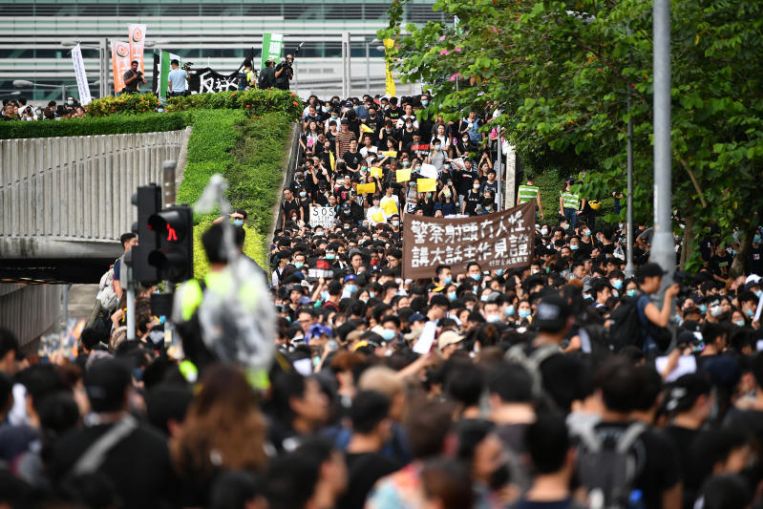 BEIJING (AFP) – China said on Monday (June 24) that it will not allow discussion of Hong Kong at the Group of 20 summit this week even as United States President Donald Trump plans to raise the city’s mass protests during his meeting with President Xi Jinping.

The semi-autonomous city has been shaken by huge demonstrations this month, with protesters demanding the withdrawal of a Bill that would allow extraditions to the Chinese mainland.

Mr Trump has weighed in on Hong Kong’s worst political unrest since its handover from Britain to China in 1997, saying he understood the reason for the protests and hoped demonstrators can “work it out with China”.

US Secretary of State Mike Pompeo later said Mr Trump would discuss Hong Kong with Mr Xi at the G-20 summit, which is taking place in Osaka, Japan, on Friday and Saturday.

But Chinese assistant foreign minister Zhang Jun said the G-20 is a forum to focus on global economic issues.

Mr Xi and Mr Trump have agreed to hold bilateral talks focusing on the US-China trade war during the summit.

“Hong Kong affairs are purely China’s internal affairs and no foreign country has the right to intervene,” he said, noting that the city is a special administrative region of China.

The international finance hub has been rocked by its worst political unrest in nearly 50 years.

Millions have marched this month to oppose the hugely unpopular extradition law, which has since been postponed in the face of the huge public backlash. Police also fired tear gas and rubber bullets to disperse demonstrators earlier in the month.

The demonstrations have since morphed into a wider movement against city leader Carrie Lam and Beijing after years of sliding political freedoms.

Protest groups in Hong Kong on Monday announced plans to hold a new rally on Wednesday evening, directly aimed at the G-20 leaders who will begin arriving in Japan the following day.

“In holding this rally, we are facing the world, posing several questions to the leaders of 20 countries: Do Hong Kongers deserve democracy? Should Hong Kongers have democracy? Can Hong Kongers implement our democratic system yet?” Mr Jimmy Sham, from the Civil Human Rights Front, which has organised the recent mass protests, told reporters.

On China’s refusal to address the Hong Kong protests at the G-20, Mr Sham responded: “If you think that you do not need to explain what happens in your country to the world because they are internal affairs, then China, you should withdraw from the United Nations.”

On Monday afternoon, around 100 mostly young protesters blocked the entrance of a tower block containing the city’s tax department, turning away employees and members of the public.