China will Need to Spend US$2.9 Trillion on New Aircraft and Ground Services Over the Next Two Decades

CHINA (Bloomberg) – China will need to spend US$2.9 trillion on new aircraft and ground services over the next two decades, according to planemaker... 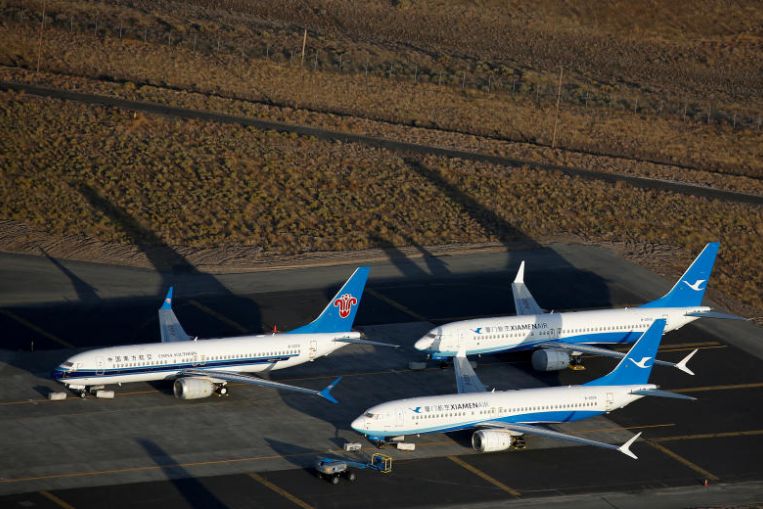 CHINA (Bloomberg) – China will need to spend US$2.9 trillion on new aircraft and ground services over the next two decades, according to planemaker Boeing, which continues to pin hopes on the world’s second-largest economy as its trade dispute with the US rolls on.

The estimate, released on Tuesday (Sept 17) in Boeing’s annual outlook on China’s commercial aviation market, is 7 per cent higher than last year’s forecast.

Growth will be driven by an expanding middle class and infrastructure improvements, resulting in a need for 8,090 new airplanes over 20 years worth nearly US$1.3 trillion, Chicago-based Boeing said. Chinese carriers will need to spend another US$1.6 trillion on services such as cargo operations and maintenance, it said.

The projections show how important the Asian country is to Boeing as it faces challenges including the grounding of its 737 Max fleet, a slowing global economy and risk of market-share loss to competitor Airbus SE due to the trade war.

China accounted for nearly 14 per cent of Boeing’s total revenue last year, its second-biggest market after the US, data compiled by Bloomberg show.

Boeing said China would need 5,960 new single-aisle planes, or 74 per cent of the new deliveries over the next 20 years, while its widebody fleet will triple with demand for 1,780 new planes.

China accounts for 15 per cent of the world’s commercial aircraft, a figure likely to expand to 18 per cent by 2038, according to Boeing. It said the country is on track to become the world’s biggest aviation market within the next decade.

Airbus secured a US$35 billion jet deal from China during President Xi Jinping’s state visit to Paris in March, consisting of 290 A320-series planes and 10 A350 widebodies.

Xiamen Airlines, an exclusive operator of Boeing jets for more than three decades, has also held talks with the French company about a potential plane purchase, Bloomberg reported last October. Boeing has been negotiating with Chinese airlines for 100 twin-aisle jets, but the trade war has complicated matters, according to people familiar with the talks in June.

China was the first country to ground the narrowbody 737 Max after a second deadly crash of the model in Ethiopia in March, presenting an opening for Airbus’s A320-series and China’s own narrowbody jet, which is undergoing test flights. State-owned Commercial Aircraft Corp of China, known as Comac, says it has more than 850 orders for its C919 jet from carriers and lessors.