The most likely location for deployment of long-range US missiles is the territory of Guam China has warned the United States that... 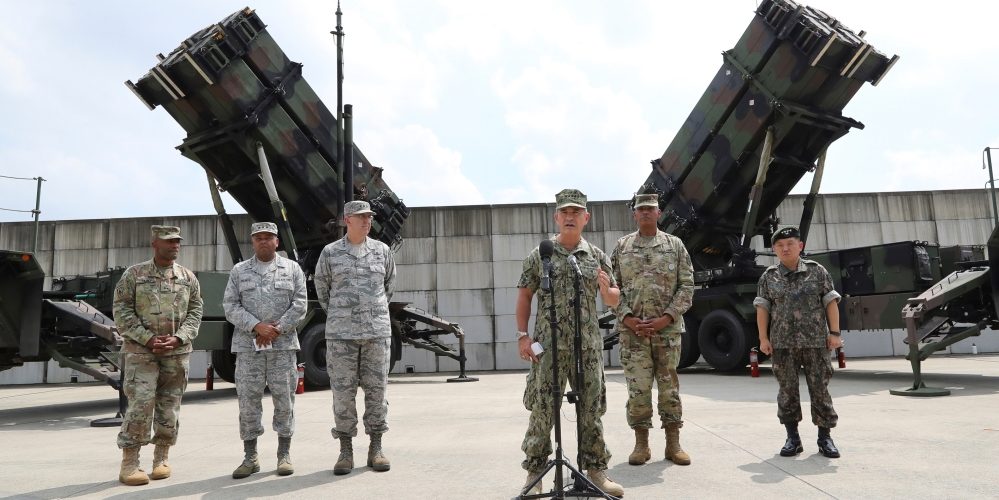 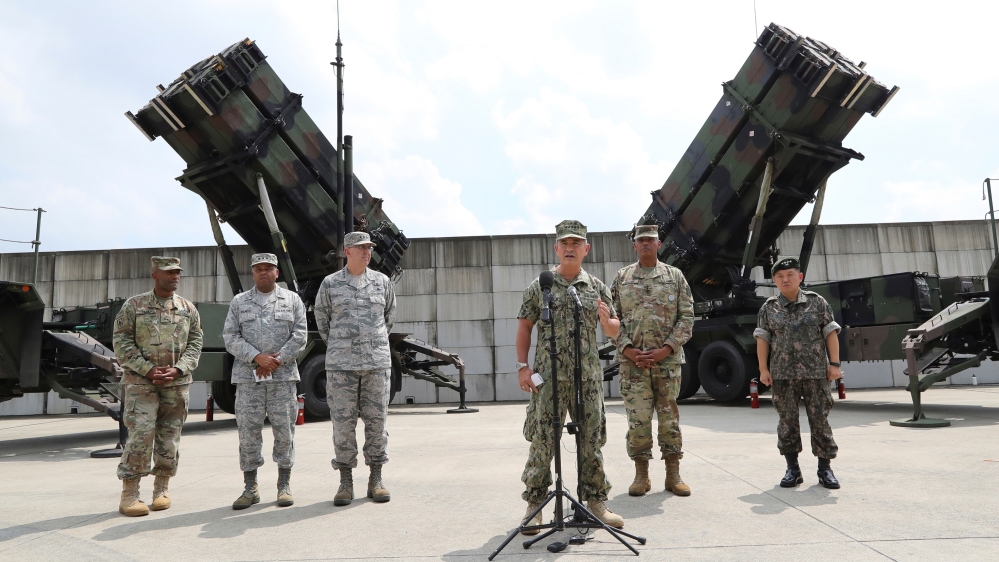 The most likely location for deployment of long-range US missiles is the territory of Guam [File: Reuters]

China has warned the United States that it would take unspecified countermeasures if Washington goes ahead with plans to deploy ground-based missiles in the Asia Pacific region.

The statement from the Chinese foreign ministry on Tuesday comes days after US Defense Secretary Mark Esper said the US was now free to deploy the weapons following its withdrawal last week from the Intermediate-Range Nuclear Forces (INF) treaty with Russia.

“China will not stand by idly and will be forced to take countermeasures should the US deploy intermediate-range ground-based missiles in this part of the world,” said Fu Cong, the director of arms control at the foreign ministry.

“And we also call on our neighbours, our neighbouring countries, to exercise prudence and not to allow a US deployment of its intermediate-range missiles on [their] territory,” he added, naming Australia, Japan and South Korea.

“That would not serve the national security interest of these countries,” he said.

Fu issued the statement as tensions between the two countries heated up because of an escalating trade war.

On Monday, Australia ruled out the possibility of the missiles being deployed on its soil, saying Canberra had not even been asked to host them.

The INF treaty was considered a cornerstone of the global arms control architecture but the US said the bilateral pact had given other countries – namely China – free rein to develop their own long-range missiles.

Esper, the new Pentagon chief, said on Saturday that Washington would like to deploy the missiles “sooner rather than later”, speaking to reporters on a flight to Sydney at the start of a week-long tour of Asia.

“I would prefer months… But these things tend to take longer than you expect.”

Esper was expected in Japan and Mongolia on Tuesday.

The announcement was the latest US plan to irk China, which is vying with Washington for influence in the region, but Esper said Beijing should not be surprised.

The rise of a militarily more assertive China in the region has worried traditional US allies such as Australia and New Zealand, and Beijing’s actions in the South China Sea have alarmed neighbours with competing territorial claims to the strategic waterway.

Esper did not specify where the US intended to deploy the weapons but experts say the most likely location for deployment is the island of Guam, which hosts significant US military facilities.

Washington withdrew from the INF treaty on Friday after accusing Russia of violating it for years.

Under the pact signed in 1987 by then-US president Ronald Reagan and Soviet leader Mikhail Gorbachev, Washington and Moscow agreed to limit the use of conventional and nuclear missiles with a range of 500-5,000km.

But its unravelling had been on the cards for months amid worsening ties between Russia and the US.

On Tuesday, Fu said China had no intention of joining nuclear weapons reduction talks with Russia and the US, pointing to the huge gap in the size of China’s arsenal compared with those of the other two.

China has an estimated 290 nuclear warheads deployed, compared with 1,600 for Russia and 1,750 for the US, according to the Federation of American Scientists.