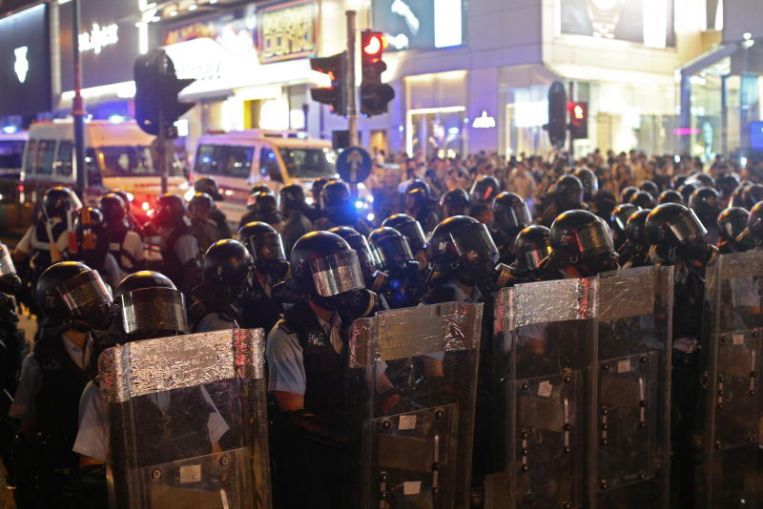 BEIJING (REUTERS) – Beijing on Saturday (Aug 10) told the United Kingdom to stay out of China’s internal affairs after Britain’s foreign minister called for an independent investigation into the recent protests in its former colony Hong Kong.

British Foreign Secretary Dominic Raab called for the probe on Friday after a phone call with Hong Kong chief executive Carrie Lam, the Foreign Office in London said in a statement.

“The Chinese side seriously urges the UK to stop its interference in China’s internal affairs and stop making random and inflammatory accusations on Hong Kong,” she said, adding that Hong Kong was no longer a British colony and the UK has no supervisory rights.

Hong Kong has been beset by often violent anti-government protests for the past nine weeks, in the deepest political crisis for the territory since it was returned from British to Chinese rule in 1997, posing a serious challenge to the central government in Beijing.

In a statement on Friday, the British Foreign Office said Raab had condemned the violence in Hong Kong but emphasised the right to peaceful protest.