BEIJING (REUTERS) – The Solomon Islands will have unprecedented development opportunities now that it has ditched ties with Taiwan in favour of China, Beijing... 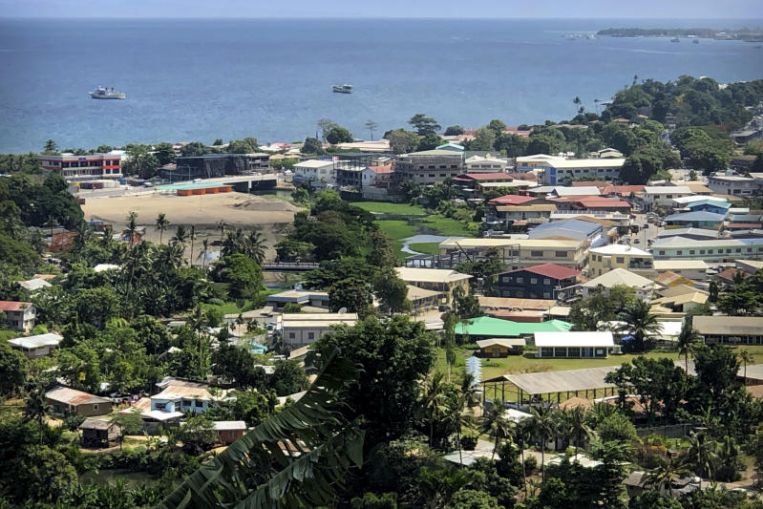 BEIJING (REUTERS) – The Solomon Islands will have unprecedented development opportunities now that it has ditched ties with Taiwan in favour of China, Beijing said on Tuesday (Sept 17), a major victory for China in its campaign to pressure the self-ruled, democratic island.

The Solomon Islands was the sixth country to switch allegiance to China since President Tsai Ing-wen took office in Taiwan in 2016. Its decision on Monday dealt her a new blow in her struggle to secure re-election in January amid criticism of her handling of rising tension with Beijing.

Taiwan has condemned China for luring its allies with promises of easy loans and aid, accusations Beijing denies.

“Of course, for those who are used to buying diplomacy with money, they may not understand that some principles cannot be bought, and that trust cannot be bought,” Ms Hua told a daily news briefing.

The Solomon Islands’ decision to go with China was in line with the trend of the times, and it would have China’s full support, she added.

“We believe that the establishment and development of diplomatic relations with the People’s Republic of China, with more than 1.4 billion people and the world’s second-largest economy with a bright future, will surely bring unprecedented opportunities for development for the Solomon Islands.”

Ms Hua did not directly answer a question on when China would formally establish ties with the Solomons, citing only an old Chinese expression meaning that everything will happen at the right time: “When a melon is ripe, it falls off its stem; and when water flows, a channel is formed.”

Taiwan now has formal relations with only 16 countries, many of them small, less developed nations in Central America and the Pacific, including Belize and Nauru.

China claims Taiwan as its territory and says it has no right to formal ties with any nation.

The Solomon Islands’ decision followed a months-long review of the pros and cons of a switch to Beijing, which was offering US$8.5 million (S$11.7 million) in development funds to replace support from Taiwan.

China has in recent years been expanding its influence in the South Pacific, to the concern of the United States and its main ally in the region, Australia.

Taiwan has been losing allies in other parts of the world too.

Burkina Faso, the Dominican Republic, Sao Tome and Principe, Panama and El Salvador have cut off ties with Taipei in recent years.

Beijing has stepped up its pressure on Taiwan, including sending regular Chinese bomber patrols around the island, since Ms Tsai took office.

China suspects Ms Tsai of pushing for Taiwan’s formal independence, a red line for Beijing. She says she wants to maintain the status quo, but will defend Taiwan’s freedom and democracy.