A Chinese court has sentenced a civil rights activist widely referred to as the country’s “first cyber-dissident” to 12 years in jail. Huang Qi... 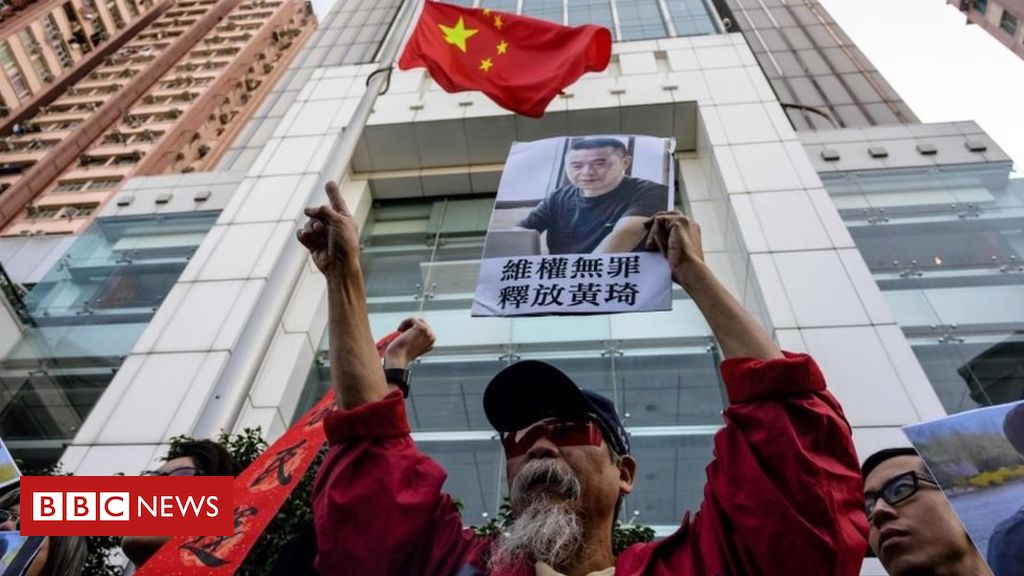 A Chinese court has sentenced a civil rights activist widely referred to as the country’s “first cyber-dissident” to 12 years in jail.

Huang Qi is the founder of 64 Tianwang, a news website blocked in mainland China that covers alleged human rights abuses and protests.

An official statement said he had been found guilty of intentionally leaking state secrets to foreigners.

Huang has been detained since being arrested nearly three years ago.

He has already served previous prison sentences related to his journalism.

The statement, from Mianyang Intermediate People’s Court, added Mr Huang would be deprived of his political rights for four years and had also been fined 20,000 yuan ($2,900; £2,360).

Huang has kidney and heart disease and high blood pressure. And supporters have voiced concern about the consequences of the 56-year-old remaining imprisoned.

“This decision is equivalent to a death sentence, considering Huang Qi’s health has already deteriorated from a decade spent in harsh confinement,” said Christophe Deloire, the secretary-general of Reporters Without Borders.

The press-freedom campaign group has previously awarded Huang its Cyberfreedom Prize. It has now called on President Xi Jinping to “show mercy” and issue a pardon.

Amnesty International has called the sentence “harsh and unjust”.

“The authorities are using his case to scare other human rights defenders who do similar work exposing abuses, especially those using online platforms,” said the group’s China researcher Patrick Poon.

Huang created his website in 1998 to help people search for friends and family who had disappeared. But over time it began covering allegations of corruption, police brutality and other abuses.

In 2003, he became the first person to be put on trial for internet crimes in China, after he allowed articles, written by others, about the brutal crackdown of 1989’s Tiananmen Square pro-democracy protests to be published on the site.

That led to a five-year jail sentence.

He was subsequently sentenced to a further three years in prison, in 2009, after giving advice to the families of children who had died in an earthquake in Sichuan the previous year.

The relatives had wanted to sue the local authorities over claims that school buildings had been shoddily built – a claim the central government denied.

Huang was detained again, in 2014, after 64 Tianwang covered the case of a woman who had tried to set herself on fire in Tiananmen Square to coincide with the start of that year’s National People’s Congress.

Then he was arrested in November 2016 and accused of “inciting subversion of state power”, since when he has been incarcerated.

Since then, several human rights organisations, including Freedom House and the China Human Rights Lawyers Concern Group, have called for his release and raised concerns about reported threats to his 85-year-old mother, who had been campaigning on his behalf.

And in December 2018, a group of the United Nations’ leading human rights experts also pressed for Huang to be set free and be paid compensation.

According to Reporters Without Borders, China currently holds more than 114 journalists in prison.