BEIJING (BLOOMBERG) – China is taking steps to insulate the mainland from the dramatic protests that have gripped Hong Kong. On top of tightly... 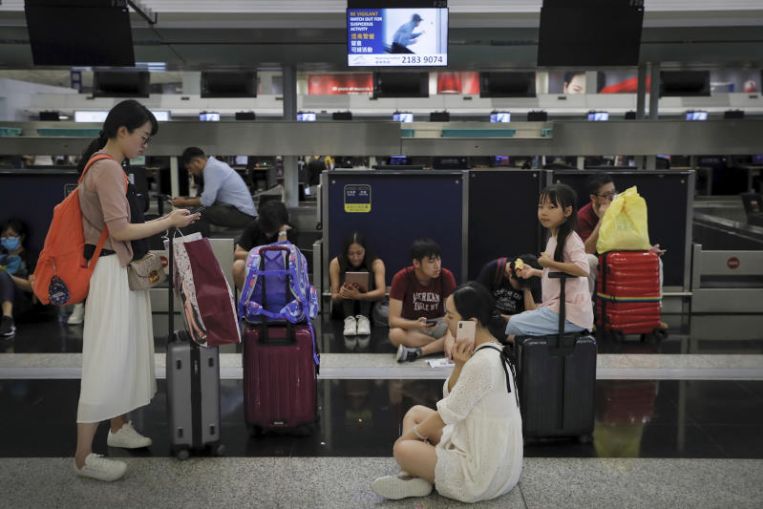 BEIJING (BLOOMBERG) – China is taking steps to insulate the mainland from the dramatic protests that have gripped Hong Kong. On top of tightly controlling local media coverage of the demonstrations, authorities this month started keeping closer tabs on citizens who travel there.

Cities across the country barred travel agents and couriers from helping individuals apply for the permits that Chinese citizens need to travel to Hong Kong. People now have to appear in person so their identities can be verified.

At least seven cities or counties, including Beijing and Shanghai, said in online notices or through their customs offices that the changes have been implemented from as early as August 1.

The protests in Hong Kong pushing for Beijing to loosen its grip on the city are problematic for the central government because they could inspire similar unrest in China, and embolden Taiwan which it hopes to unify with one day.

Chinese officials and domestic media have framed the uprising as driven by violent extremists, highlighting instances where protesters have allegedly attacked the police or civilians not involved in the demonstrations.

Starting August, China also banned travel to Taiwan as individual tourists, citing deteriorating relations between the two sides, as it moves to isolate the island and its independence-leaning president Tsai Ing-wen.

Chinese President Xi Jinping has so far resisted sending in forces to quell the weeks-long uprising in Hong Kong, even as protesters bring the city to standstill and disrupt operations at the airport. Officials in Beijing overseeing Hong Kong have warned that protesters, and those who support them, will be punished.

While multiple cities have announced tighter checks on individuals travelling to Hong Kong, as with many rule changes in China, the implementation can be spotty.

In Shanghai, an officer at one of the Bureau of Exit-Entry Administration’s branches said the requirement for in-person applications started August 2 because of the situation in Hong Kong.

The office is preparing to install facial recognition software in about two weeks, another officer said. Staff checked IDs before allowing individuals to enter and use the branch’s kiosks to apply for travel permits.

At a police station in Beijing, there were no officers overseeing the machine used for applications, and a security guard said procedures for using the kiosk haven’t changed.

A customer service operator on the administration’s hotline said from August 1 the only way to get a permit is to apply in person at selected police stations.

The cities of Guiyang, Yuyao and Kunming, as well as Langxi and Huize counties, also announced they were suspending services for third-party applications to travel to Hong Kong. Yuyao and Langxi said the halt was an effort to stem identity theft.

There are also indications China may be restricting travel from Hong Kong to the mainland. A group of Hong Kong students were told in July their application to enter the country as a tour group was denied because of the protests, a person familiar with the matter said.