Child Marriage Needs to be Stopped to Address Prostitution

DHAKA (THE DAILY STAR/ASIA NEWS NETWORK) – Child marriage is an aberration that has permeated the boundaries of nationality, religion and race. Be it... 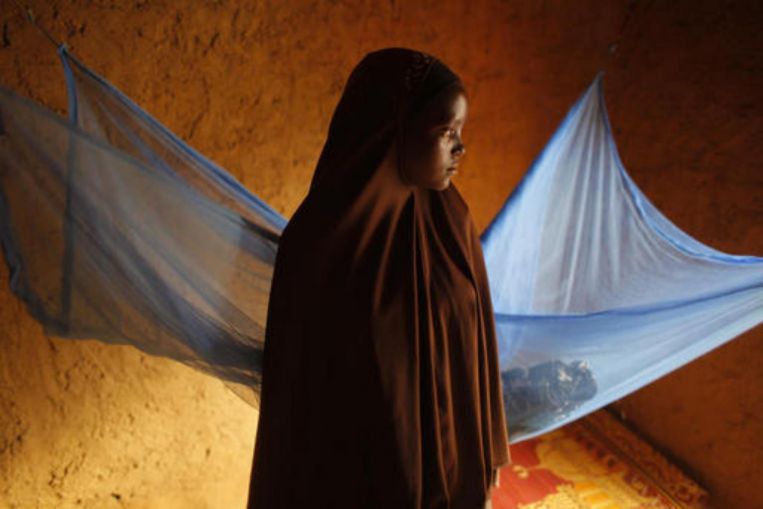 DHAKA (THE DAILY STAR/ASIA NEWS NETWORK) – Child marriage is an aberration that has permeated the boundaries of nationality, religion and race. Be it in Africa, Middle East, Latin America or Asia, child marriage nips the dreams of young girls in the bud.

One in five girls in the world are married off before they reach 18, as per data by a global partnership organisation called Girls Not Brides, which works to end child marriage.

More than 650 million women alive today had been married off when they were children. And more than 150 million girls will be forced into child marriage by 2030.

The situation in Bangladesh is no different. According to Unicef, Bangladesh has the fourth highest rate of child marriage. The first three positions have been secured by impoverished African countries: Niger, the Central African Republic, and Chad. Unicef further states that between 2005 and 2013 in Bangladesh, 29 percent of girls got married before the age of 15 and 65 percent married before they reached the marriageable age of 18.

These numbers are staggering and expose the dark underbelly of a major social problem that we are facing today, both at a global and local level. And while we know that this is a problem, and enact laws to prevent it, what we don’t ask ourselves is why this is happening. Or do we?

Our basic instinct is to the blame the patriarchal, feudal mind-set that tends to see females as inferior beings – economic and social burdens, who should be married off soon. And true it is.

But there are other factors that lead to child marriage which do not surface in popular discourses on this subject.

Poverty is a major reason that encourages child marriage. If one looks at the trend, they would notice that child marriage is more prevalent in underdeveloped or developing countries. Financial constraints and shortage of food often lead parents to marry off their girls at an early age.

Moreover, younger girls, who are considered more attractive and have a higher reproductive lifespan, require comparatively less dowry. Therefore, poor parents are more prone to marrying off their girls at an earlier age.

Climate change is another factor that triggers child marriage.

Often, fear of river erosion and floods sweeping off one’s abode and lands, economic problems due to water, land and resources shortages which lead to poor harvesting, force families to marry off their girls, while still financially capable.

Lack of education among the parents is also a reason. With no knowledge of what child marriage does to a girl – physically, psychologically and emotionally – parents fail to realise the dark pit that they are pushing their girls into in the name of marriage.

And with child marriage come the repercussions. For one, it severely damages the reproductive health of girls, putting their lives at risk during childbirth.

This is just one aspect of the multifaceted problems posed by child marriage.

The physical pain and psychological trauma of marital rape on the girls leave them emotionally scarred for the rest of their lives. And of course, child brides are most often subjected to battery and domestic abuse at the hands of their much older husbands and in-laws.

Having no means to support themselves and no financial freedom, these girls are left to suffer silently without emotional counselling or access to healthcare.

Child marriage poses another threat for these young, vulnerable child brides – a threat that is more sinister and menacing: trafficking and prostitution.

Often these child brides are sold off by their husbands to dalals or traffickers, who in turn sell these girls to brothels.

The Telegraph and Foreign Policy have printed in-depth stories that shed light on the complexity of this problem.

The girls who try to run away from their husband’s house, in desperate attempts to escape domestic violence, are also preyed upon by the traffickers who lure them into prostitution.

And in the many legalised brothels of Bangladesh, these girls are raped – day in and day out, 10 to 12 times a day sometimes – by their customers. These girls perish in their windowless rooms, hoping to save enough money to buy their freedom someday.

According to the Foreign Policy report, in Bangladesh, a “country with the highest rate of marriage involving girls under the age of 15 in the world, and where 150,000 to 200,000 children and young women have been trafficked into prostitution, the two forms of abuse (child marriage and forced prostitution) are tightly intertwined.”

And in order to address the latter, the former needs to be stopped first.

The government has taken many commendable steps to address the problem of child marriage – the country, in line with target 5.3 of the Sustainable Development Goals, has committed to eliminate child, early and forced marriage by 2030.

It ratified the Convention on the Rights of the Child in 1990 which sets the minimum age of marriage at 18; enacted the Dowry Prohibition Act; and inked many policies that discourage and criminalise child marriage.

However, its incorporation of a special provision allowing child marriage in “special cases” in the 2017 Child Marriage Restraint Act has overshadowed all the positive steps it had taken earlier to prevent and stop child marriage.

Especially because, the act does not define what constitutes a “special case”.

This regressive policy has put the future of all our girls at stake, made them more vulnerable to the curse of child marriage, because now anyone can concoct a “special case” and justify child marriage.

This one step has regrettably taken us back centuries, and no matter how much we beat the women empowerment drum, it will not be possible for us to end violence against women or truly empower them, unless we can rescue our girls from the spiralling trap of child marriage.

It is high time the policymakers revisited the policy and made the necessary amendments in order to truly make it pro-girls and pro-girl-child-empowerment, rather than making it an essential loophole for the criminals who rob our girls of their childhood, their dreams and aspirations.

The writer is a columnist with the paper. The Daily Star is a member of The Straits Times media partner Asia News Network, an alliance of 24 news media organisations.