Mirazur, a restaurant on the French Riviera in Menton, took the No. 1 spot on the World’s 50 Best Restaurants list, announced on Tuesday... 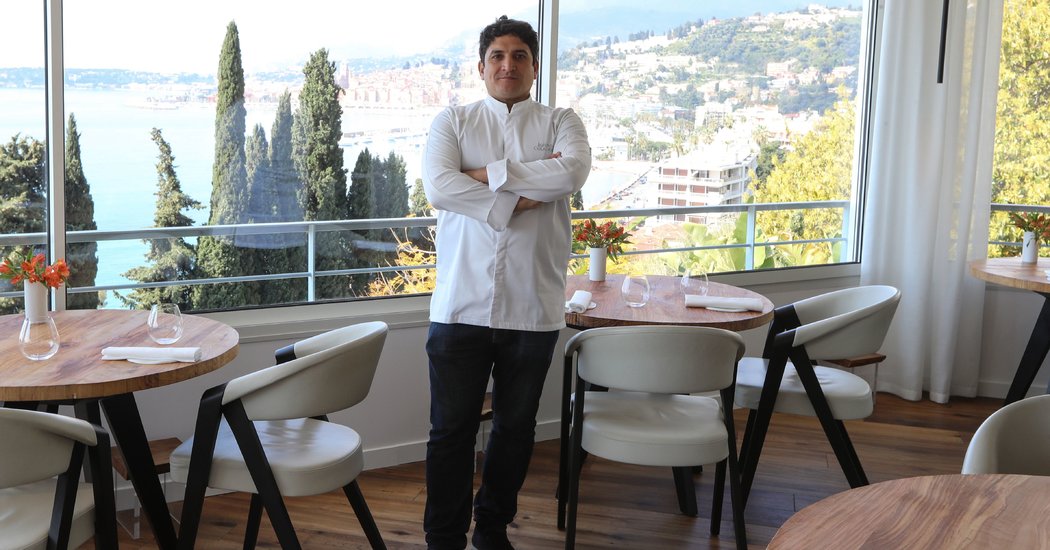 Mirazur, a restaurant on the French Riviera in Menton, took the No. 1 spot on the World’s 50 Best Restaurants list, announced on Tuesday at a ceremony in Singapore.

The chef and owner, Mauro Colagreco, a native of Argentina, has also earned three Michelin stars. Last year the restaurant was ranked No. 3.

The annual list, compiled by World’s 50 Best, an organization that ranks restaurants across the globe, has acquired considerable clout since it was started in 2002, as well as criticism for the ways it judges restaurants and chefs.

For 2019, the rules were revised so that previous No. 1 restaurants are not eligible to be considered again, for any spot on the list, preventing restaurants like Noma, in Copenhagen, from securing a perennial lock on the list.

Most of the restaurants among the top 10 are repeats from last year, though Geranium, perched above a soccer stadium on the edge of Copenhagen, came in at No. 5, up from No. 19 last year.

The highest-ranking American restaurant this year is Cosme, in New York, at No. 23, up from No. 25 last year. Its chef and co-owner, Daniela Soto-Innes, was named best female chef this year. Pujol, the Mexico City restaurant owned by the chef Enrique Olvera, the other partner in Cosme, was No. 12.

Spanish restaurants did extremely well, led by Asador Etxebarri, at No. 3. And a handful of South American restaurants made the top 50, including two in Lima, Peru — Maido and Central — in the top 10. The list includes places with a decidedly casual ambience, like Septime in Paris, at No. 15, just ahead of the hyper-elegant Alain Ducasse at the Plaza Athénée at No. 16.

Since its founding in 2002 by an English restaurant magazine, the list has come under fire for potential conflicts of interest; about a third of the more than 1,000 voters (they’re called academy members) are chefs and restaurateurs.

The organization contends that there are no such conflicts, but troubling issues remain: how (and even if) the voters visit the restaurants, who pays and the role of sponsors, including local tourism boards. There are more than 25 commercial sponsors, including Grana Padano of Italy, the “official hard cheese partner.”

The World’s 50 Best has addressed criticism of its preponderance of male members and voters by giving half the voting positions to female participants starting this year.

Still, the rankings are influential, and imitated by other lists. La Liste, a French compilation of 1,000 restaurants worldwide based on guidebook ratings and other reviews, made its debut in 2015. This year the World Restaurant Awards IMG, sponsored by a global sports and entertainment promoter, bestowed its first awards.