The Celtics are the first team to advance to the second round of the playoffs. Boston beat Indiana 110-106 in Game 4 behind a... 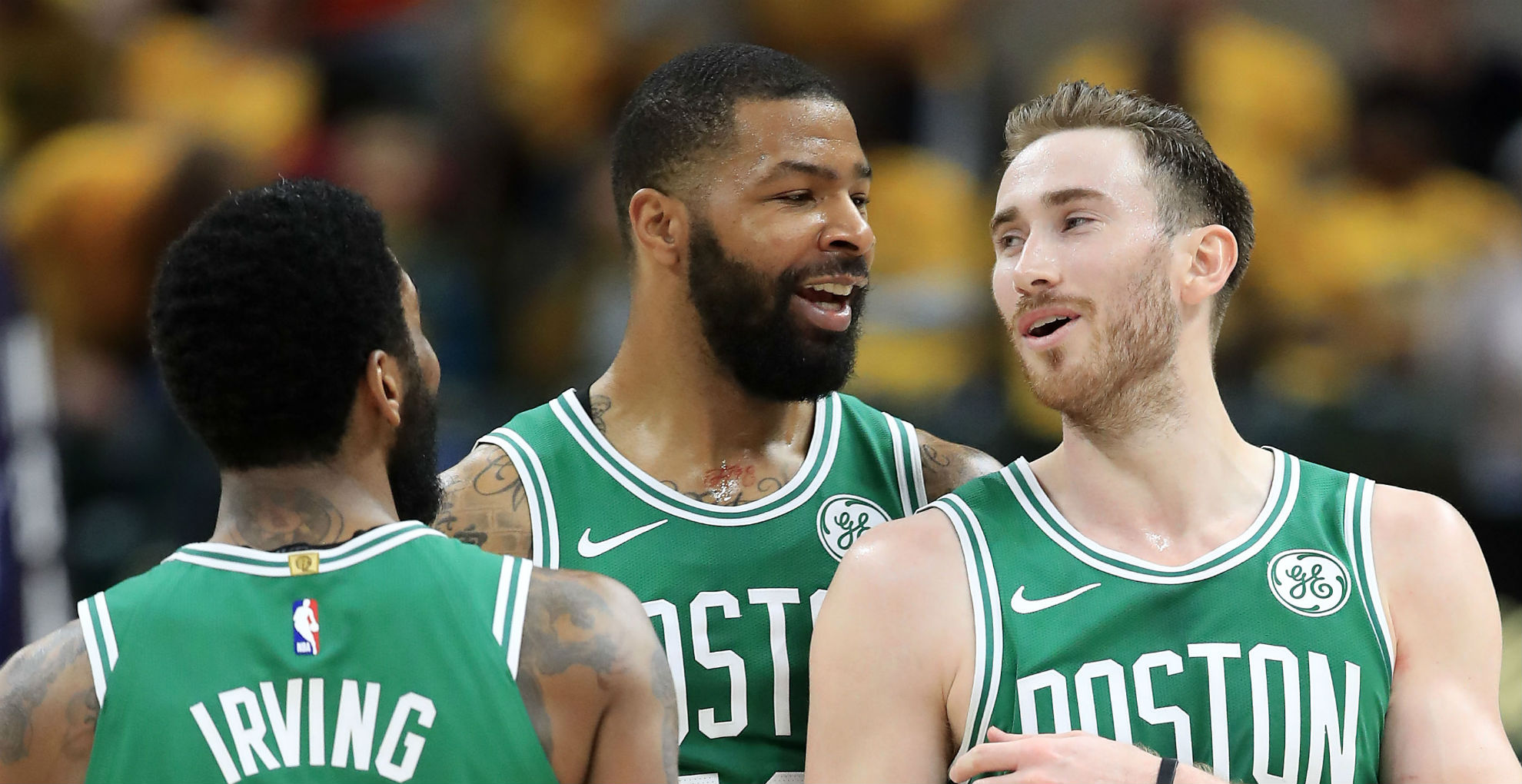 The Celtics are the first team to advance to the second round of the playoffs.

Boston beat Indiana 110-106 in Game 4 behind a balanced scoring attack.

Gordon Hayward appears to be hitting his stride at the right time, as he posted a team-high 20 points in the contest. Six other players reached double-figures.

Bojan Bogdanovic’s 22 points led the way for Indiana but only one player shot better than 50 percent from the field in the loss.

Boston will likely play the Bucks, who are one game away from sweeping the Pistons, in the second round.

Meanwhile, the reigning champion Warriors are up 3-1 against the Clippers.

Kevin Durant and Klay Thompson combined for 65 points, leading Golden State to a 113-105 victory. Stephen Curry struggled shooting the basketball and finished 3 of 14 from the field.

The Warriors could finish the series off Wednesday in Oracle Arena.

In Orlando, Toronto delivered a knockout punch to the Magic in Game 4.

The Raptors beat Orlando, 107-85, extending their winning streak to three games in the series.

Orlando surprisingly upset Toronto in Game 1, but hasn’t been able to match that performance.

Kawhi Leonard was almost unstoppable, scoring a game-high 34 points in the Raptors’ victory to follow up his below average Game 3 performance.

Aaron Gordon’s 25-point effort led the Magic. But they couldn’t buy a 3-pointer and converted just seven of their 33 attempts.

Toronto is playing like a top contender and will look to close things out at Scotiabank Arena on Tuesday.

Elsewhere, the Trail Blazers responded to their Game 3 loss with a 111-98 victory over the Thunder.

All eyes have been on the point guard battle between Damian Lillard and Russell Westbrook, but CJ McCollum led the way for the Trail Blazers.

McCollum recorded a team-high 27 points on the night and made five 3-pointers.

On the other side, Paul George posted a game-high 32 points and 10 rebounds.

Portland became the first team to win an away game in the series, so now all the momentum is swinging in its direction.

Stud of the Night

Marcus Morris scored 18 points on 7-of-11 shooting for the Celtics.

Lou Williams scored 12 points on 2-of-10 shooting for the Clippers.

Russell Westbrook scored 14 points, but it was on 5-of-21 shooting.

Kyrie Irving’s steal was turned into a behind-the-back pass, which was finished on the other end by Jayson Tatum.

Gilgeous-Alexander’s ball fake fooled Andrew Bogut and allowed him to bank in a floater.

George kept the Thunder in the hunt with a buzzer beater from behind the arc to end the third quarter.

Rockets at Jazz – Houston came out on top in Game 3 despite James Harden’s horrendous shooting performance. Utah found a way to bother the league’s leading scorer for a majority of the game, but failed to capitalize on its opportunities to pull ahead. The Jazz lost a one possession game, so minor adjustments could help them turn things around. Harden likely won’t play as bad a second time, though.