Cathay Pacific has warned staff they could be fired if they “support or participate in illegal protests” in Hong Kong, as pressure from Beijing... 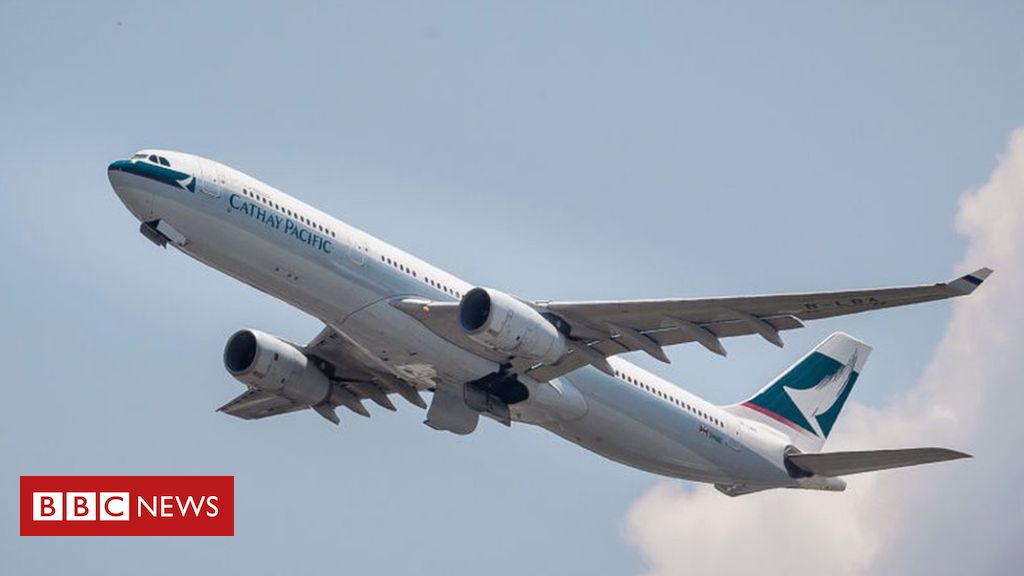 Cathay Pacific has warned staff they could be fired if they “support or participate in illegal protests” in Hong Kong, as pressure from Beijing intensifies.

The warning was emailed to staff by chief executive Rupert Hogg on Monday.

On Friday, China ordered the airline to suspend workers who support pro-democracy protests in the territory.

Cathay fired two employees and suspended one pilot over the weekend in response to the order.

The airline, Hong Kong’s flagship carrier, has found itself in a difficult position over long-running pro-democracy demonstrations in the territory that have angered Beijing.

The email from Mr Hogg, seen by the BBC, followed more violent clashes in Hong Kong on Sunday.

“Cathay Pacific Group has a zero tolerance approach to illegal activities. Specifically, in the current context, there will be disciplinary consequences for employees who support or participate in illegal protests,” Mr Hogg wrote.

“These consequences could be serious and may include termination of employment.”

Shares in the Hong-Kong based airline fell more than 4% on Monday, leaving them on track to close at a decade-low.

Protests in Hong Kong began about nine weeks ago over a proposed extradition bill between the territory and mainland China, and have evolved into demands for greater freedoms.

Hong Kong is part of China but its citizens have more autonomy than those on the mainland.

It has a free press and judicial independence under the so-called “one country, two systems” approach – freedoms activists fear are being increasingly eroded.

Cathay Pacific suspended a pilot who has been accused of rioting after allegedly participating in the Hong Kong protests, following a directive from China’s aviation regulator last week.

In a statement, Cathay Pacific said it “wishes to make it clear that we express no view whatsoever on the subject matter of any proceedings to which he may be subject”.

It also terminated two airport ground staff for “misconduct”. No further details were given.