Carmelo Anthony may have a chance to return to the NBA. League executives believe the Lakers are the “most likely destination” for the 35-year-old... 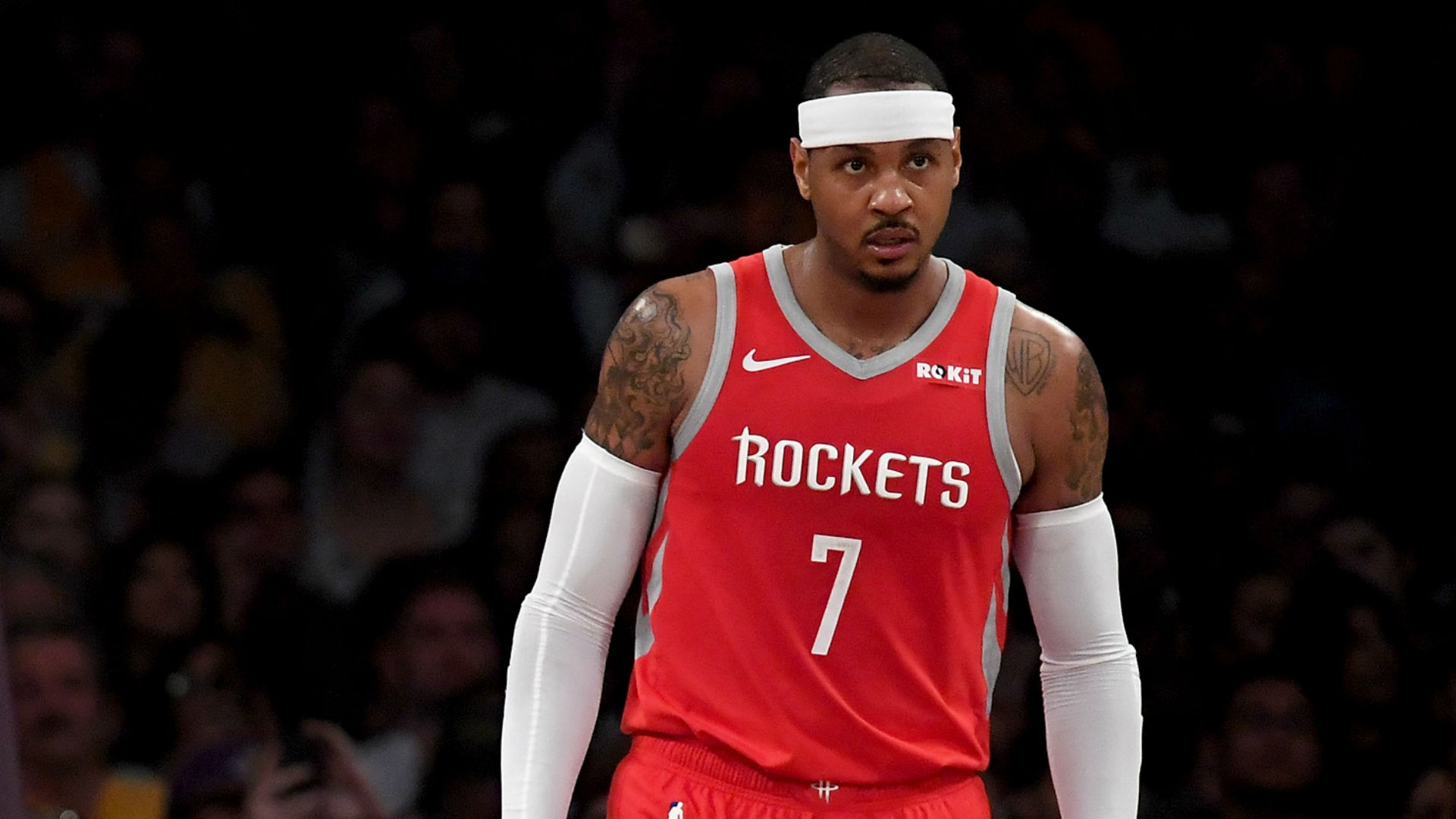 Carmelo Anthony may have a chance to return to the NBA.

League executives believe the Lakers are the “most likely destination” for the 35-year-old forward in free agency this summer, according to a report from SNY. Anthony is good friends with Los Angeles star LeBron James and the team reportedly had some level of interest in signing him during last season.

Anthony has been out of the league since agreeing to part ways with Houston in mid-November. He averaged 13.4 points and 5.4 rebounds in his 10 games with the Rockets, who eventually traded Anthony to the Bulls in January.

“At this point, I just want to be happy,” Anthony said in January. “I think I’ve put myself in a good, peaceful mind state right now, (being) able to focus in on what I need to focus in on. And whatever’s going to make me happy, then we’re going to make it happen.”

Anthony said in late April he’d be open to re-signing with the Knicks, where he was a star from 2011-17.

The Lakers, meanwhile, completed one of the biggest trades in NBA history earlier this month when they acquired Anthony Davis from the Pelicans in exchange for Josh Hart, Lonzo Ball, Brandon Ingram and three first-round picks.

“I have 100% confidence in Rob Pelinka running our basketball operations,” Buss said. “I’ve always had confidence in Rob. Whatever the speculation is out there, we don’t need the outside media to validate what we do. I’m very happy. I think we’re on the right path but there’s still more work to do.

“There will be a lot of changes. Lakers fans, be patient. We’re going to get there. We’re not going to stop until we’re all proud.”

Los Angeles has also been linked to Brook Lopez, DeAndre Jordan, Nikola Vucevic and Bobby Portis, amongst others.