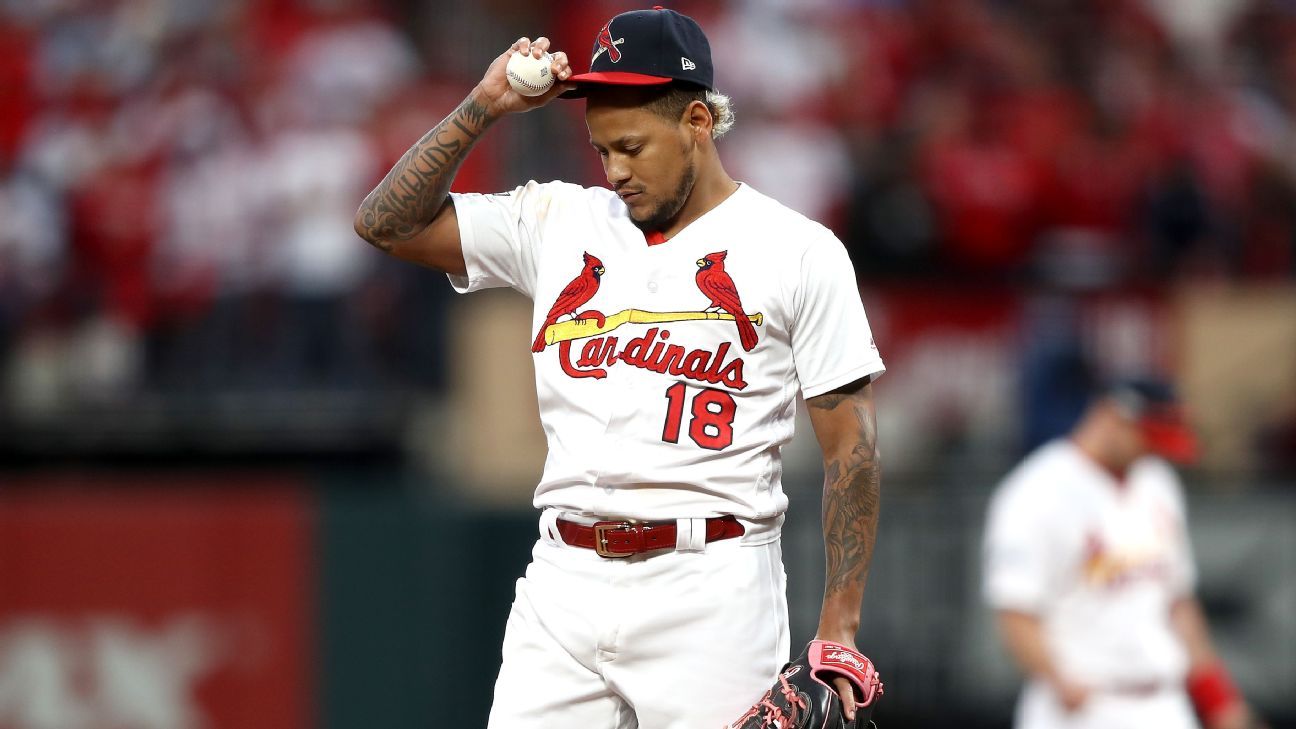 ST. LOUIS — Though Cardinals manager Mike Shildt says they’ll “evaluate” the situation, he’s not running away from closer Carlos Martinez after the righty blew the save in a critical 3-1 loss to the Atlanta Braves in Game 3 of the NL Division Series on Sunday.

Down 1-0, the Braves rallied for three runs in the ninth to take a 2-1 series lead on the Cardinals. Game 4 is Monday afternoon.

“I mean, I don’t know exactly [Martinez’s] save percentage, but it’s about as good as anybody in baseball,” Shildt said after the loss. “So that’s his spot. He’ll be in that spot [Monday], and I’ll have full confidence in him.”

Martinez gave up three runs on three hits and two walks — one intentional — as Braves shortstop Dansby Swanson tied the game with a two-out double that was followed by a two-run single by Adam Duvall. Both hits came off of sliders, Duvall’s on a 0-2 pitch.

“There were some pitches that didn’t go where they were supposed to go,” Martinez said through the team interpreter. “I didn’t have the best grip on the slider. I tried to get that pitch to do what it was supposed to do and I didn’t get to it.”

The big question is if the Cardinals could have seen this coming and if there is anything they can do about it as they face elimination. Martinez gave up two home runs in a Game 1, a 7-6 victory, but had only given up runs in one outing in September.

“If you look at — he’s bent, but he hasn’t broke a lot,” Shildt said. “He’s been really, really good a lot. You look at his numbers. One of the big reasons that I’m sitting here and we’re playing is Carlos Martinez and the job he did coming in for Jordan [Hicks]. We didn’t miss a beat. He’s been outstanding in that role.”

Some might look at the decision to walk lefty-hitting catcher Brian McCann and put the lead run at first base as a mistake, but Shildt indicated going for the win — and facing the righty Swanson — trumped everything else.

“Consensus was that rather take a shot at Swanson, 0-for-6 [career] at that point with Carlos, clearly that’s the go-ahead run you’re putting on,” Shildt explained. “But you have two outs, and we play to win. Play to win the game. Everybody felt like that was the best match up, including the guy on the mound.”

Martinez added: “The situation called for that walk. McCann is a more veteran player than Dansby.”

Swanson hit the first pitch from Martinez off the wall in left field, scoring pinch-runner Billy Hamilton from third base and setting up Duvall’s two-run single.

“Everybody has a bad day,” Martinez said. “Today was my turn. … We still have [Monday] to get back into the series.”

But will Martinez be in his same role? Shildt showed confidence in his closer while leaving the door open a smidge.

“We’ll continue to evaluate it,” Shildt said. Now we’re in a do-or-die situation, and really looking forward to tomorrow’s game, quite honestly. But guys have gotten us here, it’s hard to look at them and say, ‘Oh, you didn’t do something well.’ The proverbial, ‘I’ve got your back until things don’t go well.’

“But we’ve also got to recognize and evaluate what we see and compete in the moment. [I] had complete confidence that he was going to be able to make a pitch there to Swanson and it didn’t happen.”