Toronto, Canada – Canadian Prime Minister Justin Trudeau won a second term on Monday, but he lost his majority in Canada’s parliament. Now Canadians are watching closely to see what he’ll do next.

Speeches in the early hours of Tuesday morning saw party leaders speaking over one another and striking a victorious tone.

“I have heard you, my friends,” Trudeau said. “You are sending our Liberal team back to work, back to Ottawa with a clear mandate.”

In fact, he does not have a clear mandate. Trudeau’s Liberals won the most seats in Canada’s parliament – 156 – but the party did not pass the threshold of 170 seats to win a majority government, so he will need the support of other parties to pass legislation.

Conservative leader Andrew Scheer called his party “the government in waiting”, referring to his huge gains Monday night. The Conservatives won 121 seats in Parliament compared with 99 in 2015. They also won the popular vote, claiming 34.4 percent over the Liberals’s 33.1 percent, but that does not mean they get to govern.

“When your government falls, Conservatives will be ready and we will win,” Scheer said. 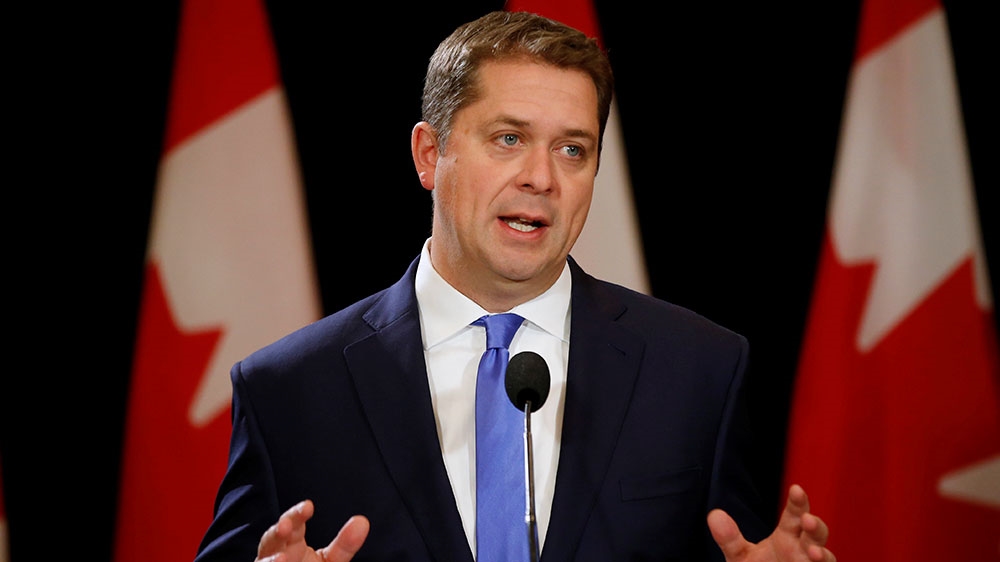 In the coming weeks, Trudeau will put together a new cabinet after losing a few key ministers this election. Trudeau will then consult with the governor general, who represents Queen Elizabeth II in Canada, to set a date to recall Parliament.

Before Parliament is recalled, Trudeau and his officials will write what’s known as a “Speech from the Throne” to open the new session of Parliament. Read by the governor general, the speech lays out the direction of the government going forward. Members of Parliament debate it and then they hold a vote.

To pass, the speech needs the support of a majority of the House – 170 seats or more.

Analysts say the New Democratic Party (NDP) would be the most natural ally for the Liberals because they share the most ideological overlap. The NDP also has 24 seats, which means the Liberals’s would pass the threshold needed to get legislation passed. NDP leader Jagmeet Singh said in advance of the election he would be willing to work with the Liberals. 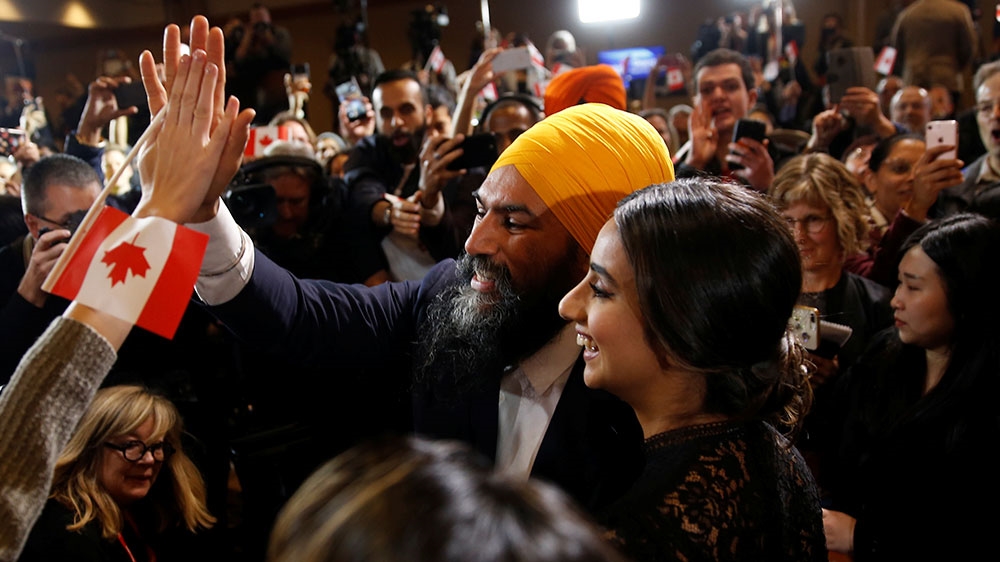 According to Philippe Lagasse, associate professor at Carleton University and expert on Canada’s parliamentary system, Trudeau does not have to consult with other parties on the Throne Speech; he could just choose to include policy points he thinks would be amenable to the NDP, for example.

“But he may also have political advisers and others meeting directly with them in order to get a sense of what their conditions are. I suspect those negotiations will be ongoing, and certain conditions will probably be laid out, but the NDP isn’t in a particularly strong position either.” The NDP lost a huge number of seats this election, down to only 24 from 44 in 2015.

University of Toronto political science professor emeritus Peter Russell said the Throne Speech will most likely include policy items that the Liberals and NDP agree on, such as a national pharmacare plan (a medications insurance policy), and possibly electoral reform.

“There will be some things they don’t agree on, and some they do, and the Speech from the Throne will have the common ground between the NDP and the Liberals,” Russell said.

There are a lot of different scenarios for how a Liberal-NDP alliance could play out.

Lagasse and Russell said they expect more of an ad hoc alliance rather than a coalition government – a formal agreement to govern together, or a confidence-and-supply agreement – a public document that lays out conditions of support.

“The government with the most seats cherry picks among the other parties to find enough support in the House, and it may often be the NDP but that doesn’t mean it will always be the NDP,” Russell said. “Sometimes they may have to reach out to the Bloc (Quebecois).”

The NDP might try to push the Liberals to go further on climate change policy, Russell said. But Lagasse said the Liberals could also work with the Conservatives on big-ticket items such as building the Trans Mountain pipeline expansion, which the NDP strongly opposes.

Russell and Lagasse said Canadians can expect a relatively stable government for the next year or two, until the opposition parties feel they are in a position to trigger another election.