Tiger Woods is a major champion once again, having claimed his 15th title almost 11 years after he last won at the highest level. Woods... 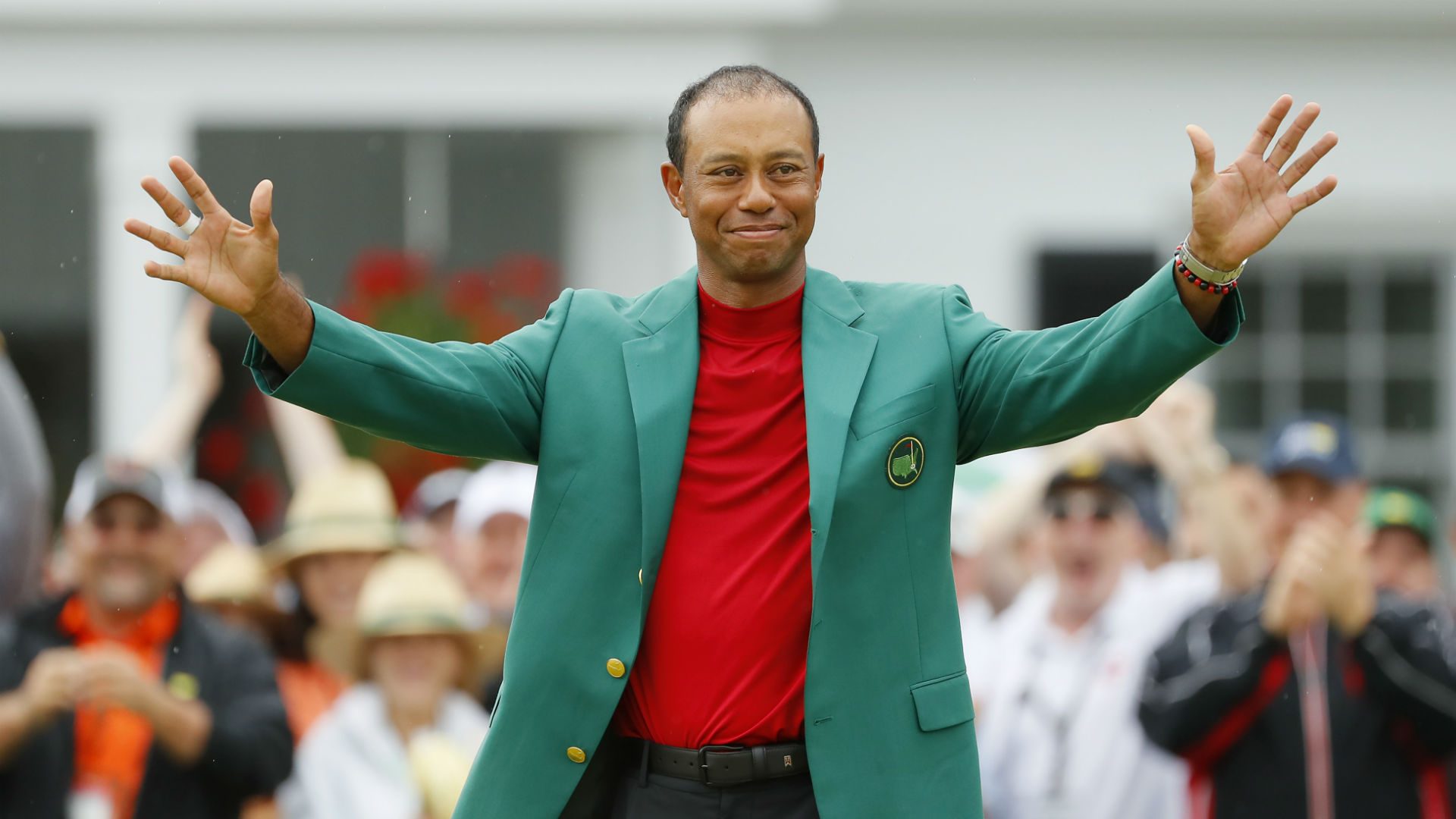 Tiger Woods is a major champion once again, having claimed his 15th title almost 11 years after he last won at the highest level.

Woods completed an extraordinary return to the top of the game, having overcome career-threatening injuries, by securing a one-shot victory at the Masters.

He had last triumphed at Augusta in 2005, but looked as imposing as ever down the stretch as he got the job done on Sunday.

Woods is now three short of Jack Nicklaus’ record haul of 18 majors. Two of Omnisport’s golf experts share their thoughts on whether Tiger can catch Jack.

Congratulations, Tiger! To come back and win the Masters after all the highs and lows is a testament to excellence, grit, and determination.

The aura is back, if anyone can do this, Tiger can – Peter Hanson

If this question had been posed to me a year ago, I would have needed helping back to my feet after falling off my chair laughing. But the circumstances could hardly be more different now.

Tiger, beaten down by a series of agonizing back injuries, himself admitted in late 2017 that he did not know if he would play again, let alone compete at the elite level of golf. This is no ordinary player we are talking about, though.

The statistics detailing his years of dominance make for remarkable reading. Even now there are times you have to double take to make sure what you are fact checking is correct.

Reeling in, and then overtaking, Nicklaus would have been a task much more achievable had Tiger converted challenges at last year’s Open and US PGA Championship into victories.

Yet that inimitable aura is undoubtedly back. So are the club twirls, the exquisite wedges, the cocksure body language of a serial winner.

At 43, time is running out for Woods and even a player of Tiger’s extraordinary talent cannot compete at the top level forever.

The competition is stronger than ever but if any player is capable of doing something to boggle the mind of even his most ardent supporter, it is Tiger Woods. He can win 18 majors and more.

Golf is a sport that affords its legends a little more time to grace the stage, and not merely as bit-part players.

Well into their 30s, and in some notable cases their 40s, players can enjoy starring roles at major championships.

But when those in the latter age bracket do win one of the four headline events, it invariably proves to be their swansong.

Nicklaus was 46 when his 18th arrived and, though he flirted with more Masters glory after that Augusta triumph, he was essentially a spent force in that regard.

Gary Player managed to claim a green jacket at the age of 42, and Lee Trevino a PGA Championship title at 44.

But there is no trend of players winning multiple majors in their twilight years in the modern era. Every year from 40 onwards, it just gets tougher.

Tiger will face the same challenges as his predecessors when it comes to confronting his advancing years — an aging body, a talented new crop awaiting their turn, and the growing sense that time will prove his greatest enemy.

The debate about whether Tiger would surpass Nicklaus has been decided precisely because it has taken Woods 11 years just to add just one more to his tally. He will not get another four before the clock runs down.