Can The ‘Deal of the Century’ Resolves the Decades-old Conflict Between Palestinians and Israelis?

The Trump administration is expected to unveil its ‘Deal of the Century’, a deal that most in the region view as a normalisation of... 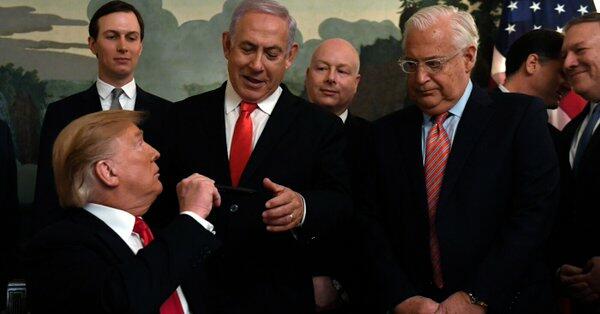 The Trump administration is expected to unveil its ‘Deal of the Century’, a deal that most in the region view as a normalisation of Israeli occupation and nothing else.

The Trump administration sees the two-day “Peace to Prosperity” summit in Bahrain’s capital this week as marking the first step in a grander plan aimed at resolving the decades-old conflict between Palestinians and Israelis. Yet, due to a host of factors, this conference in Manama has left many Arab leaders nervously facing a predicament. The Jordanian government is particularly unsettled by this summit and the ramifications for the region as well as possible turmoil in the Hashemite Kingdom.

Although details of the so-called “Deal of the Century” are not known to the public, reports indicate that the US peace plan entails the consolidation of Israel’s occupation of Palestinian land outside of the Jewish state’s internationally recognised borders and Jordan being required to absorb descendants of Palestinians who were ethnically cleansed during the Nakba of 1947-1948.

Put simply, most experts believe that the “Deal of the Century” dismisses the notion of Palestinian rights, grants nearly everything to Israel, and does so at the expense of Jordan’s vital interests.

Many observers consider the intended purpose of this “workshop” to be the establishment of the foundation for the “Deal of the Century”, placing Jordan’s leadership in an awkward position as Amman does not want to see Jordan as an “alternative homeland” for Palestinians.

Considering the potential marginalisation of Jordanian interests, it is not difficult to understand why so many have taken their anger against the “Deal of the Century” to the street.

On June 21, hundreds of Jordanian supporters of the Islamic Action Front (the country’s largest opposition group) in Amman protested the “Deal of the Century” and called on their government to boycott the “workshop” in Manama, chanting “O Trump, O Trump, go away from us. Jordan is steadfast and we will never kneel…No to normalisation with Israel… down, down with the Bahrain conference.”

Amman is under pressure from Washington and Riyadh, which supplies the Hashemite Kingdom with much economic aid, to attend the conference and possibly help lend Jared Kushner some degree of credibility in his “peacemaker” role. As there are growing signs of discontent within Jordan as well continued calls for major reforms, striking this delicate balance between Jordanian citizens and allies will be challenging for the leadership in Amman.

To engage with the Trump administration and show support to Gulf kingdoms without being perceived as having betrayed the Palestinians, Jordan will attend the summit but while also opposing plans that do not call for a sovereign, independent Palestinian state with Jerusalem as its capital.

From a domestic standpoint, embracing any solution to the Palestinian-Israeli conflict other than the two-state solution would be political suicide for Jordan’s leaders, thus, Jordanian officials are reluctant to attend this conference.

Amman also has further concerns about this “workshop” triggering a grave and existential crisis for Jordan. Throughout the Hashemite Kingdom, there is concern about how the US, Israel, and certain Gulf states are dealing with the Palestinian issue in ways that severely threaten stability in Jordan.

Many experts believe that if Jordan would absorb the Palestinian refugees, the international community would eventually drop the Palestine file and forget the “right of return” as established under international law. Under such circumstances, Jordan would pay a significant price, and the country’s communal tensions could easily flare up because of the demographic implications of the “Deal of the Century” moving forward.

Tribal Jordanians, who have roots in the East Bank and who have historically served as a foundation of support for the Hashemite Kingdom’s monarchy, have fears about such demographic changes that would result from Jordan officially granting Jordanian citizenship to these Palestinians who would become a new voting majority in Jordan.

What will unfold at this “workshop” in Manama? As admitted by Kushner, who will set forth a vision for the Palestinians’ economic development at this conference, the summit cannot achieve anything if political problems, which this conference will not address, are not resolved.

The “workshop” will be nothing more than a “kabuki show” as one former US ambassador put it. All the Arab states which are sending representatives understand that nothing will be achieved at this summit, yet their interest in currying favour with the White House has given these governments incentive to participate.

Although nothing positive can likely come out of the conference, there are many reasons why regional governments have been on alert as the summit kicks off. Some analysts have raised the possibility of Iran, which accuses the Arab Gulf states that are hosting/attending of betraying the Palestinians, provoking a conflict with the Israelis via Tehran-backed militias in Gaza such as Islamic Jihad.

At the same time, further protests in Jordan and Palestine are expected, as this summit will inevitably trigger anger among Jordanians and Palestinians who oppose the decision of Arab states to engage with Kushner and others in the Trump administration, which has broken with its predecessors by rejecting the two-state solution as the basis for resolving the conflict.

Jordan rightfully sees the Trump administration’s vision for the economic development of the Palestinian people as disingenuous. Ultimately, channelling in money from the Gulf and elsewhere to steer a technocratic solution to the crisis between Palestinians and Israelis without even acknowledging the basic fact that political problems sit at the heart of this conflict is not a realistic plan for establishing lasting peace or prosperity.