New research suggests that chemicals in purple corn can reduce inflammation and insulin resistance in a mouse cell model. Can researchers harness the chemicals... 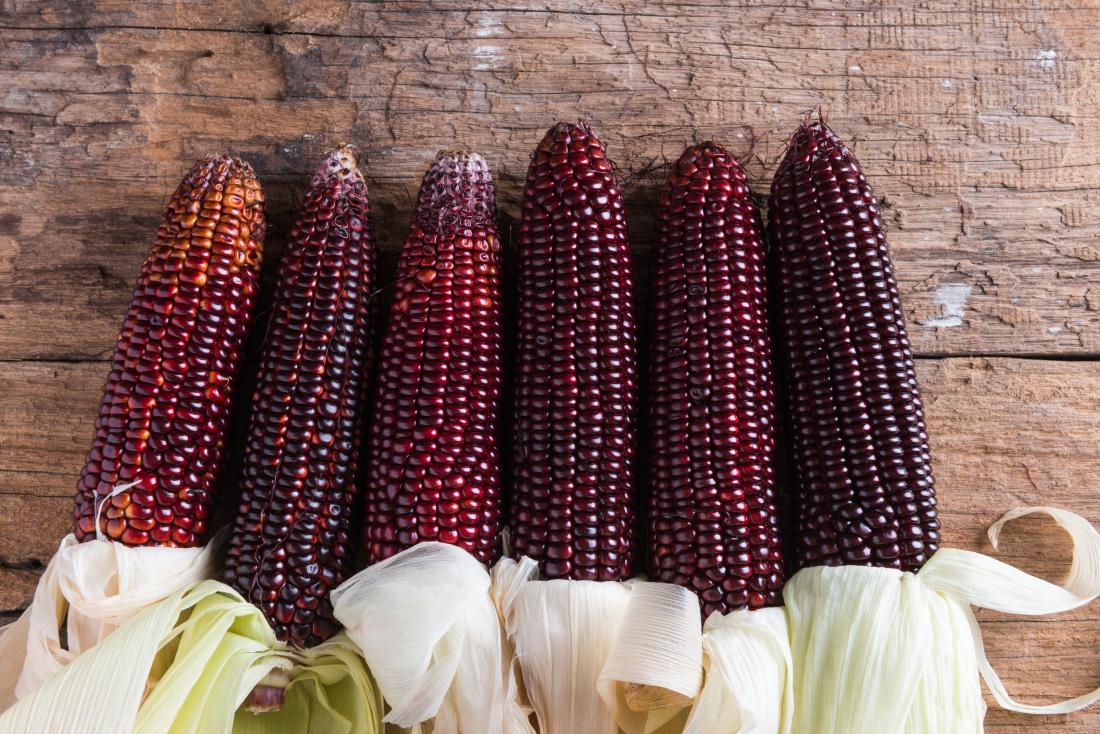 Can researchers harness the chemicals in purple corn to improve diabetes?

Eating a healthful diet is a cornerstone of the prevention and management of type 2 diabetes. Fruit, nonstarchy vegetables, whole grains, nuts, seeds, and legumes are all on the list of foods that the American Diabetes Association (ADA) recommend.

There is no one-size-fits-all approach, and the latest ADA recommendations advise that individuals work with a healthcare professional to determine which foods help them control their blood sugar levels.

Corn may not be the most obvious choice when looking at managing diabetes. However, this grain comes in a variety of shades and colors, and it is these pigment chemicals that might hold the key to unlocking its potential benefits for people living with diabetes.

A research team from the University of Illinois at Urbana-Champaign, who worked with collaborators at Northeast Agricultural University and Zhejiang University, both in China, now presents data showing that the complex phytochemicals in a variety of new purple corn strains may reduce inflammation and improve insulin sensitivity in a mouse cell model.

Elvira Gonzalez de Mejia, corresponding author and a professor of food science, led the research, and the team published the findings in the journal Food Chemistry.

For the study, the researchers spent 4 years growing 20 new varieties of corn, which they derived from Apache red maize. They then used water to extract the chemical compounds present in the outer layer of the corn kernels, called the pericarp.

Each pericarp extract had a unique profile of anthocyanins, the pigments that create a corn strain’s particular shade of red-purple, as well as other phytochemicals or phenolic compounds, including caffeic acid, vanillic acid, luteolin, and quercetin among others.

To test the potency of each strain’s pericarp extract, the researchers took to the laboratory and used mouse cell models of inflammation and obesity — two critical drivers of diabetes — as well as insulin resistance.

When they exposed macrophages to the extracts, they saw a reduction in pro-inflammatory molecules. Macrophages are immune cells that play a role in inflammation.

They also found that some of the extracts were mildly toxic to fat cells but were able to dampen the conversion of precursor cells into mature fat cells called adipocytes, which accumulate fat and drive obesity.

The researchers also tested their pericarp extracts on adipocytes that they had artificially induced to develop insulin resistance, a hallmark of diabetes.

The extracts reduced the levels of oxidative stress in the cells, which is a measure of insulin resistance.

Glucose uptake increased to varying degrees in the presence of the extracts, according to the study paper, and this demonstrates a reduction in insulin resistance.

The purple corn extracts may provide some additional benefits.

Alpha-amylase is an enzyme that plays a role in the process of breaking down complex carbohydrates into simple sugars. Inhibition of the protein in people with diabetes can lead to lower blood sugar levels. The pericarp extracts had a potent inhibitory effect on alpha-amylase.

The extracts also inhibited another enzyme called dipeptidyl-peptidase 4 (DPP-4), which activates hormones that regulate insulin secretion in turn. Pharmaceutical DPP-4 inhibitors are a relatively new class of drug that doctors use to treat type 2 diabetes.

MNT asked de Mejia whether she foresees people with diabetes making use of purple corn by including it in their diet or by taking pericarp extracts.

“Both approaches are important,” she explained, “the consumption of the whole colored corn as part of the diet, and also, the utilization as ingredient of the current pericarp coproduct from the dry milling corn processing.”

The researchers are continuing their work with the aim of breeding corn hybrids that combine the phytochemicals that showed the most potential in the study.