A recent paper describes how scientists set up a gym in a psychiatric inpatient unit to find out whether exercise could improve symptoms and... 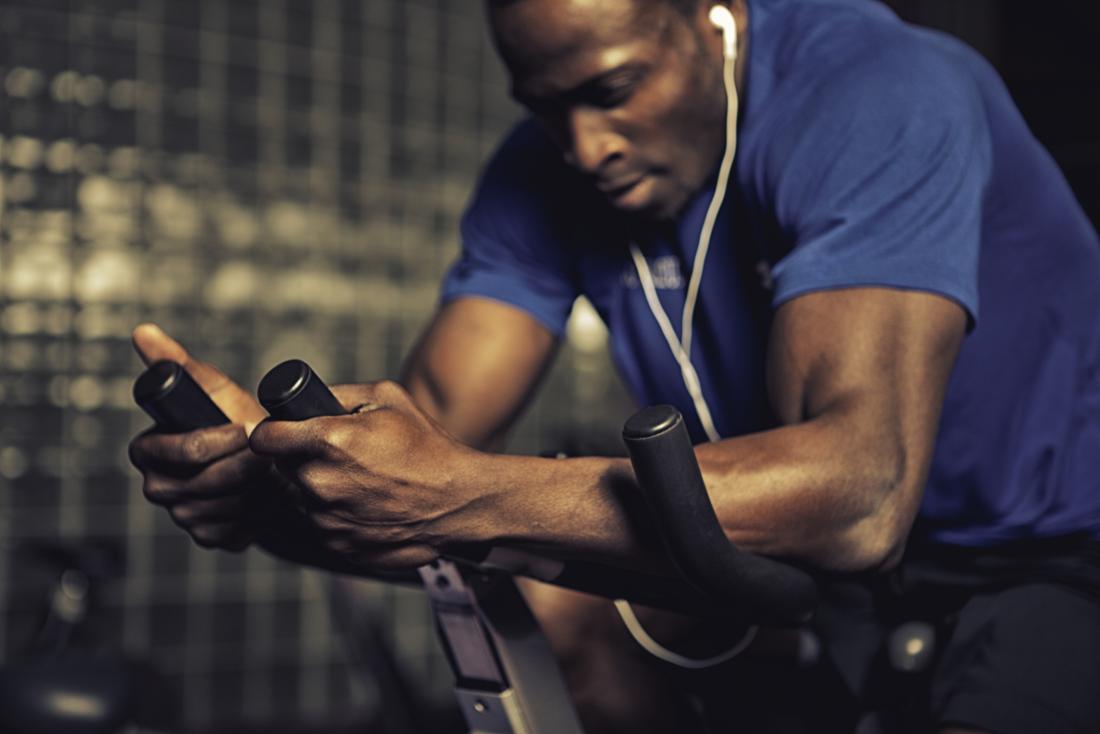 A new study asks whether exercise could, at least partially, replace medication for psychiatric inpatients.

Over recent years, there have been several investigations into the relationship between exercise and mental health.

Studies have shown that physical activity can reduce anxiety and depressive symptoms in some cases.

However, the most recent study takes this effect one step further.

The study, carried out by scientists from the University of Vermont in Burlington, investigated how an exercise regime might benefit inpatients at a psychiatric facility.

They published their findings in the journal Global Advances in Health and Medicine.

A new approach to inpatients

Inpatient psychiatric populations are complex, comprising individuals with a wide range of conditions and symptoms.

When an individual arrives at a facility, doctors usually prescribe psychotropic medications. The patient also receives talking therapies, such as psychotherapy. Doctors monitor and tweak drug and therapy regimes until the patient improves enough to leave their care.

These facilities are often cramped, and patients often find them stressful. Stress can exacerbate mental health conditions, so it is essential to find ways to minimize discomfort and reduce the time people spend in these facilities.

He designed an experiment that combined physical activity with information about healthful nutrition — building a holistic, drug-free intervention.

In all, they recruited 100 patients to take place in the trial. There was a cross-section of conditions represented in the sample, including bipolar affective disorder, borderline personality disorder, depression, generalized anxiety disorder, schizophrenia, and psychosis.

Each participant carried out 60-minute sessions of structured exercise. According to the authors, “Each 60-minute exercise session consisted [of] a combination of cardiovascular training, resistance training, and flexibility development.”

To gauge the impact of the gym activity, the researchers gave questionnaires to the participants just before and after the sessions. The surveys asked about levels of self-esteem, mood, and self-image.

Overall, the findings were encouraging. After completing the bouts of physical activity, 95% of participants showed improvements in mood and self-esteem, compared with the questionnaire scores before the sessions.

Also, 91.8% of participants said that they were happy with how their bodies felt after the sessions. They also reported reductions in depression, anxiety, and anger.

“The general attitude of medicine is that you treat the primary problem first, and exercise was never considered to be a life or death treatment option. Now that we know it’s so effective, it can become as fundamental as pharmacological intervention.”

Importantly, 97.6% of participants said that following the session, they would like to exercise more often.

Medical News Today recently spoke with Prof. Tomasi. We asked whether he was surprised by the findings. He said, “We were certainly surprised by the percentages, especially given that they were consistently high, irrespective of the specific diagnostic backgrounds.”

In other words, the level of positivity was comparable between people with very different types of mental condition, from schizophrenia to major depressive disorder.

We also asked Prof. Tomasi whether doctors might prescribe exercise regimes to patients in these types of facilities in the future. He said, “It is my true hope that this would be the case.”

Prof. Tomasi explained that because the risks and costs associated with exercise are minimal, it would be an ideal intervention.

The study does have limitations, however. Primarily, as the authors note, they had a relatively small sample size. Also, the study did not follow patients over the coming hours, days, or weeks, which would have yielded further insight.

Additionally, the windows of the newly built gym let in a large amount of natural light, something that the rest of the facility lacked. Natural light itself might have some impact on mood levels. However, that said, this study aimed to look at a holistic experience — exercise, a welcoming environment, and education wrapped into one.

The important takehome message, as far as the authors are concerned, is that the intervention boosted self-reported levels of happiness and well-being without using any drugs.

“The fantastic thing about these results is that if you’re in a psychotic state, you’re sort of limited with what you can do in terms of talk therapy or psychotherapy. It’s hard to receive a message through talk therapy in that state, whereas with exercise, you can use your body and not rely on emotional intelligence alone.”

MNT also asked Prof. Tomasi about any future research he might be planning. He explained, “One of the biggest problems with exercise prescription is [the] possible biophysical limitation of patients in the case of injuries, other medical comorbidities, or sensorimotor/neurofunctional impairment.”

To approach this issue, Prof. Tomasi and his team have designed a system he calls Olfactory Virtual Reality (VR). He explains how “this device combines cutting edge research in standard VR technology […] with olfactory bulb stimulation through an attached device which secretes [instant] aromatherapy scents in the context of virtual scenery.”

He explains that patients could “interact with a natural environment,” such as woods, plants, and trees. This, he hopes, would benefit those individuals who cannot engage in physical activity.

Although researchers will need to do follow-up work to identify precisely how much difference this type of holistic intervention can make, the findings are encouraging. It would be a significant step forward if doctors could assist individuals with the most challenging psychiatric conditions without using drugs.