Ouagadougou, Burkina Faso – A Burkinabe member of parliament and deputy mayor of Djibo, a town in Burkina Faso‘s Sahel province, has been assassinated on the road between Djibo and the capital, Ouagadougou, raising alarm over the continued violence in the country.

Local sources said the vehicle in which Oumaru Dicko was travelling on Sunday with three others was hit by an improvised explosive device (IED) causing a crash which killed two of the passengers instantly.

Passengers travelling on a bus from Ouagadougou to Djibo witnessed the attack and said they tried to rescue Dicko and another surviving passenger from the vehicle before unidentified gunmen approached them and took the two men away to be executed.

“We took the wounded out of the car. The attackers took them away and we heard gunshots,” said one eyewitness, speaking to RFI, a French broadcaster, “they had rocket launchers and sophisticated weapons.”

So far, none of the armed groups operating in Burkina Faso have claimed responsibility for the attack.

This is the first time a member of parliament has been assassinated in the conflict, which has spiraled in Burkina Faso since a coup-forced regime change in 2015.

It is not unusual for attacks in Burkina Faso to go unclaimed, although most cases are attributed to armed groups including Ansar ul Islam, Jama’at Nasr al-Islam wal Muslimin (JNIM) and Islamic State in the Greater Sahara (ISGS), which operate in Burkina Faso and the wider Sahel region of Africa.

On Monday, France announced it would be expanding Barkahne, its Sahel military operation, into Burkina Faso by sending troops to its northern region.

So far this year, the conflict in Burkina Faso has led to nearly 1,700 deaths according to data provided by the The Armed Conflict Location & Event Data Project (ACLED) – more than in neighbouring Mali’s conflict which has received more international funding, military support and media attention than Burkina Faso.

It has also prompted a humanitarian crisis in which almost half a million internally displaced people (IDPs) have been forced to flee their homes.

The assassination on Monday is symbolic of the level of violence in the north and, to a lesser extent, the east of the country, which the government and army is struggling to control, observers say.

Elvis Nadou, editor-in-chief of WAT FM, a news radio station, told Al Jazeera English, “As deputy-mayor, Dicko was a symbol and representative of the executive power at the local level. In the national assembly, he acts and speaks in the name of the popular interest and therefore, to a degree, represents an entire nation.”

Diminishing state control and lawlessness in the north of the country is a clear issue for the government to tackle.

Analysts have in part blamed years of neglect and lack of infrastructure in the north for a growing sense of isolation and anger among the citizens who live there.

Armed groups are also taking advantage of the discontent and the region’s isolation to recruit new members and sow division from the state in Ouagadougou.

A local councillor who worked under Dicko, but declined to be named for fear of his own safety, told Al Jazeera English that the town of Djibo has been “neglected for a long time”.

“The Compaoré government promised to improve the road from Djibo to Kongussi… the people are unhappy because they are separated from the capital.” 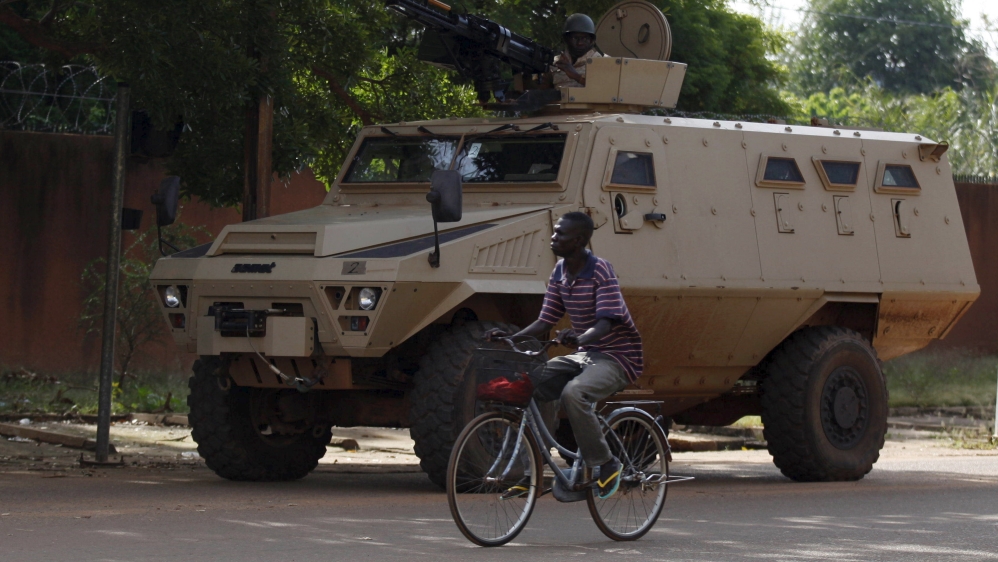 Djibo has suffered six attacks so far this year. In April, the homes of police officers were attacked by suspected armed fighters.

In September, police were forced to leave the town amid the growing threat of insecurity, although the Burkinabe military now occupies the area.

Because of the recurring violence, it has become a normal practice in Burkina Faso for members of parliament to be escorted by the army when travelling.

Dicko refused military escorts and guards at his residence in Djibo on the basis that he was a member of the opposition party and did not wish to be spied upon by the incumbent party, according to the councillor in Djibo.

The councillor described the mood in Djibo since Sunday as one of, “total confusion, since we dont know who carried out this assassination,” and said of Dicko, “He was doing a lot to help the people of Djibo… When he said he would do something, he did it.”

Despite the security situation in Djibo and other towns in the north, “the majority of Burkinabé trust the authorities, but expect more effective action,” said Elvis Nadou.

Nadou pointed out that the G5 Sahel force, a military alliance set up by five countries in the Sahel region to combat armed violence, is in need of swift funding to prevent further attacks.

Alongside France’s new commitment to send troops to the northern region of Burkina Faso, the EU and ECOWAS, the West African political block, have agreed to more funding for the G5 Sahel, but much of this is yet to materialise.

“We hope that with the support of contributors, these attacks and assassinations will become an old memory,” said Nadou. In the meantime, the violence in Burkina Faso continues to escalate.