Mourners gathered at a vigil for British backpacker Grace Millane in Wellington, New Zealand, soon after her death ... 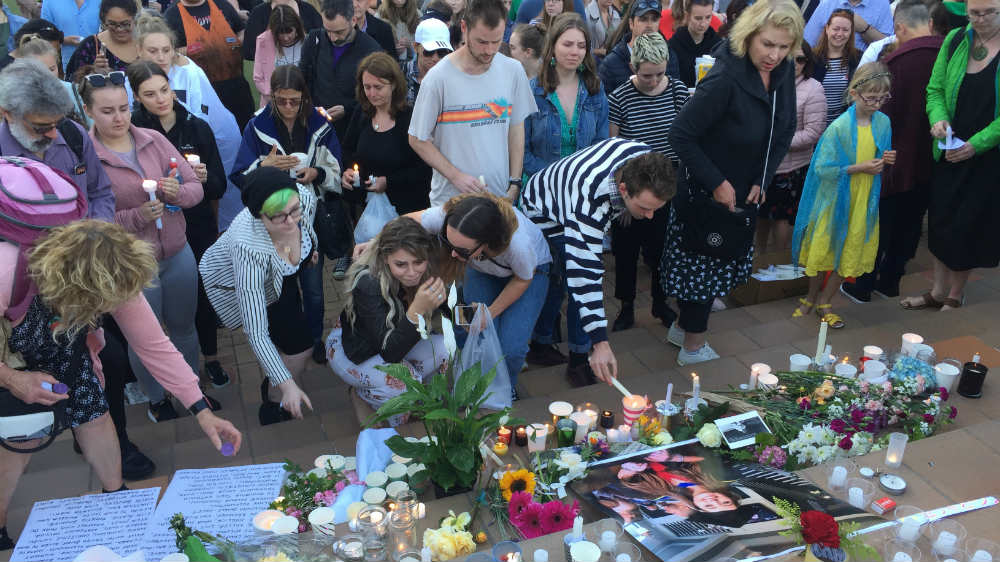 A British backpacker was allegedly strangled to death by a man she met on Tinder, prosecutors told a New Zealand court on Wednesday, in a case that has shocked the Pacific nation.

Grace Millane, 22, who was travelling after finishing university, went missing in Auckland on December 1.

Police found her body on December 9 in bushland just a few metres from a scenic drive in Auckland’s Waitakere Ranges.

The accused, a 27-year-old man, met Millane on the evening of December 1 through dating app Tinder, the jury heard. Closed circuit cameras filmed the pair kissing before heading to the man’s hotel apartment, prosecutor Robin McCoubrey told the Auckland court.

McCoubrey said the Crown’s case was that Millane died in the accused’s apartment from sustained pressure to the neck. Her body also showed bruising to her chest and upper arms, the court heard.

The accused, whose name has been suppressed by the court, has pleaded not guilty to murder.

“One of them can’t tell us and the other one hasn’t told the truth about what happened,” he added.

McCoubrey said the accused took several photos of Millane’s body on December 2. Later that day, he placed the body in a suitcase and drove it in a hire car to the Waitakere Ranges where he buried her, the jury heard.

McCoubrey told the court the accused initially told police he had met Millane for a drink before parting ways with her but then changed his story, saying he and Millane went back to his apartment and where they engaged in “rough sex”.

The accused’s lawyer, Ian Brookie, told the jury Millane’s death was an accident.

“Ms Millane died as a result of what they consensually engaged in,” Brookie was quoted as saying by Herald.

“An act designed to enhance their sexual pleasure that went wrong and she died as a result.”

The killing shocked New Zealand, where serious crime was once considered relatively rare and its cities and countryside considered safe. It also sparked intense debate about New Zealand’s record on violence against women.

Thousands of people held candlelight vigils after Millane’s death in a national outpouring of grief. Prime Minister Jacinda Arden held back tears as she apologised to Millane’s family on behalf of New Zealand.

Her parents, David and Gillian Millane, were present in court.

The trial is expected to last about five weeks.