British Airways faced its first global strike by pilots on Monday and the possibility of almost all its flights being grounded for two days.... 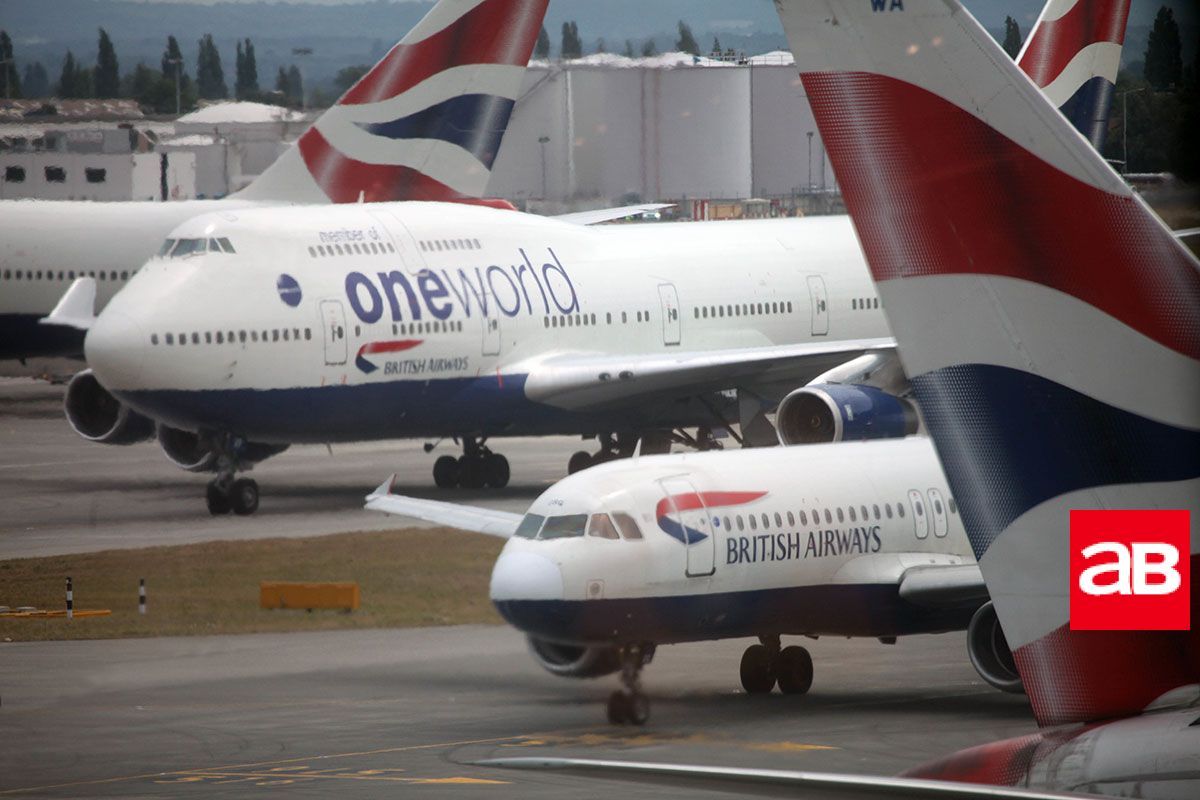 British Airways faced its first global strike by pilots on Monday and the possibility of almost all its flights being grounded for two days.

The UK flag carrier and its 4,300 pilots have been locked in a nine-month pay dispute that could disrupt or alter the travel plans of nearly 300,000 people.

British Prime Minister Boris Johnson’s government urged both sides Friday “to get round the table and sort this out”.

But BA only upped the stakes by reportedly threatening to strip pilots and their families of free travel perks if the strike action goes ahead.

“We make no apology for doing everything we can to protect our customers from further disruption,” a BA spokesperson told the Financial Times on Friday.

The British Airline Pilots Association (BALPA) has rejected a pay increase of 11.5 percent over three years that the airline proposed in July.

It also points out that two other unions representing 90 percent of the airlines’ workers have accepted the 11.5-percent raise.

This leaves some in heavy debt since they must first undergo training that the BBC estimates costs around £100,000.

“One day of strike action will cost BA, on their own figures, £40 million,” BALPA tweeted on Sunday.

“The difference between us now is £5 million. Why won’t they work with us to end this dispute?”

The union said that BA never replied to a counteroffer it made to the airline on Wednesday.

Pilots are threatening to strike for one more day on September 27 — and then possibly again closer to the winter holidays — should the dispute rage on.

BA says a “vast majority” of its travellers have either made alternative arrangements or accepted refunds since being informed of the possible walkout last month.

“We don’t underestimate the inconvenience caused, for which we are deeply sorry,” BA said in a statement to customers on Sunday.

But it remains unclear how many people using BA for just one leg of an extended journey will be affected worldwide.

BA is preparing to cancel 850 flight on Monday.

The Financial Times said the airline normally operates 1,700 flights over a 48-hour span.

IAG has been trying to rebound from a loss of investor confidence that drove its stock price down by almost 40 percent in the past 12 months.

But BALPA general secretary Brian Strutton said the company had adopted a “cost-cutting culture (that) has in the eyes of pilots not only dumbed down a great brand but also made it harder for them to do their jobs”.