Britain’s Foreign Minister Jeremy Hunt warns about the risk of a conflict between the United States and Iran as a result of “unintended escalation.”... 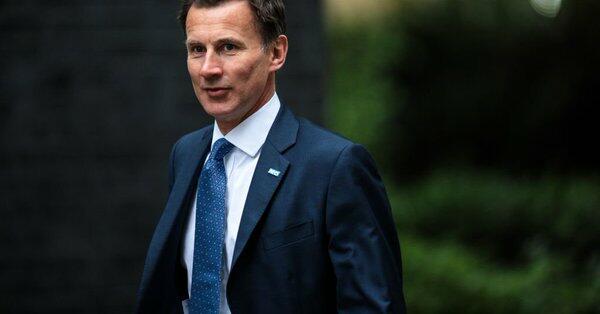 Britain’s Foreign Minister Jeremy Hunt warns about the risk of a conflict between the United States and Iran as a result of “unintended escalation.”

“We are very worried about the risk of a conflict happening by accident with an escalation that is unintended,” Hunt said on Monday in Brussels, where he has traveled for a European Union foreign ministers’ meeting.

However, he claimed that such an escalation would be accidental “on either side,” apparently underplaying the United States’ actions that have led up to the current rise in regional and international tensions.

Since its inauguration, the administration of US President Donald Trump has been leading a policy of “maximum pressure” against Iran.

The policy has Secretary of State Mike Pompeo as its alleged mastermind and National Security Adviser John Bolton as the person who is trying his best to escalate it into military conflict.

Under the policy line, the US left a multi-lateral nuclear deal with Iran, which also has the UK and others as its signatories, last year.

It then reinstated the sanctions that had been lifted under the accord.

The moves came while the accord had been ratified in the form of a United Nations Security Council resolution, making Washington culpable for violating international law.

Washington has also been trying to reduce Iran’s oil exports to “zero,” and sent an aircraft carrier strike group, a bomber squad, an amphibious assault ship, and a Patriot missile battery to the Middle East to try to stack up pressure on Tehran.

Hunt went on to say that “what we need is a period of calm, so that everyone understands what the other side is thinking and most of all to make sure we don’t put Iran back on the path to nuclearization.”

On Wednesday, Iran’s President Hassan Rouhani announced a decision made by the Supreme National Security Council (SNSC), the country’s top security body, to suspend the implementation of some of the Islamic Republic’s commitments under the multinational agreement.

He said the move was aimed at reminding the nuclear deal’s other parties that responsibility for honoring the deal did not lie entirely on Tehran.

The Europeans have, time and again, declared that they would be staying true to the deal and make up for the US withdrawal one way or another without committing to their words, he said.

Rouhani said Europe has succeeded in promoting the deal in word, but has fallen short of putting its words into action, especially in the area of economy.

Hunt said, “If Iran becomes a nuclear power, neighbors are likely to want to become nuclear powers, this is already the most unstable region in the world.”

He added, “We’ll be sharing those concerns with my European counterparts, with Mike Pompeo.”

The Islamic Republic has invariably insisted on maintaining a right to peaceful nuclear energy, but has similarly spurned any intention or endeavor to obtain nuclear weapons as has been stipulated in a decree issued by Leader of the Islamic Revolution Ayatollah Seyyed Ali Khamenei.