If you want to get this briefing by email, sign-up here Brexit: Deal decision at end of week, Macron tells Johnson Boris Johnson has... 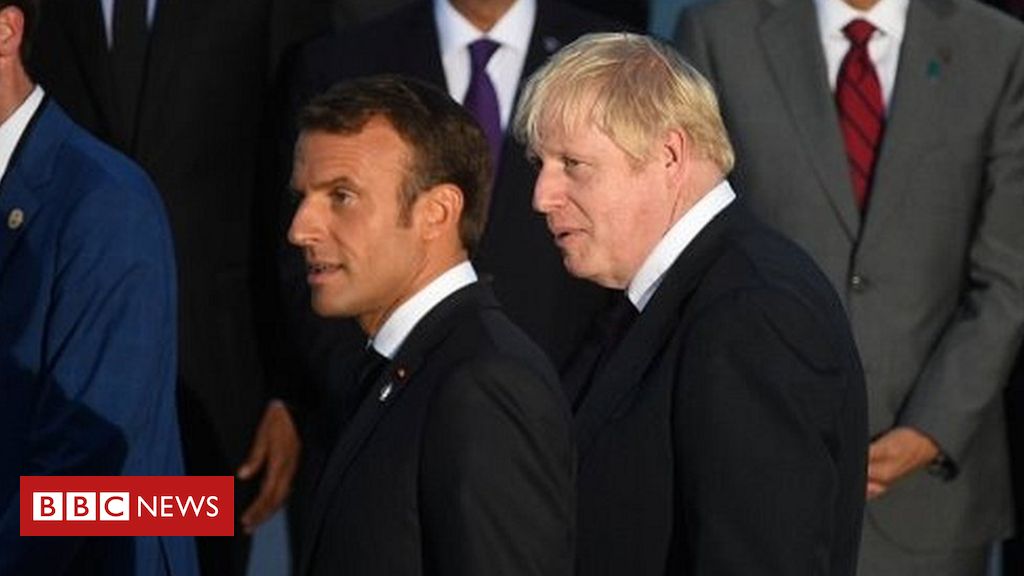 Boris Johnson has been talking to EU leaders about Brexit and one of them, French President Emmanuel Macron, has told him that a decision will be made at the end of this week on whether another deal is possible. Officials will continue discussions from today, but the biggest sticking point continues to be the backstop – the plan in place to prevent the return of a hard border between Northern Ireland and the Republic of Ireland.

As it stands, the UK prime minister is bound by law to request a Brexit delay if Parliament does not agree to a new deal – or no-deal – by 19 October. But Mr Johnson says his plan to deal with the backstop issue, revealed last week, will get the backing of MPs. We run through what’s in it.

Ahead of yet another busy few days, take a look at our guide to Brexit.

Nineteen-year-old Harry Dunn died in August when his motorbike collided with a car near RAF Croughton in Northamptonshire. A suspect in the case, the wife of a US diplomat, left the UK afterwards, despite telling police she did not plan to. Now police are demanding the return of the woman, named as Anne Sacoolas, and are asking the US embassy in London to waive her diplomatic immunity.

Mr Dunn’s mother, Charlotte Charles, said her family wanted to “get some peace for ourselves”. Here are the details of the case.

The police watchdog’s investigation of the handling of false claims of a Westminster paedophile ring cleared five detectives of wrongdoing. But the author of a recent report looking at the process says it was “flawed” and “fell well short” of what was needed. Retired High Court judge Sir Richard Henriques also writes in the Daily Mail that a “malfunctioning police force has not received the necessary oversight”.

However, the Independent Office for Police Conduct says its work was “thorough”.

In July, Carl Beech, 51, from Gloucester, was jailed for 18 years for making false accusations. Here is the story of his life and his lies.

As a re-election strategy, is the US president on to something? It would appear so – although it is unlikely to win him new support.

Polling suggests that, in an already polarised political environment, immigration is the thickest of wedge issues. Think tank Pew found this year that 82% of Republicans were in favour of the wall but for Democrats it was just 6% – the organisation’s Director of Political Research Carroll Doherty said it was “hard to see an issue that’s more partisan than that”. Mr Doherty said there was an “intensity” felt about immigration by Republican voters that Mr Trump will be targeting again.

France and the Irish Republic are uniting to frustrate Boris Johnson’s Brexit plans, the i reports. But the Times says the PM is determined to push his ideas to replace the backstop. And Metro claims Mr Johnson will stay in 10 Downing Street if removed from office by MPs. Elsewhere, the Sun says disgraced pop star Gary Glitter is set to “rake in a fortune”, as one of his songs scores a key scene in the hit film Joker.

The seduction game Inside the world of digital pick-up coaching

If you see one thing today

Welcome to the smart city of the future

How death threats spread in pro- and anti-Brexit Facebook groups

10:30 The winner of the Nobel Prize in Medicine or Physiology is announced.

20:00 New Zealand begins official commemorations of the 250th anniversary of the arrival of Captain James Cook.

1959 Three-hundred people are rescued after being cut off by a fire on Southend Pier.

What if your abusive husband is a cop? (New Yorker)