“Movement on both sides” of cross-party talks is needed in order to resolve the Brexit deadlock, senior cabinet minister David Lidington has said. He... 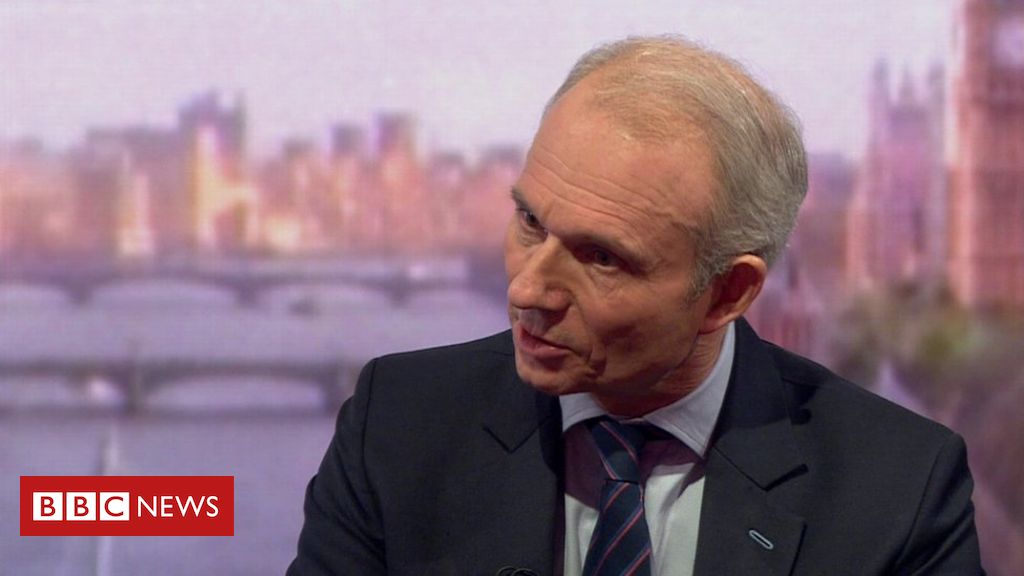 “Movement on both sides” of cross-party talks is needed in order to resolve the Brexit deadlock, senior cabinet minister David Lidington has said.

He told the BBC the government had a “fair bit in common” with Labour but the process was proving “delicate” and could not be allowed to “drag on”.

He said they were “testing” each other’s ideas on acceptable future customs arrangements with the EU.

He also insisted replacing PM Theresa May would “not change the arithmetic”.

Mr Lidington was speaking after former Tory leader Iain Duncan Smith called on the prime minister to stand down next month, amid what he said was real grassroots anger at the prospect of having to fight European elections in May.

Talks between the government and Labour are set to continue over the Easter recess in the hope of finding a Brexit agreement that will be acceptable to Parliament.

A series of working groups in key areas, such as the environmental standards, security and workers’ rights, have been set up to try and find common ground.

The EU has insisted the terms of the UK’s withdrawal, rejected three times by MPs, cannot be renegotiated – but there is scope to strengthen the political declaration, a document setting out the parameters of the UK’s future relations with the EU.

Mr Lidington, who is regarded as Theresa May’s de facto deputy, said he had not set a deadline for the talks to produce a result but the public wanted Parliament to resolve their differences quickly.

“I don’t think the question can be allowed to drag out for much longer,” he said.

Asked whether the government could drop its opposition to a customs union with the EU, as demanded by Labour, Mr Lidington said both sides had well-known “public positions”.

He suggested the two sides were considering whether there was a “mechanism” to deliver the benefits of a customs union, such as tariff and quota-free trade with the EU, while also enabling the UK to have an independent trade policy and input into EU agreements affecting the UK.

“What we have found in terms of objectives… there is fair bit that both parties would have in common,” he said.

“If we are going to find an agreement there needs to be movement on both sides.

But former Conservative leader Iain Duncan Smith said it would be a “recipe for disaster” if his party embraced Labour’s Brexit policy in order to get a deal through Parliament.

“I have real concerns with some of my colleagues going out lauding Jeremy Corbyn,” he told Sky’s Sophy Ridge on Sunday.

“We need to be very clear in the course of this that we don’t end up letting Jeremy Corbyn dictate to us that we stay in a customs union, or we have some kind of second referendum or we are aligned with the European single market.”

Meanwhile, Jeremy Corbyn has been warned Labour will “haemorrhage” votes in the EU election unless the party explicitly backs a further referendum.

MEP Richard Corbett, leader of the party in the EU Parliament, told the Observer Labour risked losing out to parties committed to a public vote.

“If Labour does not re-confirm its support for a confirmatory public vote on any Brexit deal in its manifesto, then it will haemorrhage votes to parties who do have a clear message,” he said.

“If on the other hand we do offer clarity and a confirmatory ballot we could do very well.”

Labour’s current policy is to keep all options on the table – including pressing for a further EU referendum.

Labour MP David Lammy said there was a growing “mood in the party” to accept the government’s withdrawal agreement but only if there was another referendum.

He told the Andrew Marr show that the “rows would continue” unless the public had the final say.

Several members of the shadow cabinet and many backbenchers, particularly in Leave-supporting areas, are opposed to the idea.

Mrs May has consistently ruled out the possibility of a further referendum and many Conservatives would strongly resist the prospect, described last week by Commons Leader Andrea Leadsom as “appalling”.