Alvim, who has disavowed Nazism, has defended his speech as merely a ‘rhetorical coincidence’ Outrage has rained on Brazil‘s government from... 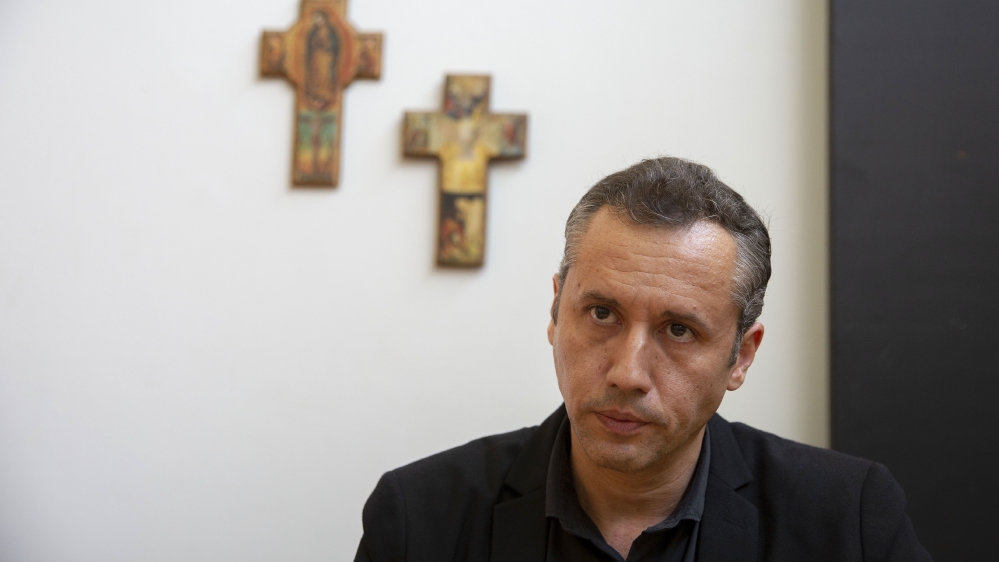 Alvim, who has disavowed Nazism, has defended his speech as merely a ‘rhetorical coincidence’ [File: Eraldo Peres/AP]

Outrage has rained on Brazil‘s government from across the political spectrum after the culture secretary used language similar to that of Nazi propagandist Joseph Goebbels in launching an arts initiative focused on nationalism and religion, forcing President Jair Bolsonaro to fire him on Friday.

The parallels between Thursday’s remarks by Roberto Alvim, who had held the culture post only since November, and those of Goebbels in the 1930s drew irate reactions from Jewish organisations, key legislators, political parties, artists and Brazil’s bar association.

Bolsonaro is normally defiant in the face of criticism, but he quickly removed Alvim.

The far-right president, who often celebrates torturers and killers of Brazil’s 1964-85 military dictatorship, also denounced Nazism and authoritarian regimes in a Twitter post.

Though the government is strapped for cash, Bolsonaro had announced Alvim’s $4.9m arts initiative to foment the production of literature, theatre, opera, music and other arts.

Alvim, a born-again Christian who found renewed faith while recovering from cancer, delivered a separate message about the initiative using a phrase that local media identified as a paraphrase of a 1933 speech by Goebbels.

Website Jornalistas Livres first detected the comparable quote in Peter Longerich’s popular biography on the Nazi propagandist, referenced as a speech to Germany’s theatre scene at the time.

“The Brazilian art of the next decade will be heroic and will be national,” Alvim said in the middle of his speech.

“It will yield great capacity of emotional involvement and it will be equally imperative, as it will be deeply committed to the urgent aspirations of our people, or it will be nothing.”

In his 1933 speech, Goebbels said, “The German art of the next decade will be heroic, it will be steely romantic, it will be factual and completely free of sentimentality, it will be national with great Pathos and committed, or it will be nothing.”

Alvim, who has disavowed Nazism, acknowledged the similarity but said it was merely a “rhetorical coincidence”.

After his firing, Brazil’s culture secretariat removed the video of his speech, saying that was done “in respect to all citizens who felt offended by its content”.

In reaction, the president of Brazil’s lower house said on Twitter that the video went beyond the pale and that Bolsonaro should remove Alvim from his position immediately.

Bolsonaro said in a statement that Alvim’s comments constituted “an unfortunate pronouncement, even though he apologised, that made it unsustainable for him to stay”.

On Friday evening, popular Brazilian actress Regina Duarte, who made her career in soap operas, told local media that she had been invited to replace Alvim, but had yet to decide whether to accept the job or not. She said she was “not ready, but he (Bolsonaro) told me to get ready”.