Brazil Weighs Offers from US, Others to Help Fight Amazon Fires

An aerial view of a burning tract of Amazon jungle as it is cleared by loggers and farmers near Porto Velho, Brazil ... 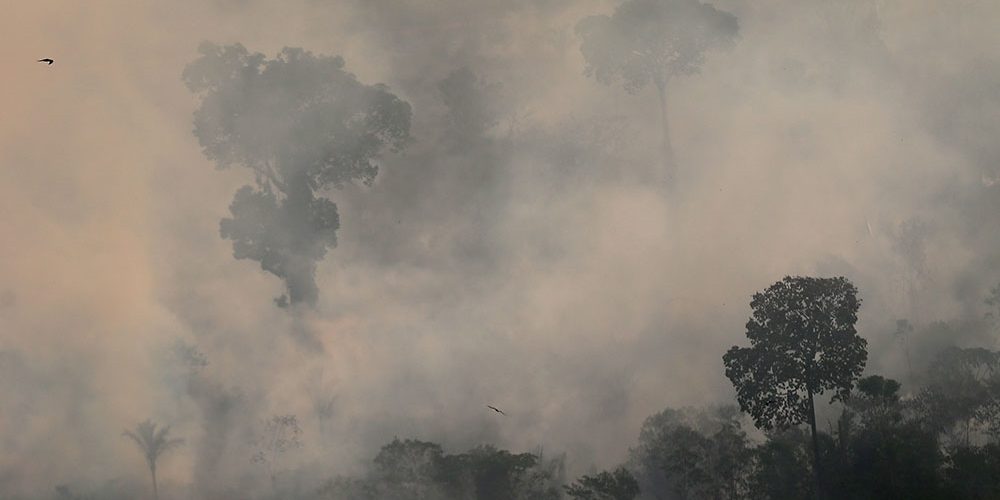 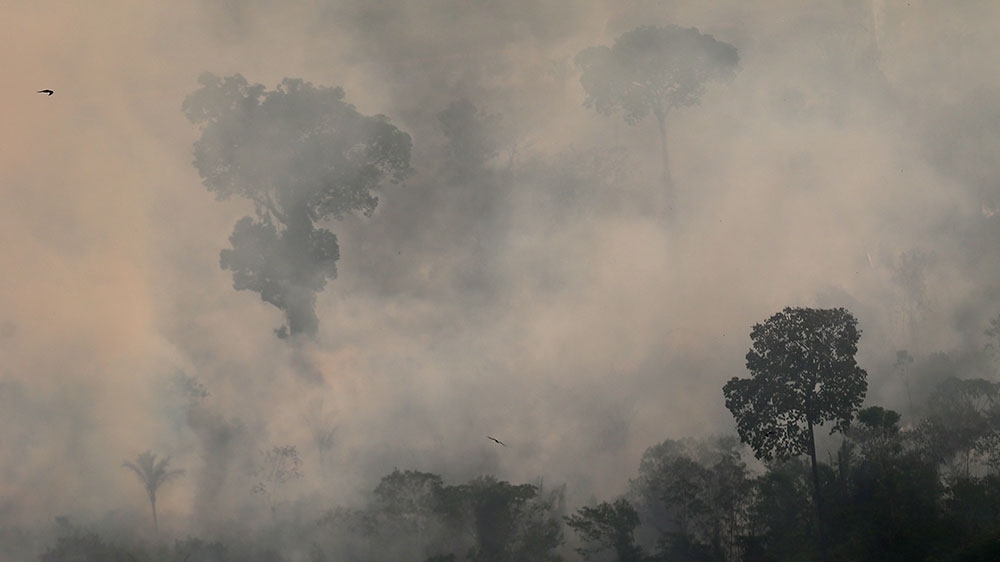 An aerial view of a burning tract of Amazon jungle as it is cleared by loggers and farmers near Porto Velho, Brazil [Ricardo Moraes/Reuters]

Brazilian President Jair Bolsonaro said on Friday he may have news later in the day on his request to US President Donald Trump for help fighting the Amazon rainforest fires, as the country also fields offers from Chile, Ecuador and Israel.

Speaking to reporters in Brasilia, Bolsonaro said news on this front could materialise after Foreign Minister Ernesto Araujo and the president’s son Eduardo Bolsonaro meet the US president, although it was unclear exactly when the meeting would take place.

A White House official confirmed that Araujo and Eduardo Bolsonaro would meet with “senior administration officials” on Friday but gave no further details.

The two flew to Washington, DC, on Thursday evening, with Eduardo Bolsonaro telling reporters before departing that the Amazon crisis would “certainly” be discussed.

The Brazilian president has said he will appoint his son Eduardo as the country’s Brazilian ambassador to the United States, but his name has not yet been sent to the Senate for voting and confirmation.

Separately, Brazil’s joint military chief Raul Botelho told reporters that the country was in touch with the United States, Chile, Israel and Ecuador regarding their offers to help combat the fires. Brazil will ask for help in the moment when it is necessary, he said.

Bolsonaro told reporters on Friday that he would also talk to German Chancellor Angela Merkel later in the day.

“A phone call with Angela Merkel is scheduled for today. I am ready to talk to some people, except our dear Macron, unless he apologizes about our sovereignty over the Amazon,” Bolsonaro said, referring to French President Emmanuel Macron.

Earlier this week Bolsonaro said he would not accept an offer of at least $20m from the G7 countries to help fight the Amazon fires announced by Macron at a G7 nations leaders’ summit unless Macron withdrew what he called “insults” against him.

The two leaders have become embroiled in a public war of words over Brazil’s handling of the Amazon fires and the international response, which has descended into a deeply personal spat.

Brazil is also facing economic pressure over its response to the surge in fires in the Amazon this year. On Friday, the asset management arm of Denmark’s Nordea, one of the Nordic’s biggest banks, said it is suspending purchases of Brazilian government bonds in response to the Amazon fires.

Norwegian pension fund KLP, which has $80bn in assets under management, said this week it had contacted US companies Bunge, Cargill and Archer Daniels Midland asking for “concrete action” to protect the rainforest.

In statements to Reuters news agency on Friday, Bunge and ADM reaffirmed their commitments to keep deforestation out of their supply chains. Cargill did not immediately respond to request for comment.

On Thursday, VF Corp, maker of Timberland, Vans and other apparel brands, said it would stop buying leather from Brazil over environmental concerns.

Bolsonaro also said on Friday he wants to bar the creation of new indigenous reserves in Brazil, and will review those already in place. He made similar comments earlier in the week, which were slammed by indigenous and environmental groups.

Bolsonaro may travel to the Amazon region next week, he told reporters.