Brazilian President Jair Bolsonaro said on Tuesday that Brazil will only accept an offer of international aid to fight thousands of fires raging in... 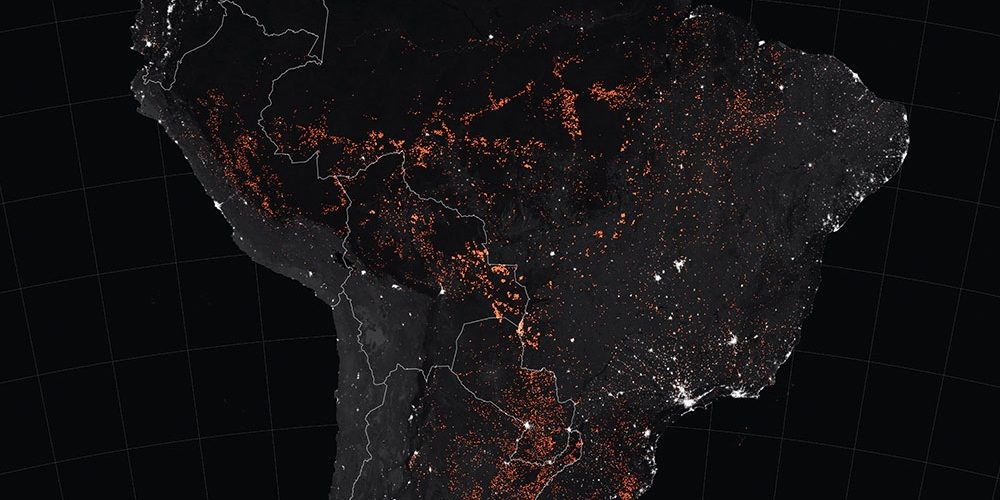 Brazilian President Jair Bolsonaro said on Tuesday that Brazil will only accept an offer of international aid to fight thousands of fires raging in the Amazon if French leader Emmanuel Macron retracts comments that he finds offensive.

The two leaders have become embroiled in a deeply personal and public war of words in recent days, with Bolsonaro mocking Macron’s wife on Facebook and accusing the French leader of disrespecting Brazil’s sovereignty.

Bolsonaro’s Chief of Staff Onyx Lorenzoni also said Brazil would reject the G7 offer of millions of dollars in aid, according to news website G1, although his office said that was his personal view.

Speaking to reporters in Brasilia on Tuesday, Bolsonaro appeared to adopt a slightly more conciliatory stance.
“Did I say that? Did I?” Bolsonaro said when questioned about Lorenzoni’s comments.

“First of all, Macron has to withdraw his insults. He called me a liar. Before we talk or accept anything from France … he must withdraw these words then we can talk,” Bolsonaro said. “First he withdraws, then offers (aid), then I will answer.”

Macron has questioned Bolsonaro’s trustworthiness and commitment to protecting biodiversity. The French president earlier on Tuesday said the Amazon, while mostly Brazilian, was a world issue.

“We respect your sovereignty. It’s your country,” Macron said. “But we cannot allow you to destroy everything.”

The G7 nations have pledged more than $20 million to help fight the flames in the Amazon and protect the rainforest, in addition to a separate $12 million from Britain and $11 million from Canada.

Macron made the offer of financial aid at the G7 summit in the southern French town of Biarritz on Monday after leaders had discussed the fires ravaging the world’s largest tropical rainforest – often dubbed “the lungs of the world”.

“He is working very hard on the Amazon fires and in all respects doing a great job for the people of Brazil – Not easy. He and his country have the full and complete support of the USA!” Trump wrote in a post on Twitter.

The number of blazes recorded across the Brazilian Amazon has risen nearly 80 percent this year through August 25, according to Brazil’s space research agency. The fires are not limited to Brazil, with at least 10,000 square kilometers (about 3,800 square miles) burning in Bolivia, near its border with Paraguay and Brazil.

But Brazil is centre of focus over the blazes, which Bolsonaro has blamed on the weather as well as environmentalists, non-government organisations – allegations NGOs have denied. 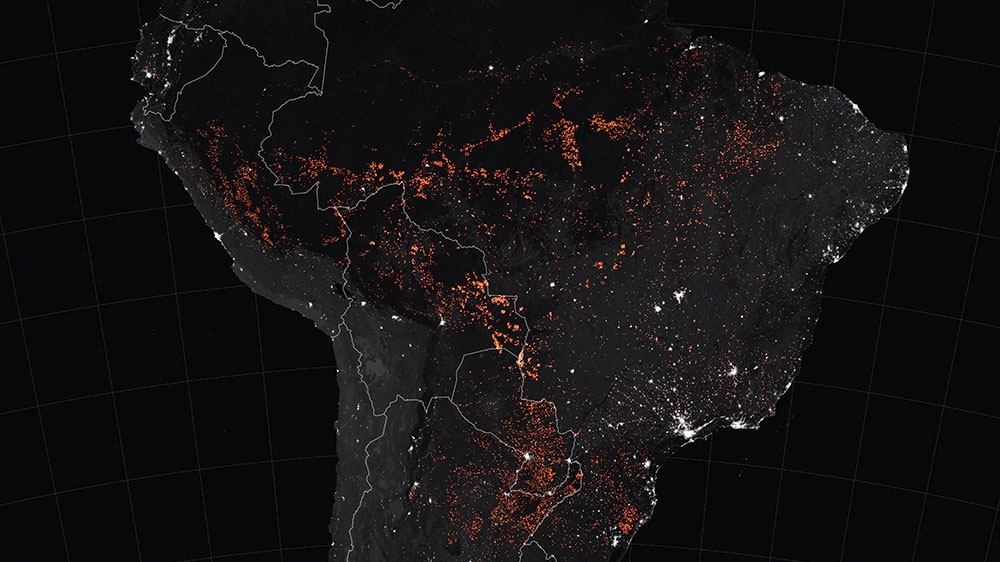 Environmentalists and non-governmental groups have attributed the spike in blazes to farmers setting the forest alight to clear land for pasture and to loggers razing the forest for its wood, with INPE itself ruling out natural phenomena being responsible for the surge.

Critics say Bolsonaro’s weakening of Brazil’s environmental agency, IBAMA, and push to open up the Amazon region for more commercial activity has emboldened such actors and created a climate of impunity for those cutting down the forest illegally.

Preliminary data published by INPE showed deforestation in the Brazilian Amazon skyrocketed in June and July under Bolsonaro’s watch.

Weak rainfall is unlikely to extinguish a record number of fires raging in Brazil’s Amazon anytime soon, with pockets of precipitation through September 10 expected to bring only isolated relief, according to weather data and two experts, speaking to Reuters news agency.