SAO PAULO (AP) — After producing some uninspiring soccer in the group stage and quarterfinals, the Copa América reaches the last four with a... 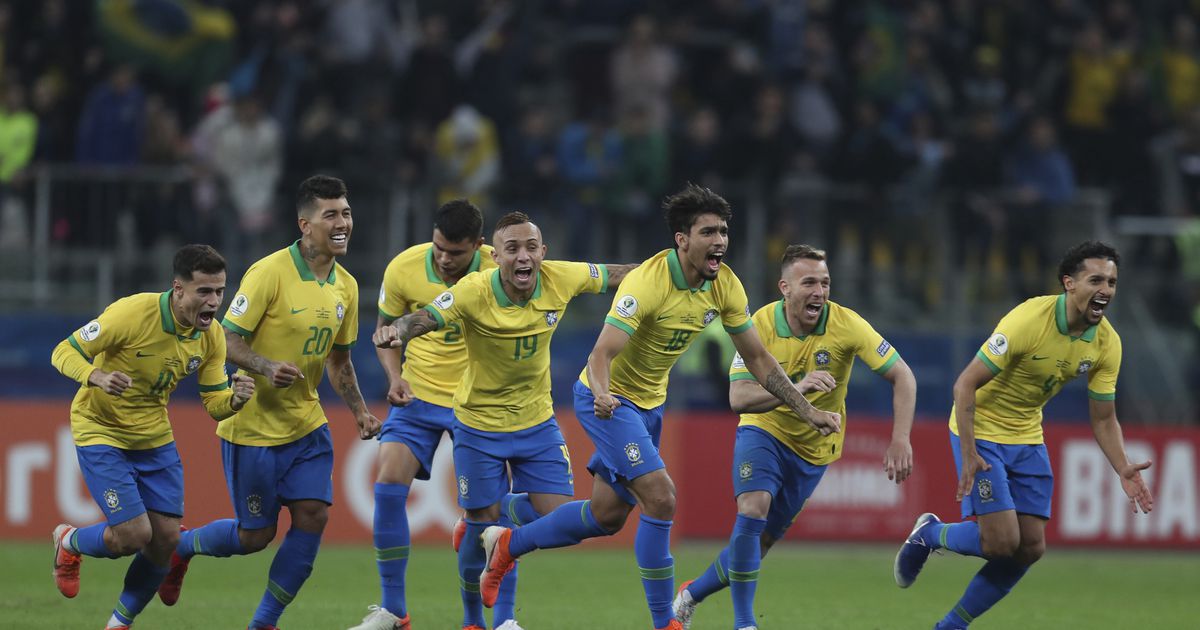 SAO PAULO (AP) — After producing some uninspiring soccer in the group stage and quarterfinals, the Copa América reaches the last four with a blockbuster matchup between host Brazil and Lionel Messi’s Argentina.

The other semifinal will feature two-time defending champion Chile and surprising Peru, which on Saturday ousted continental powerhouse Uruguay from the decisive stage of the South American competition.

Peru eliminated Uruguay in a lackluster quarterfinal round in which three of the four matches ended in penalty shootouts after scoreless draws, with the exception being Argentina’s 2-0 win over Venezuela.

The quality of soccer in the group stage also disappointed, with a series of poor performances even by the favorites. Brazil struggled and was booed by the home crowd in a couple of matches, while Argentina barely escaped early elimination. Uruguay and Colombia were among the teams that impressed the most, but both failed to advance past the last eight.

Bad field conditions at several of the stadiums in Brazil also didn’t help, with Messi and several other players and coaches loudly complaining.

With expensive tickets and uninteresting matchups early on, many games had extremely low attendances. The smallest crowd came to the match between Ecuador and guest team Japan at the 62,000-capacity Mineirão Stadium, when only about 2,100 fans paid for tickets. The final attendance was 7,623 because of gratuity entrances.

There were no tickets left for Tuesday’s much-anticipated game between Brazil and Argentina, the longtime South American rivals who will arrive in Belo Horizonte under heavy pressure to succeed. Playing at home, only the title will satisfy Brazil fans and ease the pressure on coach Tite, while failure for Argentina will extend the team’s winless run without a trophy with Messi in the squad.

“Argentina will always be Argentina, even if it’s not going through a good moment,” Brazil defender Thiago Silva said. “We have a lot of respect for them.”

The high-profile match will take place at the Mineirão, the same venue where Brazil was stunned 7-1 by Germany in the World Cup semifinals in 2014.

“Nobody will forget what happened then. That match against Germany was horrible for us,” Silva said. “But that was a different situation. Now we are facing Argentina and we need to focus on playing our game. We will need to be careful because it’s a team that has the best player in the world.”

Brazil’s last match at the Mineirão was against Messi and Argentina in qualifying for the 2018 World Cup, and that time the hosts easily won 3-0 with one of the goals scored by Neymar, who missed this year’s Copa América because of an ankle injury.

Brazil, seeking its first South American title since 2007, is unbeaten against Argentina in official matches at home.

“They have players that can make the difference up front,” Messi said of Brazil after Argentina defeated Venezuela to reach the semifinals. “We thought we would finish first in the group and be on the other side of the draw, but we are in semifinals and only the best teams are here.”

Argentina needs to get past Brazil to keep alive its hopes of ending a 26-year title drought for the senior squad. It lost the last two Copa América finals on penalty shootouts against Chile, which will face Peru on Wednesday at the Arena Grêmio in Porto Alegre.

Led by Manchester United forward Alexis Sánchez, Chile will be trying to reach its third straight Copa América final and win its third continental title. It can become the first nation to win three consecutive Copa titles since Argentina in the late 1940s.

Peru, led by veteran striker Paolo Guerrero, also is a two-time South American champion, but its last title was in 1975. It reached the semifinals in two of the last three tournaments, finishing third both in 2011 and 2015.

“We are used to being the underdogs,” Guerrero said. “We’ve showed that we have heart and courage.”