MELBOURNE, Australia (AP) — The 2019 version of Valtteri Bottas is leading a Formula One championship for the first time. Sure, he’s only one... 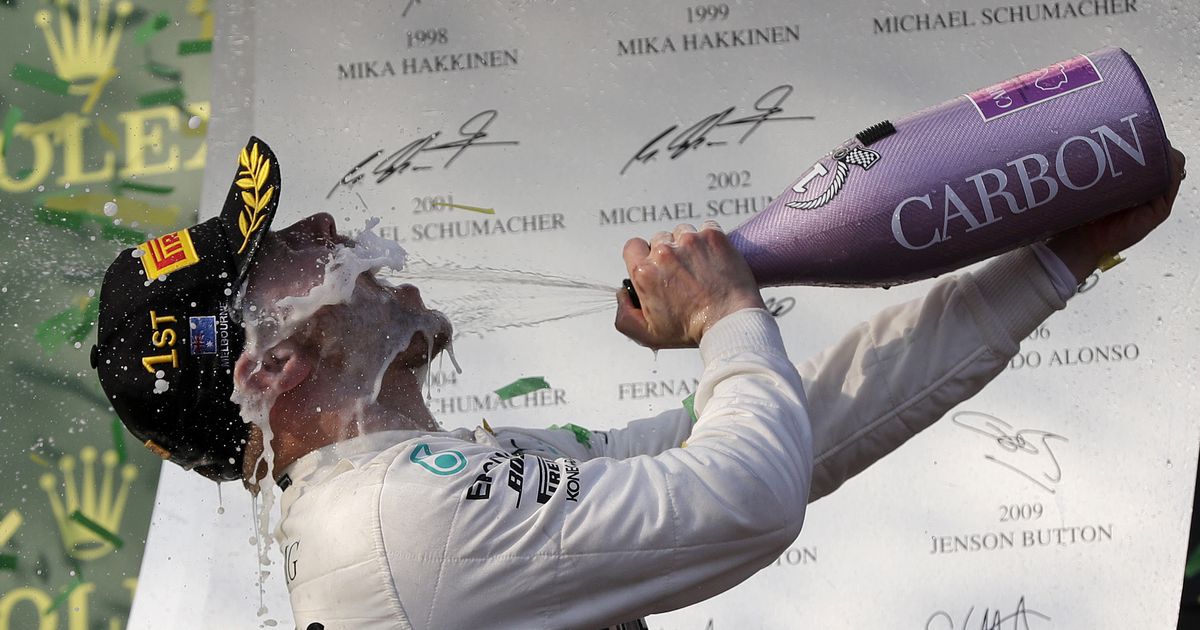 MELBOURNE, Australia (AP) — The 2019 version of Valtteri Bottas is leading a Formula One championship for the first time.

Sure, he’s only one Grand Prix into the season, he concedes, but it was a big one.

Bottas started from the front row of the grid for the first time at the Australian Grand Prix — formerly his least favorite F1 circuit — and beat Mercedes teammate Lewis Hamilton to the first corner.

He never let Hamilton back into the race, a striking contrast with 2018. He was the loyal No. 2 at Mercedes last season and helped his teammate to a fifth world championship, finishing 2018 in fifth spot — a performance that put his own seat in jeopardy.

The 29-year-old Finn kept his emotions in check after what he described as the drive of his life to win the Australian GP on Sunday, his fourth F1 title and his first since 2017 — the year he won three.

“Well done Valtteri, you won!” came a composed voice over the team radio as Bottas took the checkered flag. “That’s pay back from last year Valtteri.”

A combination of mechanical problems, some bad luck and team instructions thwarted Bottas’ opportunities last season, when Hamilton was so dominant.

Bottas had never finished higher than third in Australia, and was eighth here 12 months ago after qualifying in 10th place.

In qualifying this weekend, he held the lap record temporarily until Hamilton swooped on the last lap and with seconds to go to take that from him, along with pole position.

It didn’t worry Bottas, who did a lot of soul-searching over the winter break and has come back physically and mentally stronger.

He gradually built his margin to more than 20 seconds to Hamilton, and decided chasing the new bonus point for fastest racing lap — new in F1 this year — was worth the risk, even on old tires.

Message from the crew: “The only way we can lose this race is by not having rubber for a safety car.”

Result? He produced the quickest lap of the race and collected an extra point for the weekend, giving him a championship lead with 26 points.

His winning margin was emphatic over Hamilton, who held off a fast-finishing Max Verstappen for Red Bull. The Ferraris, widely tipped to outpace everyone, were a distance fourth and fifth.

Some other talking points from the weekend:

While he’s been great in qualifying in Australia — winning pole position six straight years and eight overall — Hamilton has finished in second place in his last four races at Albert Park since winning the 2015 GP.

He was beaten off the start by teammate Bottas and never had the lead.

“A little bit frustrating when you have a good weekend up to then,” the five-time world champion said.

WHY ARE WE SO SLOW?

Four-time world champion Sebastian Vettel asked the question everyone wanted an answer for when he spoke to his Ferrari crew over the radio and said: “Why are so slow?”

Vettel had been aiming to match Michael Schumacher’s record of winning three consecutive Australian GP titles but, despite finishing fourth, wasn’t even close to a podium after starting from third on the grid.

Ferrari was expected to have the fastest cars at Albert Park, based on winter testing, but Vettel finished 57 seconds behing Bottas’ leading Mercedes and 35 seconds behind Red Bull driver Max Verstappen, who audaciously overtook him on the outside on lap 31 of 58. Charles Leclerc was fifth in his first F1 for Ferrari.

“I guess we were just slow,” Vettel said after the race. “I didn’t have much chance to fight anyone, just a case of getting to the end. Not quite sure what the issue was.”

Leclerc seemed set to overtake Vettel late in the race but was told by the team basically to back off.

“I had the pace to get past Seb, but the team decided to freeze the positions via team radio,” Leclerc said. “And in the end there was nothing to win — I understand.”

Red Bull switched from Renault to Honda engines for 2019, and delivered the Japanese automaker its first F1 podium since 2008.

“To pass a Ferrari, to be racing wheel-to-wheel on the straight with them is really positive,” he said.

Verstappen was challenging Hamilton in the later laps and finished less than two seconds behind.

“I think in general the engine has been performing very well without any issues,” Verstappen said. “I guess time will tell if we can fight for top spot.”

IN MEMORY OF CHARLIE

Before the start of Sunday’s race, drivers and F1 staff lined up behind a sign that said “Thank You Charlie.”

The same message was stenciled in the Mercedes racing cars, and eventual winner Bottas took time out to thank former race director Charlie Whiting for his contribution to the sport and his help for all drivers.

Whiting died suddenly from a pulmonary embolism in Melbourne on the eve of the season-opener, and his presence and influence will be widely missed as the sport’s international governing body tries to find a permanent replacement.