Soft Brexit ‘cannot happen and will not happen’ vows Boris as PM prepares to bow to Corbyn’s demands for a customs union Theresa May paved...

By Jack Doyle for the Daily Mail

Boris Johnson has vowed Tory MPs will not let Theresa May steer the country toward a soft Brexit, despite her moves to potentially broker a deal with Labour leader Jeremy Corbyn.

Mrs May paved the way for a customs union deal with Labour last night as she pledged to ‘compromise’ to ensure Brexit happens.

In an informal statement aimed directly at voters, Mrs May argued she had no choice but to try to find a cross-party agreement with Jeremy Corbyn because otherwise Britain might not leave the EU at all.

She said the referendum campaign was not fought on party lines and the public wanted to see politicians ‘working together more often’. 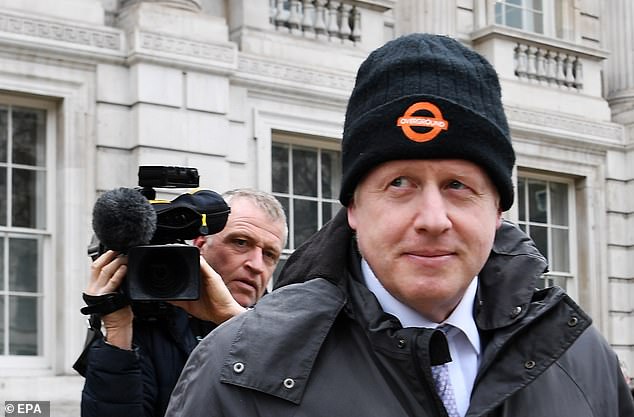 But Mrs May’s approach is flatly contradicted by Mr Johnson today. Writing in The Daily Telegraph he says remaining in a customs union ‘would make a total and utter nonsense of the referendum result’.

He claims the Tories would be ‘tearing up a promise made thousands of times in Parliament and elsewhere’ by acceding to Mr Corbyn’s custom union demands.

He adds: ‘We would be out of the EU, but in many ways still run by the EU. It would be the worst of both worlds, not just now, but forever – and that is why I find the news so appalling that I don’t really believe it.’

Formal talks between No 10 and Labour broke down on Friday night, but are expected to begin again today after informal contact over the weekend.

In an attempt to break the deadlock, Mrs May could agree to accept elements of Labour’s plan for a ‘softer’ Brexit, including a customs union and alignment with EU rules on employment and the environment. No 10 is also considering whether to make elements of the deal legally binding to prevent them being torn up by Mrs May’s successor. Dubbed a ‘Boris-lock’ (after Mr Johnson), this would mean putting into law some elements of the agreement so a parliamentary vote would be needed to overturn them. 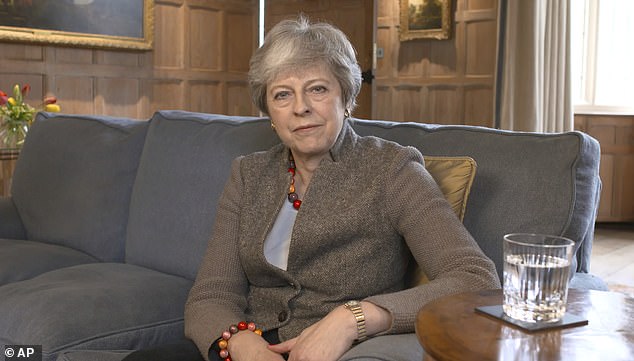 Allies of the Prime Minister say she is determined to make progress in the talks as she prepares to travel to Brussels on Wednesday, to seek a further extension to Article 50. She has asked for a delay until June 30 with a break clause to allow the UK to leave ahead of European elections on May 22 if a deal has passed by then.

Germany is thought to be sympathetic to a shorter extension, but France is resisting. EU Council president Donald Tusk has suggested the break clause could be accepted, but with a much longer extension of a year.

In the social media clip, filmed sitting on a sofa in the Hawtrey Room at Chequers – the Prime Minister’s Buckinghamshire retreat – Mrs May said people had been asking her, ‘what on Earth’s happening with Brexit?’ with nearly three years having passed since the referendum. Suggesting she accepts that her own deal is dead, she said MPs had rejected it three times and ‘I can’t see them accepting it’.

The Prime Minister also warned that Parliament had rejected a No Deal exit and was now ‘legislating to block No Deal’. 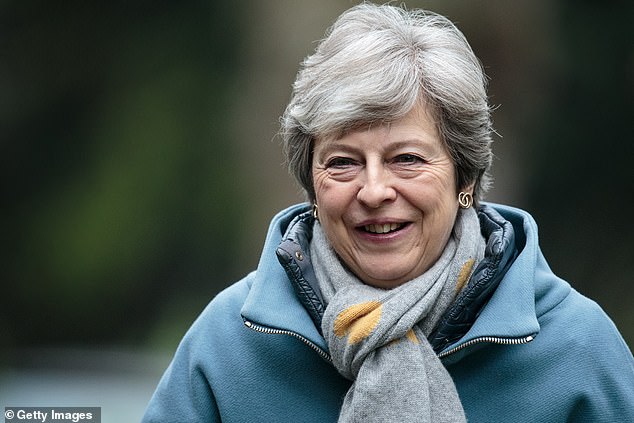 While staying in the EU’s customs union would allow frictionless trade with other member states to continue, the UK would have to abide by the bloc’s tariffs and trade regulations, and it would seriously hamper the country’s ability to strike commercial deals with non-EU countries.

A Bill tabled by Tory backbencher Sir Oliver Letwin, which could be used to force Mrs May to delay Brexit, will continue its passage in the Lords today and is likely to receive Royal Assent this week.

As a result of these constraints, Mrs May argued, the only choice was ‘either leaving the EU with a deal or not leaving at all’. She added: ‘Now I think, the Government thinks, we absolutely must leave the EU. We must deliver Brexit. That means we need to get a deal over the line.’

Her only option was a ‘new approach’ of holding cross-party talks, she said. ‘When you think about it, people didn’t vote on party lines when it came to the Brexit referendum. You know I think often that members of the public want to see their politicians working together more often. 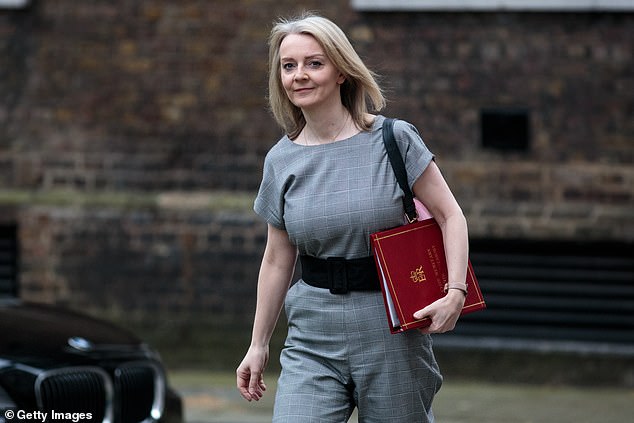 ‘There are lots of things on which I disagree with the Labour Party… But on Brexit I think there are some things we agree on: ending free movement, ensuring we leave with a good deal, protecting jobs, protecting security.

‘And so we are talking. Can we find a way through this that ensures that we can get a good deal and a deal agreed through Parliament?’ With a laugh, she added: ‘It’ll mean compromise on both sides but I believe that delivering Brexit is the most important thing for us. People voted to leave the EU (and) we have a duty as a Parliament to deliver that.’

Cabinet ministers were also divided over Mrs May’s approach. Treasury Chief Secretary Liz Truss said a flexible extension ‘sounds like purgatory’ and warned against the UK being stuck in ‘limbo’.

Leader of the Commons Andrea Leadsom said she was agreeing to the Labour talks ‘through gritted teeth’. But she said the Tories must be willing to give ground to stop Brexit ‘slipping away’.

Leadership contender Dominic Raab said it was a ‘desperate’ decision to hold talks with Mr Corbyn, claiming it was ‘potentially disastrous for the nation’.