Bond Investors Are Keeping Their Faith In Asia Despite Trade Tensions

SINGAPORE (BLOOMBERG) – Bond investors are keeping their faith in Asia, a region they view as being relatively stable even as an escalation in... 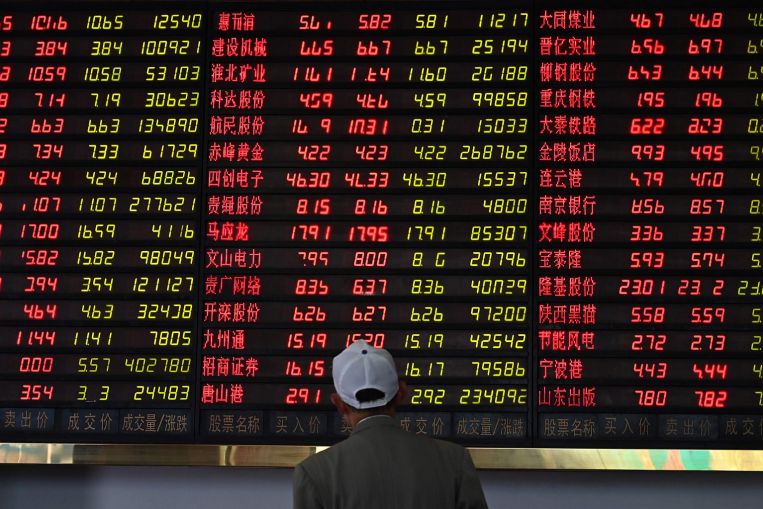 SINGAPORE (BLOOMBERG) – Bond investors are keeping their faith in Asia, a region they view as being relatively stable even as an escalation in the trade war threatens to dent global growth.

Asian policy makers have more capacity to support the region’s economies, with inflation running below targets meaning that central banks can cut interest rates if needed, according to Aberdeen Standard Investments. Opportunities can be found in countries such as China and Papua New Guinea, where reforms to open up their markets to foreign investors are taking place, NN Investment Partners said.

“Asia is where you’ll sleep a little better at night,” said London-based Edwin Gutierrez, who manages US$14 billion as head of emerging-market sovereign debt at Aberdeen. He favors local-currency debt in India and the Philippines as they are less directly hit by the trade conflict. “The markets are supported by low inflation and the fact that Asian central banks have a lot of flexibility to ease monetary policy.”

Demand for Asia’s relative safety comes as investors soured on riskier assets on the back of rising odds of a full-blown trade war between the US and China. President Donald Trump earlier this month delivered on his threat to more than double tariffs on the Asian country, and Beijing responded that it’s been forced to retaliate.

Local debt issued by emerging Asia with currency hedges handed investors a return of 1.0 per cent since May 3, as Trump began ratcheting up pressure with plans to raise tariffs on Chinese goods, a Bloomberg-Barclays index shows. That compares with a 0.4 per cent gain in a measure tracking similar debt across global emerging markets.

Asia’s domestic debt is attractive because the region is ahead when it comes to the monetary-easing cycle compared with Latin America, Aberdeen’s Gutierrez said, adding that he’s looking to add Indonesia local currency government bonds on any sell-offs. Most of the central banks in South America have just paused in raising rates, so it would take them longer to introduce stimulus again, he said.

Malaysia and the Philippines have cut their benchmark rates since the first weekend in May, while other emerging markets including Brazil, Chile, Peru, as well as Mexico have left their policy rates unchanged.

For Mr Gutierrez, the risks for local-currency bonds lie in their currencies, which have been hit by the trade spat. Five of the 10 worst-performing emerging-market currencies this month are from Asia.

“The rates story is a lot cleaner than the FX story,” Mr Gutierrez said. A further deterioration in the trade dispute will likely prompt more stimulus measures from Asian policy makers if it starts to take a toll on Chinese growth, he said.

Emerging Asia’s hard-currency bonds are withstanding the market turmoil, with a gain of 0.3 per cent since May 3, compared with an overall flat performance in global emerging-market dollar bonds, JPMorgan Chase & Co. indexes show.

Asia remains a “core investment” for Leo Hu, NN Investment’s senior portfolio manager in Singapore for hard-currency emerging-market debt. Reforms are continuing in China, which is opening up its financial markets, and in Papua New Guinea, where laws are being strengthened to encourage foreign investments, he said. The investor also favors Pakistan, which will be under an International Monetary Fund program.

“It’s more about high-quality growth,” said Mr Hu, who helps oversee about US$10 billion of emerging-market debt. “It’s about reforms. Even the trade tensions between the US and China, it’s about China implementing reforms. Although the process to get there could be very painful, eventually on a medium-term trajectory, reforms are very helpful.”