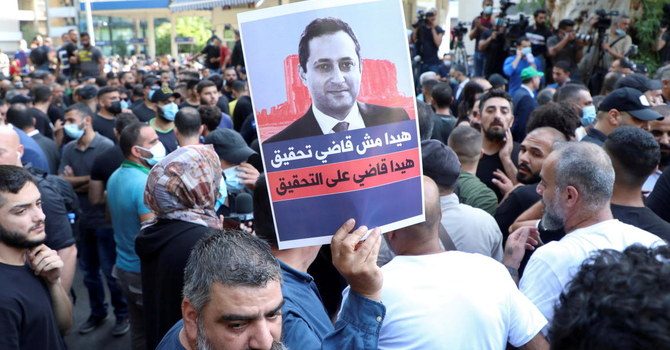 Beirut4 Beirut Explosion1 Lebanon23 Middle East12
BEIRUT: The Lebanese judge charged with investigating the Beirut port blast demanded Friday the immediate arrest of a former minister who has refused to... 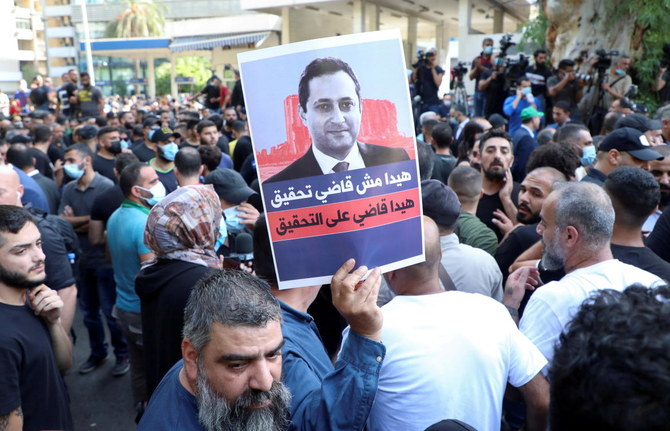 BEIRUT: The Lebanese judge charged with investigating the Beirut port blast demanded Friday the immediate arrest of a former minister who has refused to appear before court, a judicial source said.

The investigation into the massive explosion at Beirut port on August 4, 2020 resumed Wednesday after a two-month hiatus caused by multiple lawsuits seen as seeking to hamper the work of judge Tarek Bitar.
The judiciary rejected the lawsuits against the judge — filed primarily by senior political figures who have been targeted in his investigation — allowing Bitar to resume his work.

His first task was to submit to the top prosecutor an arrest warrant against former finance minister Ali Hassan Khalil, the judicial source said on condition of anonymity.

Bitar demanded the “immediate” arrest of Khalil, who is considered the right hand man of parliament speaker Nabih Berri who heads the Shiite Amal movement.

The director-general of the interior security forces, Emad Osman, had refused an earlier request for the arrest of Khalil citing an article of the constitution.

“The refusal of a security apparatus to implement an arrest warrant constitutes a dangerous precedent that goes against the decisions of the judicial authority,” the source said.

In a country where political leaders determine judicial appointments, including in top courts, there is little room for the judiciary to work against Lebanon’s ruling elite.

Bitar’s determination to question senior officials over the blast has earned him the respect of the victims’ families — and the enmity of the political elite, particularly the Shiite alliance of Hezbollah and Amal.
Deadly clashes broke out in October after the two Shiite parties called for his removal as head of the probe.

The two parties have since prevented the Lebanese cabinet from meeting in a bid to force Bitar’s removal.

The 2020 blast killed 215 people and injured more than 6,500 others, destroying much of the Beirut port and devastating entire neighborhoods of the capital.

The explosion was caused by a huge stockpile of ammonium nitrate that had been improperly stored at the port for years, prompting accusations of gross negligence on the part of the authorities.